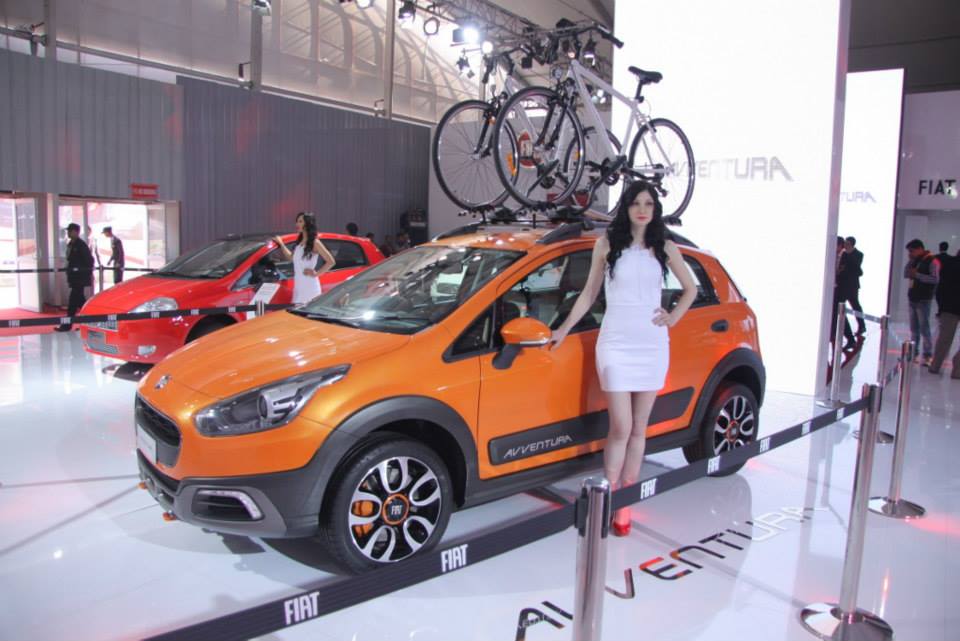 Fiat India has stated that Avventura compact SUV is due for launch in the first week of October. It was revealed today at the launch of Fiat Punto EVO hatchback when the company announced that it will bring Avventura during the festive season in the month of October. Moreover, the company will also launch the performance Abarth 500 in the country by year end.

Fiat calls the Avventura ‘CUV’ which refers to Compact Utility Vehicle or Contemporary Urban Vehicle. It has been spied numerous times with camouflage near the company’s manufacturing unit in Ranjangaon, Maharashtra. The Avventura compact UV was also showcased at the 2014 Indian Auto Expo. Its design, especially the front fascia, is inspired heavily from the recently launched Punto EVO. The compact SUV also gets roof rails, an additional exposed spare wheel, all new alloy wheels etc. to mention a few. Inside the cabin, the company has come up with contrast stitching in order to distinguish it from the sibling hatchback.

As far as mechanical aspects are concerned, the Avventura crossover will borrow the engines directly from the Punto hatchback. It will in-house the same 1.2-litre and 1.4-litre petrol motors while the diesel variants would don the company’s tried and tested 1.3-litre Multi-jet diesel engine. The power would be transferred to the front wheels of the SUV via a 5-speed manual gearbox. However, the vehicle displayed at the Auto Expo had a 6-speed manual transmission. The company is not planning to introduce an automatic transmission with the compact SUV, momentarily. It would lock horns with the likes of Ford EcoSport, Renault Duster and Nissan Terrano and the expected price domain is around Rs. 6-8 Lakhs.