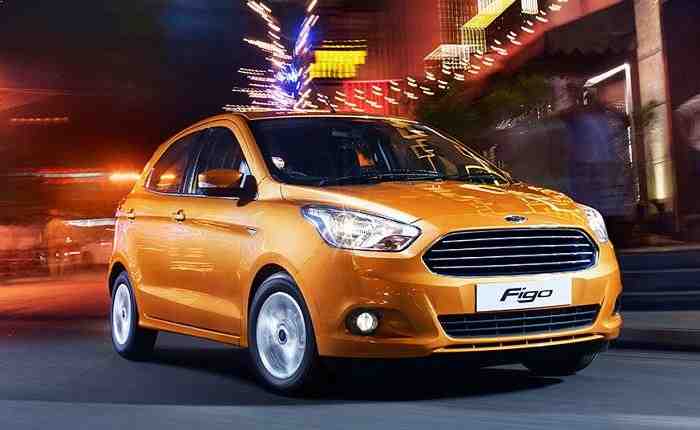 New Ford Figo 2016 symbolizes a much more contemporary approach in design and style domain. The hatchback is available within the price range of Rs. 4.53 lakh – Rs. 7.27 lakh (ex, Delhi).

Ford India has revised the prices of the new generation Figo hatchback, which was launched in 2015. The company has reduced the prices of the top-end Titanium and Titanium+ trims by up to Rs. 50,000. While the petrol Titanium+ is cheaper by Rs. 30,000 and is now priced at Rs. 6.28 lakh, the diesel variant costs Rs. 7.17 lakh that is cheaper by Rs. 50,000. The new Figo is based on the Aspire compact sedan and has received an all-new design and additional features along with a new engine lineup. The hatchback is available in five trim levels — Base, Ambiente, Trend, Titanium and Titanium+ – and three engine options – a 1.2-litre Ti-VCT petrol, and a 1.5-litre Ti-VCT petrol and a 1.5-litre TDCi diesel. While the 1.2-litre Ti-VCT and 1.5-litre TDCi diesel mills are paired to a 5-speed manual transmission, the 1.5-litre Ti-VCT diesel motor gets a 6-speed ‘PowerShift’ dual-clutch gearbox. Read More- New Ford Endeavour 2016- All You Need to Know

Read: Here’s Everything You Should Know About Ford Figo Aspire 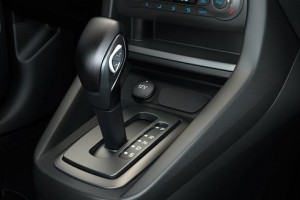 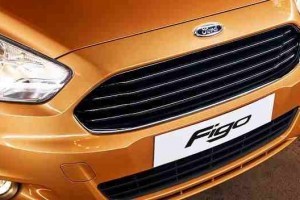 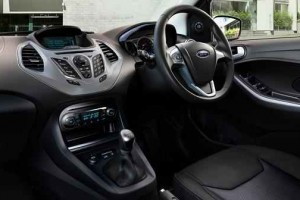 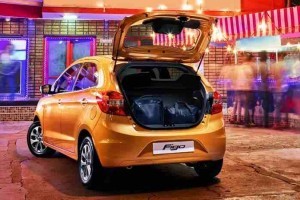 Sharing some of its design cues with the Figo Aspire, the new Figo hatchback symbolizes a much more contemporary approach in design and style domain. The car’s front fascia looks sporty with an Aston Martin-inspired front grille, large swept-back headlights, and a pair of fog lamps (available only on the mid and upper level trims). The underlining body-toned bumper further adds to its appeal.

The side profile is slightly taller and longer than the old model. While the higher variants are equipped with the 14-inch alloy wheels wrapped with 175/65 R14 tyres, the lower variants ride on the steel wheels of the same size. The vehicle also sports a raked windshield, bold line connecting taillight enclosure and a well-designed rear bumper. The new Figo Ford 2015 is available in 7 exterior color options – Golden, White, Grey, Silver, Black, Blue and Red. The interior, too, looks refreshing with an all-black interior theme and black-coloured steering wheel, centre console, door panels and black seats. The car also gets silver accents on door armrests and chrome surrounded AC vents. Features like a 4.2-inch SYNC multimedia infotainment system and automatic climate control are exclusively offered on the top-end variant of the lineup. While, the instrument cluster and switchgear are borrowed from the Figo Aspire.