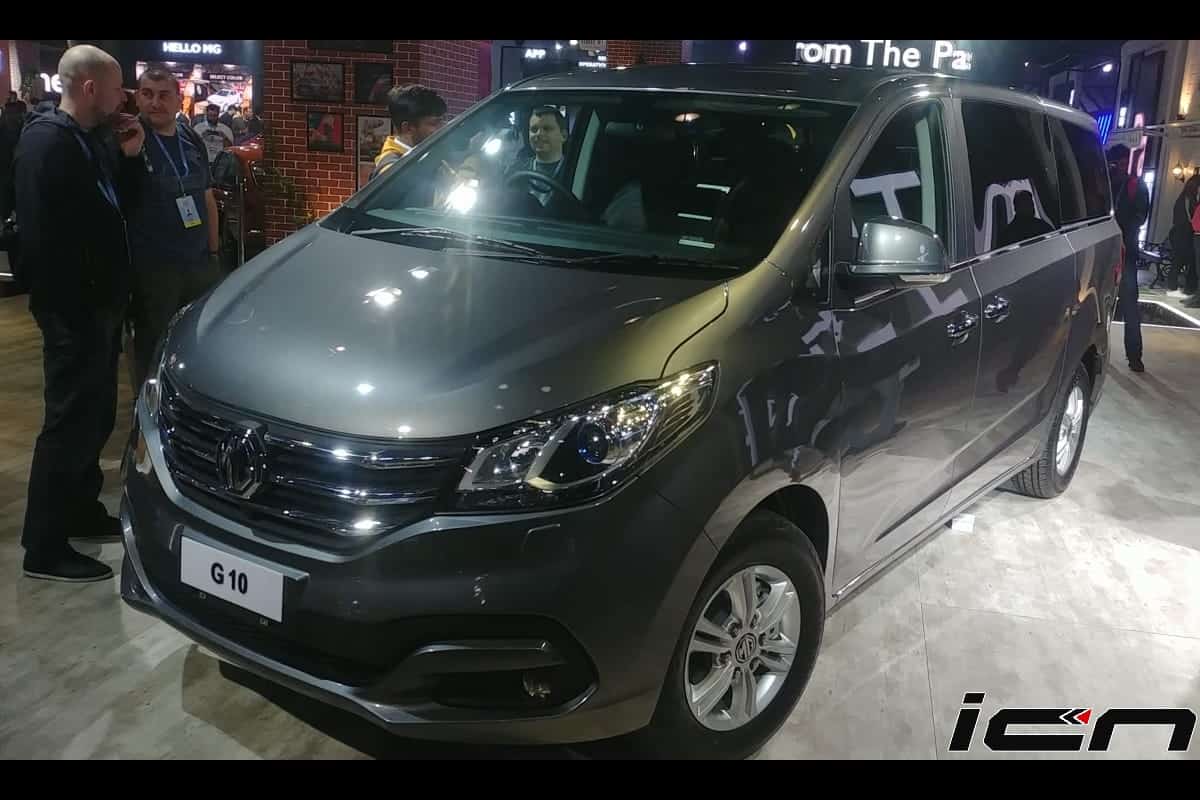 Morris Garages has unveiled the all-new MG G10 MPV at the ongoing Auto Expo 2020. Rajeev Chaba, President & MD, MG India has confirmed that the MPV will soon see a release in the Indian market. The G10 is essentially the rebadged Maxus G10 that’s likely to be brought here via CKD (completely knocked down) route and then assembled at the carmaker’s Halol based plant. Read – 10 Facts About MG Golster 7-Seater SUV

Interior of the G10 MPV is packed with a 6-speaker audio system, dual-zone automatic climate control, a panoramic sunroof and a moon roof. In terms of proportions, the new MG MPV measures 5,168mm in length, 1,980mm in width and 1,928mm in height with a wheelbase of 3,210mm. This makes it significantly longer, wider and taller than the newly-launched Kia Carnival. Similar to the global model (Maxus G10), the G10 MPV might be offered in three seating configurations – 7-seats, 9-seats and 10-seats. Read – 8 Key Facts About MG Hector 6-Seater SUV

More information on the new MG MPV are likely to be revealed in near future. Stay tuned to IndiaCarNews.