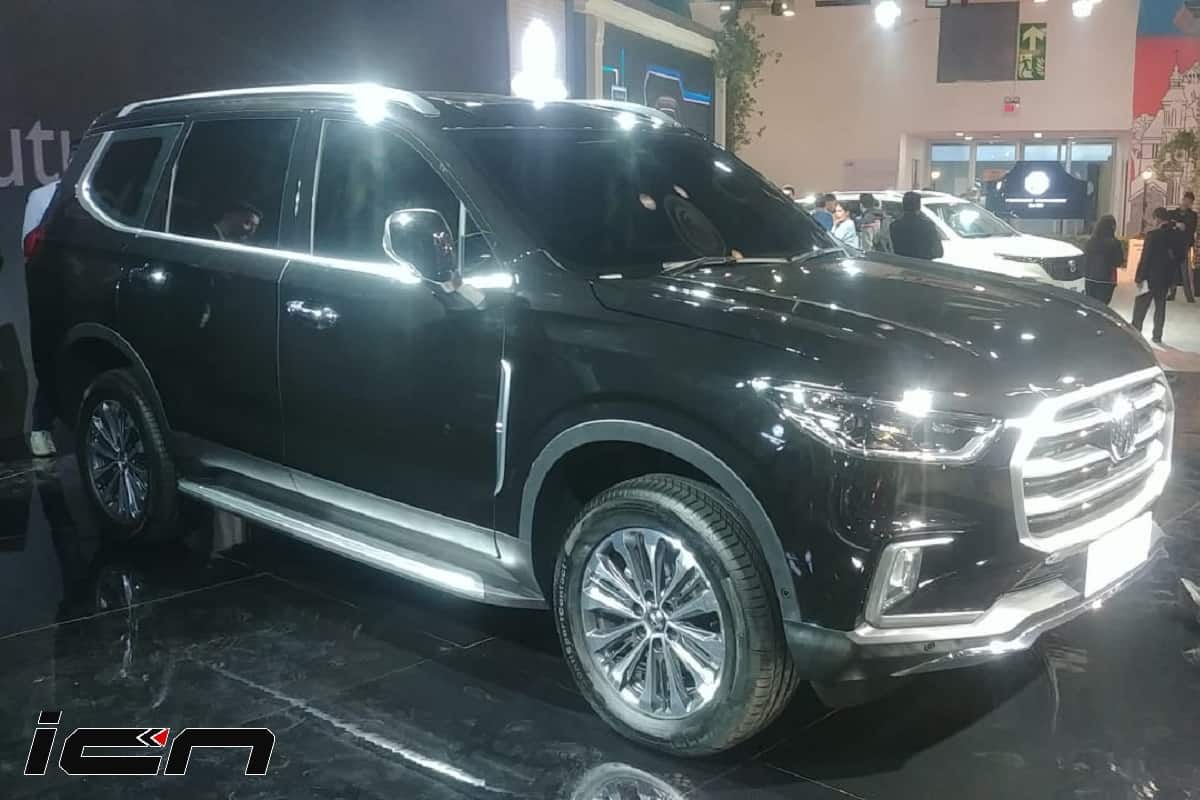 Based on Maxus D90

The Gloster is based on the Maxus D90 SUV. The fully-fledged SUV is retailed in China under the Maxus sub-brand of SAIC (Shanghai Automotive Industry Corporation). Read – 8 Key Facts About MG Hector 6-Seater SUV

Bigger than Fortuner and Endeavour

The new Gloster 7-seater premium SUV is scheduled to be launched in the mid-2020, around May-June. It is basically the re-badged Maxus D90, currently on sale in the Chinese market.

The MG Gloster SUV will be positioned as a premium alternative to the likes of the Fortuner and Endeavour. It will be the brand’s flagship SUV in India. Read – MG3 To Challenge Altroz and Baleno In India

In terms of pricing, the Gloster will sit above the likes of the Fortuner and Endeavour. It is expected to be priced around Rs 35 lakh to Rs 40 lakh. MG says that this SUV is as big as Jeep Grand Cherokee and Land Cruiser Prado.

The MG Gloster is powered by a new 2.0-litre turbo-diesel engine, which was showcased at the Guangzhou Auto Show last year. This diesel engine is claimed to offer 218bhp of power and 480Nm of torque. It also gets a 2.0-litre turbocharged petrol engine that churns out 224bhp of power and 360Nm of torque. It is paired to a 6-speed torque convertor automatic gearbox. The SUV comes with 4WD system along with a low range transfer case. It is available with 7 driving modes including Economy, Motion, Snow, Mud, Sandy, Rock and Automatic.

The new 7-seater SUV from MG has a robust body built with aggressive styling. The front of the SUV features a black octagonal grille with large MG badge in the centre, adaptive LED headlamps and dual-tone bumper with red inserts. Other styling elements include large dual-tone alloy wheels with wheel-size range from 17-inch to 21-inch, skid plate, blacked out B and C pillars, black ORVMs with red inserts and black roof rails. Read – MG360 M (Innova) Rival Makes India Debut

The MG Gloster sports a double wishbone suspension system at the front and a five-link setup at the rear. It comes with 210mm of ground clearance, and has 19-inch alloys as standard. The India-spec model will have a three-row layout with a seven- or eight-seat configuration.