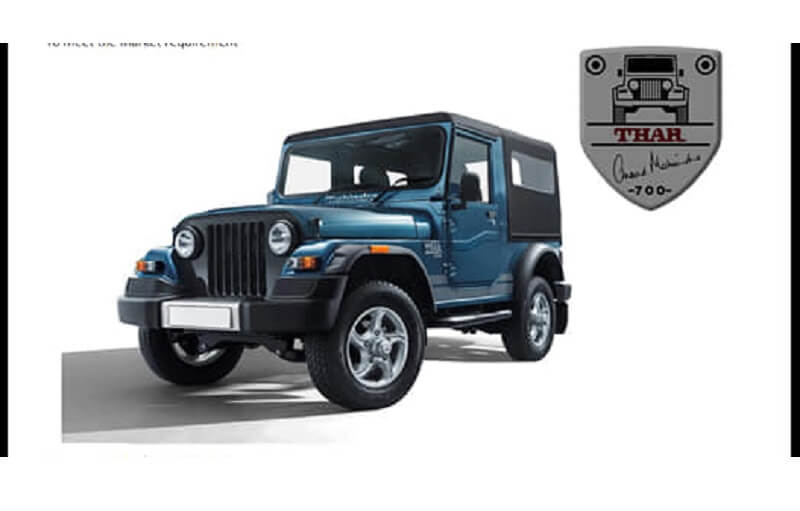 The production of the Mahindra Thar Signature Edition will be limited to 700 units only.

Mahindra will soon stop production of the popular Thar lifestyle utility vehicle. Mahindra will launch a limited-run Thar Signature Edition to mark the end of production of the current model. Ahead of the launch, changes and details of the final Edition of the Thar has been leaked on the Internet. Mahindra has already started working on the next-gen Thar, which has been spotted multiple times on Indian roads. Likely to be unveiled at the 2020 Delhi Auto Expo, the new gen Mahindra Thar will go on sale in our market before April 2020.

The production of the Mahindra Thar Signature Edition will be limited to 700 units only. The SUV will come in Aqua Marine colour, which is also offered on the Marazzo. Front seats are wrapped in Kolon leatherite black upholstery with Thar embossed onto the seats. The bumper comes with new D-sat silver paint on the centre metal bit. The grille design remains the same, but it is painted in Napoli black.

The Mahindra Thar Signature Edition will be fitted to a 5-spoke, 15-inch alloy wheels, which seem identical to the previous Scorpio and the Marksman. Signature Edition badge with the signature of Anand Mahindra, Chairman, Mahindra Group is embossed on the right-hand side front fender. The new model will come with new graphics on the bonnet lid. 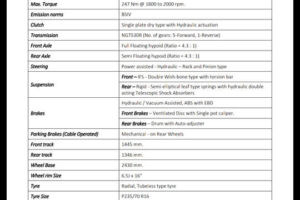 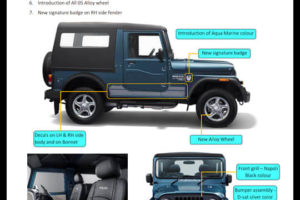 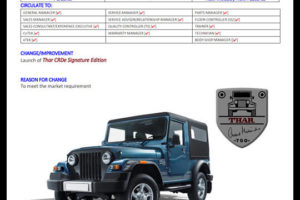 The final edition also comes with ABS (Anti-Lock Braking System), which is missing in the regular model. It will be powered by a 2.5-litre CRDe diesel engine paired to a 5-speed manual gearbox. The current model is not compatible with the upcoming crash test norms and the Thar Signature Edition will be on sale till September 2019. The company has already discontinued the base Thar DI variant and the 2.5L CRDe diesel is the only engine option on sale. Also See – 2020 Mahindra Thar Interior Pics Leaked

The next-gen Thar will be based on the thoroughly updated GEN3 platform, which also underpins the Scorpio. It will be powered by a new 2.0-litre turbo-diesel engine that is likely to produce around 140bhp and over 350Nm of torque. The lifestyle SUV will also receive driver-side airbag, ABS with EBD, brake assist, speed alert, seat belt reminder and rear parking sensor as standard. Adding to it, the next Thar will also meet the upcoming crash test norms.