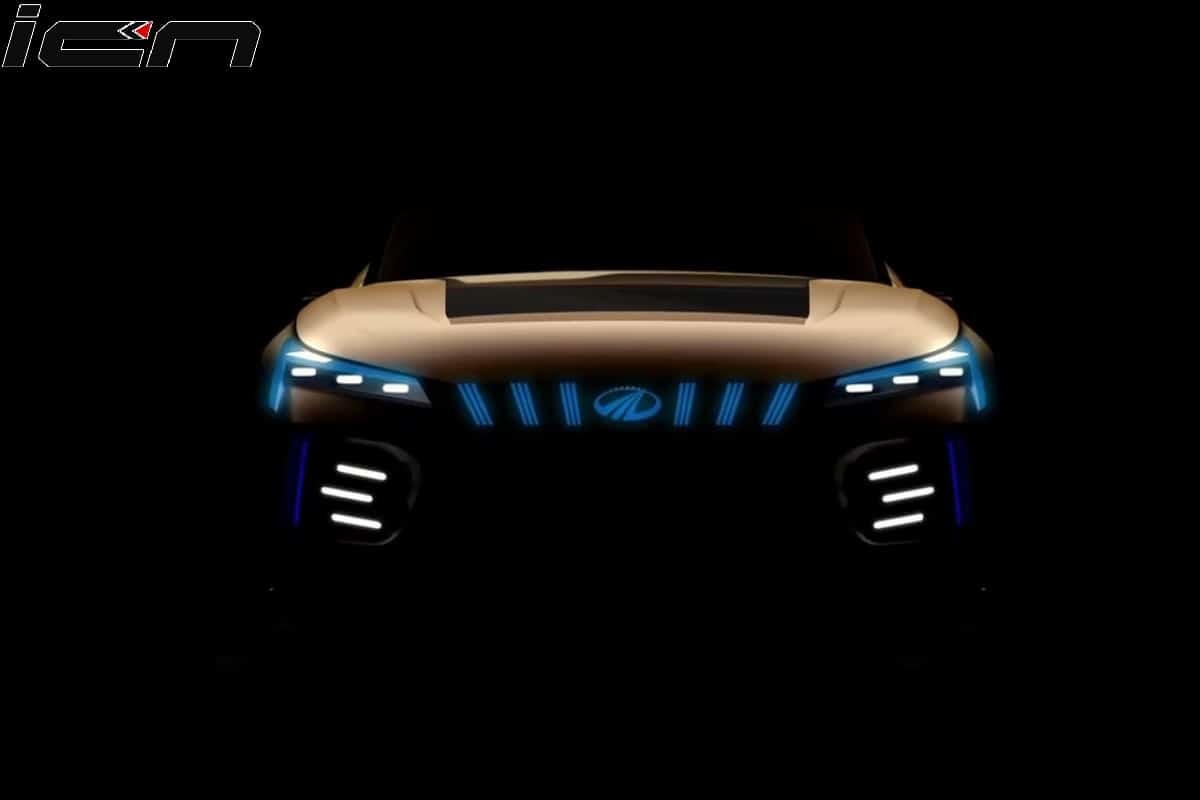 The home-grown carmaker has dropped the first teaser video of its all-new Mahindra Funster SUV concept that will debut at the Auto Expo 2020. The teaser shows the futuristic silhouette and design details of the SUV. Upfront, you can notice the sleek triple LED headlamps with inverted L-shaped DRLs (daytime running lights) that seem inspired by the XUV300 subcompact SUV. Read – New-Gen Mahindra XUV500 To Be Previewed as Concept At Auto Expo 2020

The signature badge and front grille with vertical inclined slats and Blue illumination look quite aggressive. Painted in Golden shade, the Mahindra Funster concept will feature pronounced wheel arches with sporty alloy wheels and bold creases at the side profile. The SUV will feature sharply-designed LED taillamps running till the end of rear fenders.

Fun just got a new look! Visit the Mahindra pavilion at the #AutoExpo2020 and discover the ultimate mode of thrill. We are sure you'll crave for more! #DrivenByPurpose pic.twitter.com/mHRzRjYndR

More details on the Mahindra Funster will be revealed during its unveiling event. It’s likely to preview the company’s electric SUV that will be packed with high capacity electric motors coupled to a 60kW Lithium-ion battery pack. The combined power output of the Funster electric SUV will be over 312PS. It will be capable to achieve 100kmph from standstill in less than 5 seconds. Read – Mahindra XUV300 EV To Debut At Auto Expo 2020

The Mahindra Funster SUV concept is likely to be based on MESMA (Mahindra electric scalable modular architecture) platform developed at the company’s Bengaluru based research centre. The new architecture can accommodate a low-set lithium-ion battery pack into the floor. The layout helps in achieving a low centre of gravity and creating maximum cabin space with a fully flat floor.

The new MESA platform is compatible to battery packs ranging from a 21kWh to 34kWh offering an electric range between 240km to over 390km on a full charge. The carmaker claims that its battery capacity can be increased up to 54kWh with range up to 590km (New European Driving Cycle tests) by extending its wheelbase by up to 300mm. As of now, the interior details of the Mahindra Funster are now available.