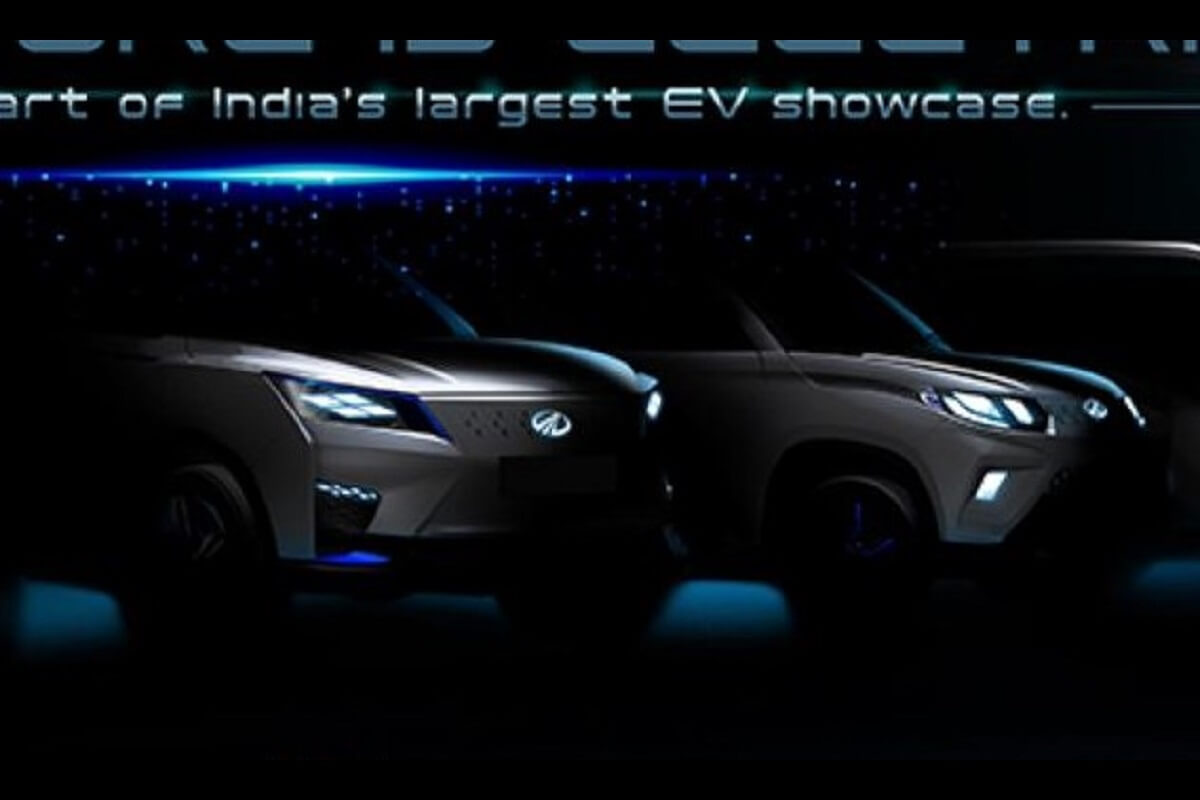 Homegrown UV maker, Mahindra & Mahindra has officially confirmed to unveil 4 new electric cars at the 2020 Auto Expo. The company has released a new teaser, which shows 4 EVs with a tagline “The Future Is Electric, and come, be a part of India’s largest EV showcase.”

The Mahindra eXUV300 is expected to be offered in 2 variants – standard and long-range. The former will offer an electric range of over 200km. It will be equipped with a new electric motor with a Lithium-Ion battery pack, which is developed in collaboration with Korean battery maker – LG Chem. The long-range variant will come fitted with a 40kWh battery pack and an electric motor producing around 130bhp.Also See – 18 New Mahindra Vehicles To Debut at Auto Expo 2020

The Mahindra eKUV100 will also offer a fast-charging DC option. The electric model will directly rival the newly launched Tata Nexon EV, which is claimed to offer a certified range of 312km. The new Nexon EV is available in 3 variants, priced between Rs 13.99 lakh and Rs 15.99 lakh. In terms of styling, the Mahindra XUV300 electric will look similar to the regular model. However, it will receive revised grille, flatter bumper and new highlights to signify electric. It’s likely to be based on the range-topping W trim and offer a range of new comfort and connectivity features.