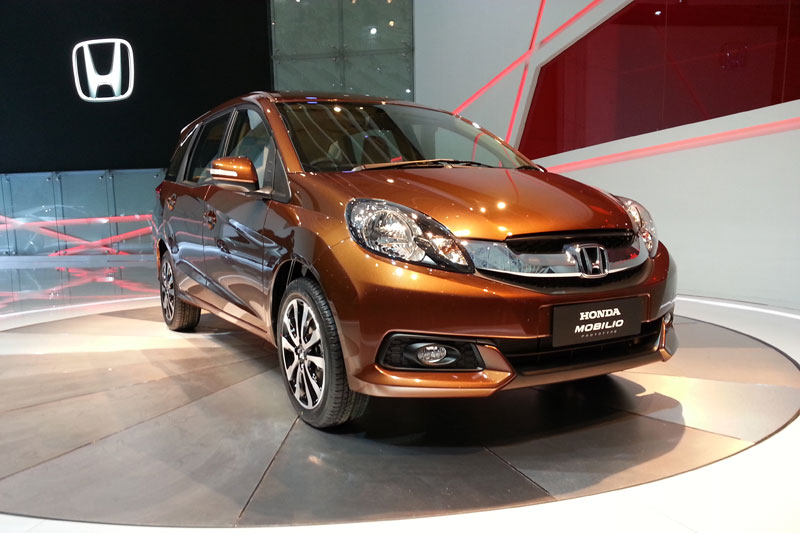 Honda Cars India that unveiled the Mobilio MPV at the 2014 Indian Auto Expo is now gearing up to launch the vehicle in the country. It seems like the Japanese car maker is doing final preparations for the launch of its much-awaited Mobilio in India. The company has displayed the MPV on its official website, stating “Presenting Honda’s mid-size stylish MPV, the All New Mobilio Launching in a few months from now”.

The Honda Mobilio measures 4390mm in length and has a wheelbase of 2650mm which is about 245mm larger than the Amaze compact sedan. The vehicle has 1610mm of height which is 105mm more than the sedan, while it has a ground clearance of 185mm which is sufficient enough to drive it through rugged Indian terrains.

Honda Mobilio will compete against the likes of Maruti Suzuki Ertiga, Nissan Evalia and Chevrolet Enjoy. It is likely to be priced in the range of Rs. 6.5 lakh to Rs. 10 lakh. It will be offered in both petrol and diesel guise. The petrol version will get the tried and trusted 1.5-litre i-VTEC engine that also powers the City sedan. This engine produces 116bhp of top power and 145Nm of torque, and is claimed to offer 18kmpl of mileage. Its oil burner will be powered by the 1.5-litre i-DTEC diesel engine, which is also the country’s most fuel efficient engine.