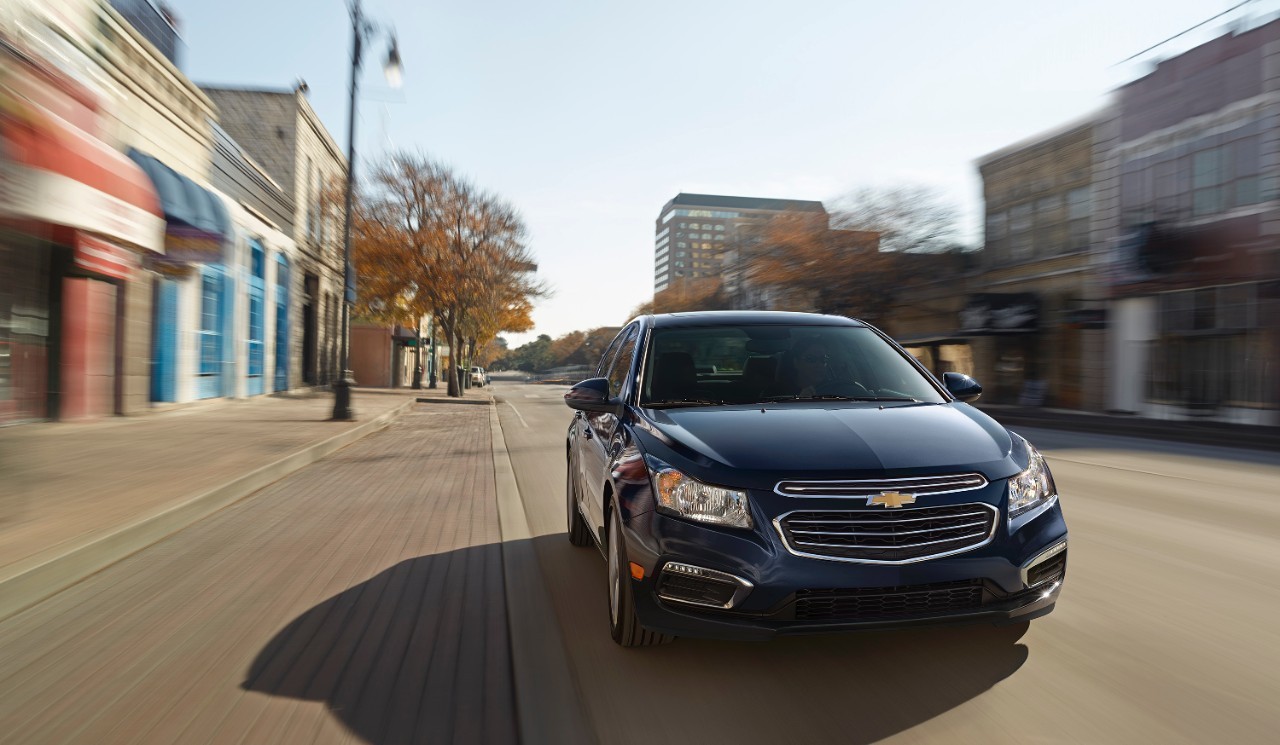 General Motors has finally unveiled the new 2015 Chevrolet Cruze facelift at the 2014 New York Auto Show. The vehicle gets changes both inside and outside; however, the mechanics remains unchanged.

General Motors officially revealed the new 2015 Chevrolet Cruze which is scheduled to make its debut at the New York International Auto Show.

The new Cruze gets prominent dual-port front fascia inspired from Impala and Malibu which is complemented by LED daytime running lamps and swept back headlamps. It also gets restyled tail lamp cluster and new exterior shades.

Inside the cabin, the new Cruze sedan has revised cup holders, trunk release relocated to the centre console, door lock switches relocated from the center console to the front doors. The vehicle sports several advanced safety and security features. It has 10 standard air bags- including side-impact and knee air bags for front passengers – and offers side blind zone alert, rear cross traffic alert, rear park assist and a rearview camera.

The standard features given to this sedan include 7-inch diagonal colour touch screen and additional USB ports; Chevrolet connected by OnStar 4G LTE with built-in Wi-Fi hotspot, next generation OnStar and MyLink enhancements with natural language voice recognition and others.

The new Chevrolet Cruze is likely to get two new engines- a 1.5-litre naturally aspirated and a 1.4-litre turbocharged petrol engine. The 1.5L engine is capable of developing 112bhp and 146Nm of torque, which can be paired to either 5-speed or a 6-speed auto gearbox. The turbocharged engine will develop 148bhp and 235Nm of torque. This engine is likely to be mated to a six-speed manual or seven-speed DSG gearbox.