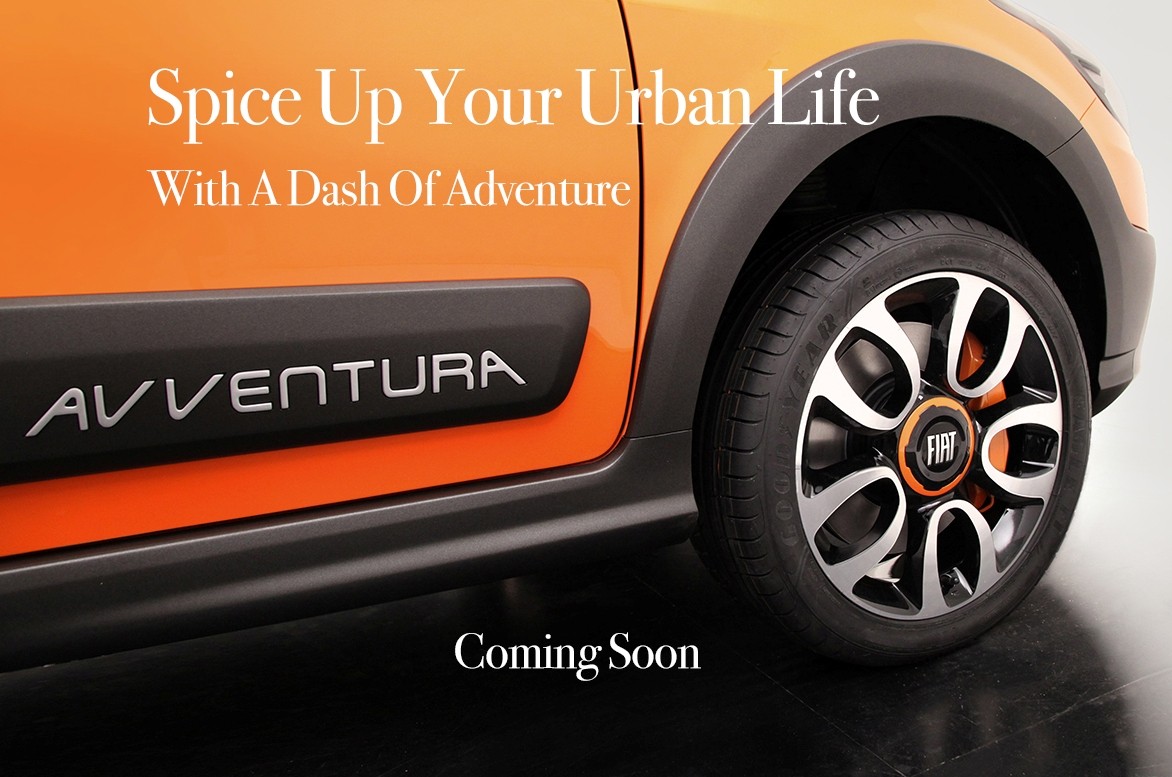 Fiat India has teased the Avventura crossover on its official website stating “Coming Soon”. Unveiled at the 2014 Delhi Motor Show as concept, the Avventura is basically a jagged up version of the Punto hatchback. It is expected that the crossover hatchback will be launched in August-September. The Fiat Punto Avventura has been spotted several times during its test rounds on the Indian roads. The production version of the Avventura looks quite identical to the concept shown back in February. It is expected that the production spec model will feature normal bulbs instead of LED foglamps/daytime running lamps found on the concept. We believe that the top-spec models will get LED lights. The front fascia gets different grille flanked by sweptback headlamps which sports projector lights.

The Avventura crossover will come in both petrol and diesel guise. While the gasoline model has 1.4-litre FIRE petrol engine that produces 90bhp and 115Nm of top torque, the oil burner is likely to get 1.3-litre multi-jet engine producing 92bhp and 209Nm of torque. Both the engines are likely to be paired with either six-speed or five-speed manual transmission.