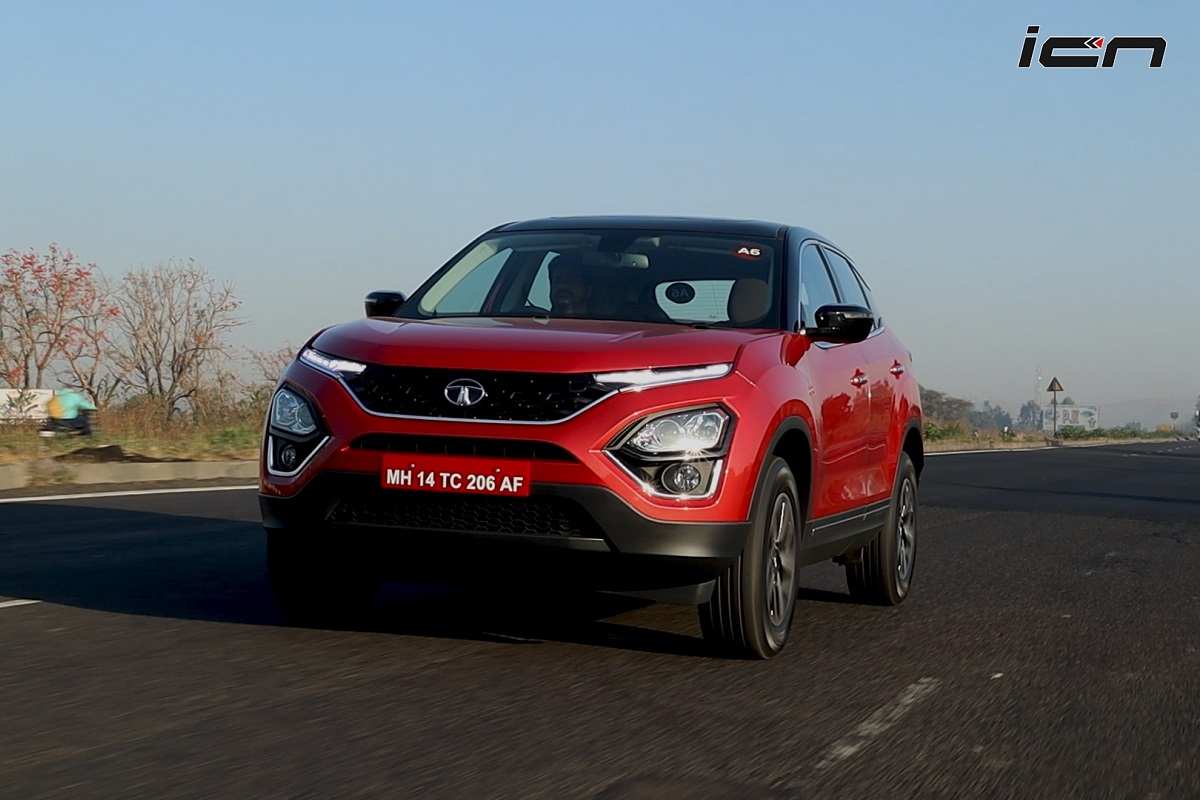 Launched in August 2019, the Tata Harrier has been one of the best-looking and most capable SUVs on sale in India. The SUV was available in a single diesel manual option, while its direct rivals including the MG Hector and Jeep Compass are offered in petrol and diesel guise in both manual and automatic versions. With single diesel engine and manual gearbox option, the Harrier only targets a select audience.

In order to compete well and to targer wider audience, Tata Motors has introduced the much-needed Harrier SUV with diesel automatic option. Not just Automatic gearbox, the 4-wheeler has received significant changes in the form of mechanics, and exterior and interior upgrades. Launched at the 2020 Auto Expo, the 2020 Tata Harrier is available in the price bracket of Rs 13.69 lakh and Rs 20.25 lakh. The diesel AT model is priced between Rs 16.25 lakh and Rs 20.25 lakh.

The Tata Harrier is an important product for the homegrown UV maker, which is also the first model built on Tata’s OMEGA ARC platform that is derived from Land Rover’s D8 platform. The new Harrier lacks petrol engine option, but Tata is working on an all-new 1.5L turbocharged petrol engine. The petrol-powered model will go on sale by the end of this year. Also See – 2020 Tata Harrier Vs MG Hector

We recently got the chance to test drive the new 2020 Tata Harrier automatic to find out if the new model is it worth all that hype it has created around it. Adding to it, this review will give you all details about the changes made to the new Harrier.

In terms of styling changes, the 2020 Tata Harrier looks exactly similar to the previous model. The only change comes in the form of new small-sized outside rear view mirrors (ORVMs). Not just these wing mirrors looks nice, it also improves the overall visibility for the driver. The previous big-sized wing mirrors and bigger A-pillar creates blind spot, which was a big issue during corners and quick lane changes. With new ORVMs, Tata engineers have managed to significantly reduce the problem of blind spot. The company is also offering optional 18-inch alloy wheels.

The interior of the 2020 Tata Harrier remains largely identical; however, it now gets some useful and important features. It gets a six-way powered driver’s seat, which was missing in the earlier model. Adding to it, the SUV now gets auto-dimming IRVM. I personally feel the auto dimming IRVM should be mandatory in all cars as standard features. This feature improves the driveability during night drives. Also See – Tata Gravitas Vs Harrier

The SUV’s MID now gets different colour options, which changes on switching the different driving modes. Adding to it, the USB and AUX points are now placed forward and easier to access. Earlier, the USB slots are hidden from view and are very hard to access. Adding to it, the USB charging slot is also added inside the cooled glovebox which I feel is a nice touch. A big addition comes in the form of electrically adjustable panoramic sunroof, which was missing in the earlier model. The sunroof is big enough to cover the entire roof. However, I found this feature as one of the most useless keeping our countries weather condition.

The Tata Harrier shares its 2.0-litre diesel engine with the Compass. Tata calls this engine – the Kryotec, which earlier tuned to produce 138bhp and 350Nm of torque. The same engine also powers the Jeep Compass and the MG Hector, producing 173bhp and 168bhp respectively. With de-tuned engine, the Harrier can’s match-up with the Compass on performance. Earlier, this engine struggled on low RPMs with lots of turbo-lag forcing you to make quick shifts.

After taking the customers feedback, Tata has rectified this issue and now has added the more powerful engine that is also BSVI compliant. Now, the Harrier’s 2.0-litre KRYOTEC diesel engine produces 170bhp of power and 350Nm of torque. The Harrier now feels more powerful with adequate grunt even on lower rpms. The engine refinement has also been improved over the previous model. Earlier, the engine sound gets louder after 2000rpm and this issue has been rectified in the updated model.

We drove the automatic version, but Tata claims to have improved the 6-speed manual gearbox as well. Earlier, the gearbox wasn’t smooth and feels jerky at times. With six-speed automatic gearbox, the whole experience of driving the Harrier is improved significantly. The SUV gets a Hyundai-sourced 6-speed torque convertor automatic, which we have already seen on the Hyundai Tucson. This gearbox works well with the heavy Harrier and a powerful 2.0-litre turbocharged diesel engine.

Drive modes are actually working very well, and also let you know how this engine delivers its power. In the Eco mode, the engine changes its behaviour to return higher fuel efficiency by reducing power and revs, and building speeds without hurry. The engine gives more in ‘City’ and performs best in Sport mode. However, I found the City mode adequate for city as well as on highways. Power is linear, but there is sudden jump post 2,000rpm. The SUV offers good punch in the mid-range, which was missing in the earlier model.

Based on the robust Land Rover’s platform, the Harrier feels planted even on broken roads. The long travel suspension and chunky tyres absorb most of the shock. The Harrier also performs excellently on high-speed as it feels planted even on high triple-digit speeds. Earlier, the steering wheel was inconsistent and sometimes too heavy for city drives. However, this problem has been reduced significantly in the updated model. The steering feels light in city, and weighs up nicely on higher speeds. In terms of efficiency, the Harrier diesel AT in the city mode returns up to 16kmpl on the highways and close to 12-13kmpl in city traffic. With Eco mode, the SUV could return easily around 13kmpl in city and over 16kmpl on highways.

The only thing in which Tata Harrier lacks is braking. The braking system lacks the bite, and does not match up with the overall performance and ride and handling. A sharper bite from the brakes would be welcome. The SUV still has rear drum brakes, which is quite surprising for the Harrier’s size and the price it carry. A rear disc brake in the near future would surely improve its overall performance.

With new BS6 updates, the 2020 Tata Harrier is now more powerful and gets a much-needed automatic gearbox. Thanks to its Land Rover-derived platform and Fiat-sourced engine, the SUV offers segment best performance. The SUV gives excellent high-speed stability and vastly improved steering feedback. With addition of the automatic gearbox, the new Harrier is now more appealing to customers who mostly drive in city. The only thing which is Tata Harrier missing is the braking system performance, which feels lacking bite.