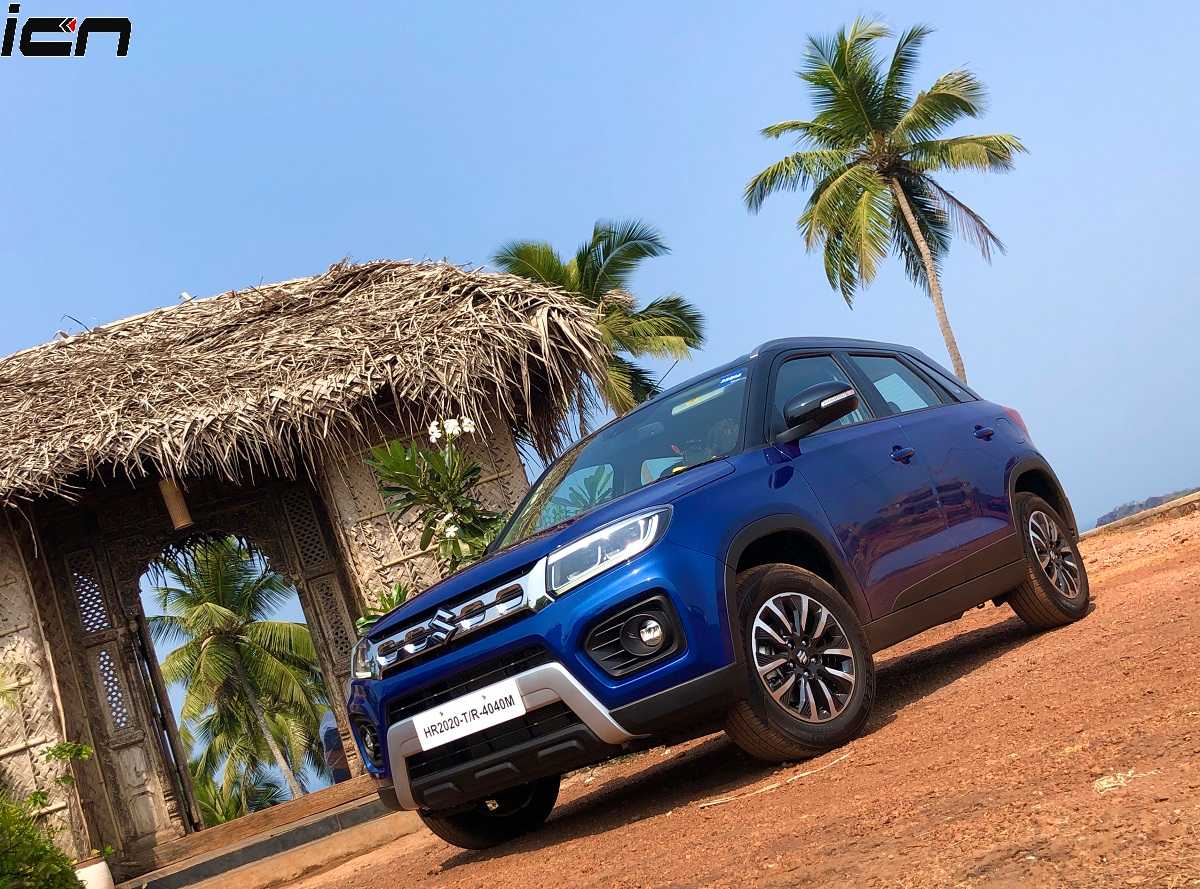 For people not in the know, the Vitara Brezza was the first Maruti product to be designed and developed entirely in India with close to 98% localisation. First launched in 2016, the Brezza was offered in a single 1.3L diesel engine with manual and AMT gearbox option. This sub-4 meter SUV received overwhelming response from buyers with sales crossing 5 lakh milestone in less than 4 years. Rising competition and lack of petrol engine has recently impacted the sales of the Vitara Brezza. However, Maruti Suzuki has finally launched the 2020 Vitara Brezza facelift with a petrol engine option.

Maruti Suzuki has decided to sell only petrol powered cars in India. The Brezza facelift now available with a single 1.5-litre K15B 4-cylinder naturally aspirated petrol engine with manual and automatic transmission options. We finally got the chance to test drive the 2020 Maruti Suzuki Vitara Brezza petrol. So, here is a quick Maruti Vitara Brezza petrol review that should answer most of your questions –

Talking about design changes, well there is nothing significant difference between the 2020 Brezza and its pre-facelift model. Still, here is a list of changes offered on the outside of the Vitara Brezza –

– New chromed grille, which should appeal chrome lovers in India. Now, they don’t need to go after market to add chrome to the Brezza.

– The cabin design looks exactly similar to the pre-facelift model, except for the new seat upholstery, upgraded infotainment system and an important auto-dimming IRVM.

– The compact SUV gets the new 7-inch Smartplay Studio infotainment system with Apple CarPlay and Android Auto. The touch interface works nicely with no lag, and the touch response is on par with the competition.

– Plastic quality and fit and finish is exactly same as the previous model. It still gets hard plastic materials on dashboard, same buttons and leather wrapped steering wheel with controls for audio, Bluetooth telephony and Cruise control. Maruti Suzuki should have improved the quality of plastic used in the cabin. Like the previous model, the new model misses out on the rear AC vents.

No one can beat Japanese when it comes to petrol engines, and the same goes with the Suzuki. Like the 1.0L and 1.2L K-Series petrol engines, the new 1.5-litre K15B is one of the finest and fun-to-drive engines available in our market. This 1,498cc, 4-cylinder naturally aspirated petrol engine is capable of producing 103bhp of power and 138Nm of torque. On papers, the power figures seem less when compared with the competition. However, this engine is here to surprise many with its rev-friendly nature and excellent performance.

This is the same engine that powers the Maruti Suzuki Ciaz, Ertiga and XL6, and the same unit will soon be offered with the S-Cross. The company has offered both manual and automatic transmission options with the Brezza facelift. However, the automatic variant gets the 1.5L engine with Suzuki’s dual-motor smart hybrid system. It is the same old-school lazy 4-speed torque converter automatic gearbox, which we have been watching and driving for over a decade. I personally believe, Maruti Suzuki should have offered the CVT automatic unit instead of the 4-speed torque converter. The company is offering the CVT automatic unit with the Baleno.

The Vitara Brezza facelift features keyless entry and go. Press the clutch and hit the start button to start the compact SUV. The engine is silent and starts with very limited noise and no vibrations. The gear shifter is light and smooth to use. Release the clutch gradually and the car moves forward with limited throttle input. Throttle input is satisfactory, and the power comes in seamlessly. The SUV performs well in the lower gears, and can pull reasonably well at anything over 1,000rpm. The engine is tuned in a way to make the Vitara Brezza facelift a very good car to drive in urban conditions. Adding to it, the 1.5L naturally aspirated engine is very refined at low revs.

On highways, the Vitara Brezza facelift feels reasonably powerful and quick. However, the likes of the Mahindra XUV300 and the Hyundai Venue turbo are faster than the Brezza. Power delivery is linear, and the SUV perform reasonably well on the free roads. The SUV comfortably achieves speed of 120kmph with tachometer showing 3,000rpm. The engine is silent while idling and refined at low and mid revs. However, it starts audible once crossed 3,500rpm. The redline sets at 6,200rpm, but the SUV performs well between 1,500rpm to 5,000rpm. If you ask me to describe the new Vitara Brezza’s petrol engine – I would say it is adequate for the urban as well as highway rides.

Like the engine, the steering feedback and handling of the Vitara Brezza is good for both city and highway driving. The clutch feels nice for the highway and the regular city traffic, but I sometime feel it slightly harder during bumper to bumper or stop-go traffic. The SUV feels comfortable and very confident in the way it tackles bad roads. Steering feels heavy at low speeds, but it adds up to the perfect weight for city and highway speeds.

The Maruti Vitara Brezza petrol is priced in the range of Rs 7.35 lakh to Rs 11.40 lakh. The SUV looks similar to the previous model; however, the consumers will get good amount of features even on the base variant. The Brezza gets the much-needed petrol engine, which was missing in the pre-facelift model. The naturally aspirated petrol engine is refined, and the performance of the car is also quite impressive. It is a user friendly car, which works nicely in city as well as on highways.