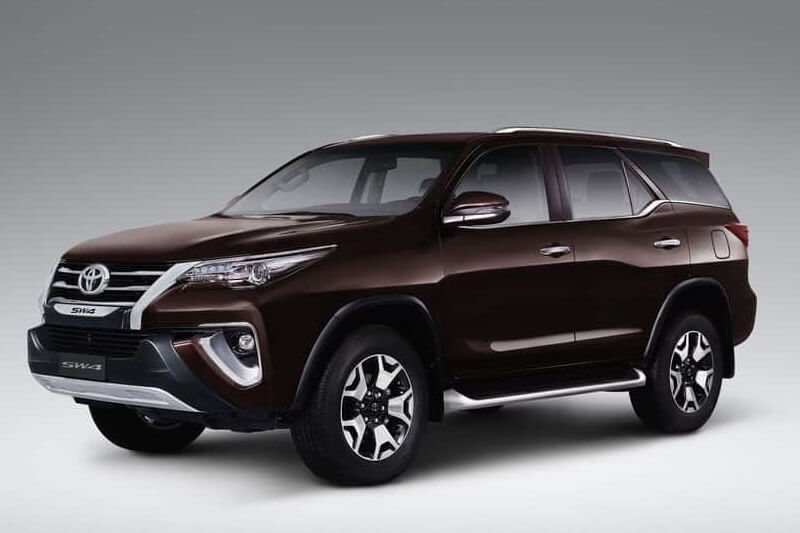 Japanese automaker, Toyota is planning to launch the new Fortuner TRD Sportivo and the Vellfire luxurious MPV in the Indian market before Diwali, 2019. The company is also readying the facelift versions of its popular UVs including the Innova Crysta and the Fortuner. The existing models are equipped with 7-inch touchscreen infotainment system, which do not match the premium character.

Toyota has now added new features to the 2019 Innova and 2019 Fortuner for the Malaysian buyers. The new models come equipped with larger 9-inch touchscreen infotainment system with improved user interface. This touchscreen also supports new features and applications along with compatibility with Apple CarPlay and Android Auto. Besides new touchscreen, the dashboard design remains the same. The existing model comes with a 7-inch touchscreen system with manual buttons on either side and a slot for CD disc on top. The physical buttons have been removed and the existing touch unit has been replaced by the larger 9-inch touchscreen system. Also See – Toyota C-HR Crossover Spotted in India

The India-spec Toyota Innova Crysta is available in 3 engine options – a 2.4-litre diesel, a 2.8-litre diesel and a 2.7-litre petrol. The company is readying the Innova and Fortuner facelifts, which will be equipped with BSVI compliant petrol and diesel engines. With the arrival of BSVI norms, the prices of the new Innova and Fortuner could increase by up to Rs 2 lakh and 4 lakh respectively. We reported earlier that Toyota has started working on the next generation Innova and Fortuner. The new models will be launched in the country in 2021-22. It is expected that the new models will be equipped with petrol hybrid motor. The new petrol hybrid unit will replace the diesel engine.