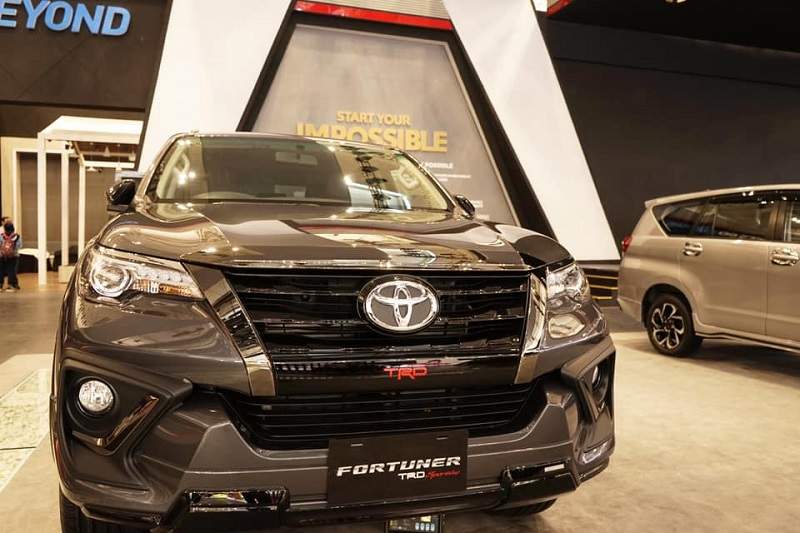 Japanese brand, Toyota had launched the new Glanza premium hatchback in the Indian market earlier this year. It is basically the re-badged Maruti Baleno hatchback and also the first outcome of the Toyota-Suzuki partnership in India. Apart from the new Glanza, Toyota will introduce 2 new models in our market before the end of this year.

Toyota has recently showcased the Vellfire premium MPV and the sportier Fortuner TRD SPORTIVO to its dealer partners in India. Both these models are scheduled to be launched during festive season, around Diwali. The company will also introduce the mild-facelift versions of the Fortuner and Innova with BSVI engines in India, though exact launch timeline is yet to be announced.

The Toyota Vellfire is basically the aggressively styled MPV, which is based on the popular Alphard luxury MPV. For people not in the know, Toyota had showcased the Alphard at the 2018 Delhi Auto Expo. The Vellfire sourced the interior with the Alphard MPV, but it gets all-black scheme with silver inserts. Set to rival the Mercedes V-Class, the 7-seater luxurious MPV gets several high-end comfort and convenience features. Some of the features include twin moon roof, LED roof colour illumination, Nappa leather upholstery, automated sliding centre door, 8-way electric power steering, 7-inch LED touchscreen with USB, Bluetooth with navigation and T-connect, rear view camera, sliding second row of seats, etc.

The new Toyota Fortuner TRD SPORTIVO will sit above the existing Fortuner line-up. The sportier avatar of Fortuner is developed by Toyota Racing Development or TRD. It is already on sale in Thailand, but the India-spec model will be slightly different. The new model will have different grille, limited chrome treatment, revised bumper and differently styled fog lamp enclosures. The TRD badge in bright red colour can be seen embosed in the front as well as rear. The vehicle is available in dual-tone white and black paint; while body and black roof.

The India-spec Toyota Fortuner TRD Sportivo is likely to be powered by a 2.8-litre turbocharged diesel engine that is capable of producing 174bhp of power and 450Nm of torque. Both rear-wheel and 4-wheel-drive versions are on offer. Transmission options include a 6-speed manual and a 6-speed torque convertor automatic. The SUV is likely to be offered in automatic as well 4WD version.