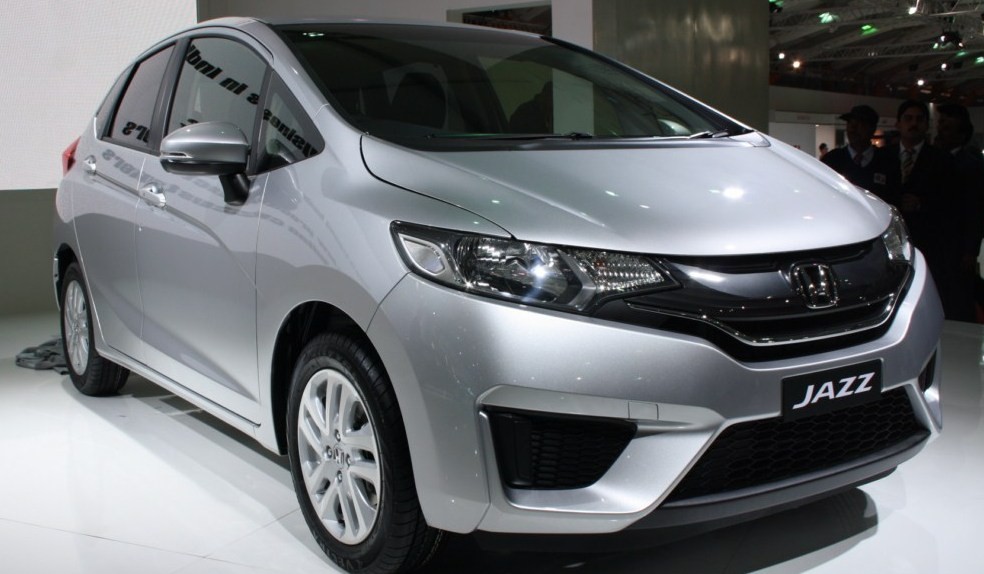 Japanese car maker introduced the Jazz hatchback in India in 2009, which was powered by a 1.2-litre i-VTEC petrol engine. The vehicle did well in initial days; however, the rising demand for diesel powered products has affected the sales of this vehicle. Later Honda discontinued the Jazz from the Indian market. Now, the company is ready with its all-new Jazz hatchback which will be offered in both petrol and diesel guise.  Media reports suggest that the new Jazz will sit between the Brio hatch and Amaze compact sedan, but I strongly believe that it will cost slightly more than the compact sedan. When the diesel model will hit the Indian shores, it will compete against the likes of Hyundai i20, Volkswagen Polo, Fiat Punto and others in the segment, out of which, I feel i20 will be the closest competitor for the new Jazz.

Interestingly, Hyundai is also working on a new generation i20 model which will make its world debut at the 2014 Paris Motor Show. The model has already been spotted several times during its test rounds on the Indian road and is expected to be launched by the end of 2014 or early next year. The Getz was the first premium hatchback from the South Korean automaker, but it failed. Hyundai launched the i20 with 1.4L CRDi engine as a replacement for the Getz. This hatchback managed to grab good sales in the growing market. With the announcement of Honda Jazz diesel, the competition level in the premium hatchback segment will get furious.

The new generation Honda Jazz is based on a completely new platform; however the vehicle continues to feature the similar cab forward design. At the front, it gets a new hood with two prominent lines visually flows to meet A-Pillar, thick horizontal chrome slat grille which is complemented by a hawk-eye shaped headlamps. The new Jazz looks aggressive and futuristic, thanks to Honda’s new global design language- “EXCITING H!!!”. A crisp sewage lines runs across the length of the car, while its flared wheel arches features a newly designed alloy wheels. At the back, the hatchback seems to be inspired from the CR-V SUV. The rear end sports chrome slat, while the bumper features matte black vents on the edges.

The i20 hatch is based on the Hyundai’s immensely popular “Fluidic Design Philosophy”. It features longitudinal lines and curves all over the car which makes it look aggressive. The side profile gets a couple of aerodynamic lines which runs across the length to merge with rear taillight and fender. Its aggressive wheel arches sports 5-spoke alloy wheels. At the back, the vehicle has thick C-pillar while the rear bumper has small vertical and horizontal lines.

The interiors of the new Jazz present Honda’s renowned “Man Maximum Machine Minimum” philosophy. Like the previous generation model, the new car also has spacious cabin with a large dashboard. The vehicle gets touch-screen system with navigation and the audio controls are mounted on the three-spoke steering wheel. The plastic quality and fit & finish are top notch. The vehicle offers an impressive 400-litre of boot space, which can be extended by folding the rear seats.

The Hyundai i20 gets a dual tone (Brown & Beige) interior with some black paint on the dashboard. Its steering wheel also has audio controls on it. The vehicle is spacious enough to accommodate five adults comfortably, but it lacks when compared to Jazz. The material quality is top notch and it is one of the most feature rich cars in its segment.

The Hyundai i20 diesel price starts at Rs. 5.79 lakh for entry level model and goes all the way to Rs. 7.53 lakh. The new generation Honda Jazz diesel is expected to cost around Rs. 6 lakh for base model and Rs. 8 lakh for the top spec model.