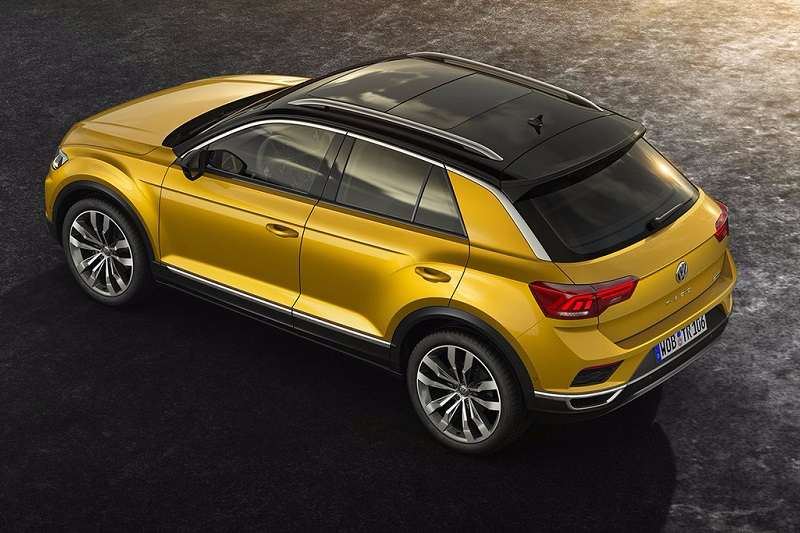 German premium carmaker, Volkswagen is planning to launch 3 all-new SUVs in India in the next 2 years. Coming early next year, the company will launch the T-ROC and the 7-seater Tiguan in the country. The upcoming VW T-ROC SUV has been spotted testing for the first time in India.

To be launched as CBU unit, the T-ROC SUV will sit below the Tiguan in Volkswagen’s India product line-up. The SUV is already on sale in the select international markets. Featuring crossover-ish profile, the T-ROC is wider and shorter than the Tiguan. The SUV made its international debut at the 2017 Frankfurt Motor Show.

It is based on the Volkswagen Group’s MQB versatile platform, which also underpin the Tiguan. Upfront is the brand’s signature grille with thin headlights that are wrapped around the front fenders. The LED daytime running lamps and cornering lamps are positioned lower on the bumper. It gets prominent trapezoidal-shaped cooling duct and a silver coloured kick plate.

The SUV looks sporty from the side profile, thanks to larger wheelbase and flared wheel arches. There is a strong shoulder line that runs across the length to the merge the rear profile. Chrome element can be seen on the side of the roof that runs from A-pillar and ends before the wide C-pillars. The company will also introduce the dual-tone version of the T-ROC SUV.

The International-spec VW T-ROC comes with a ground clearance of around 130mm, though the India-spec model could receive at least around 150mm ground clearance. In India, the Volkswagen T-Roc will be made available with petrol engine only. It will get a 150bhp, 1.5L turbocharged TSI engine paired to a 7-Speed DSG dual clutch automatic gearbox.

The Volkswagen T-ROC premium SUV is expected to be launched at the Auto Expo 2020. Likely to be priced around Rs 18 lakh – Rs 20 lakh, the VW T-ROC will directly rival the Hyundai Tucson and the Jeep Compass.