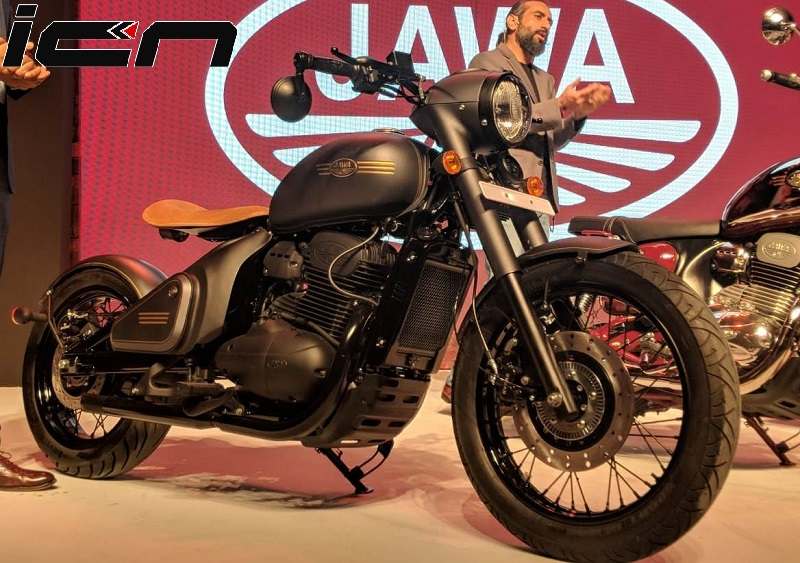 Jawa had launched 2 new motorcycles – Jawa Classic and the Jawa Forty Two. The company had also showcased the Perak factory customer cruiser motorcycle at the time of launch. It is reported that the new Jawa Perak motorcycle will be launched in our market in early 2020. The motorcycle was priced at Rs 1.89 lakh (ex-showroom, Delhi). It is basically a modern-classic factory custom bobber, which is based on the slightly modified chassis that underpins the Classic and Jawa Forty Two. The motorcycle gets a single cantilever seat, mono-shock suspension and a redesigned swingarm. Powering the Perak Bobber is a 334cc, DOHC, liquid-cooled, 4-valve, FI engine that is tuned to produce 30bhp and 31Nm of torque. Power is transmitted to the rear wheel via a 6-speed gearbox. The motorcycle gets dual disc brakes and dual-channel ABS as standard.

Royal Enfield has started testing the new 2020 Classic 350 motorcycle on the Indian roads. The motorcycle is likely to be unveiled at the 2019 EICMA that’s scheduled to happen from 5th to 10th November, 2019. The updated model will come with improved styling along with several new features. It will be based on an all-new double cradle chassis. The bike will receive a new BS6 compliant engine with lesser power and torque figures. The new Classic 350 could receive a slick-shifting 6-speed transmission. Adding to it, the bike will receive new switchgear and a new part analogue-part digital speedometer console.

Similar to the Classic range, Royal Enfield will also launch the new Thunderbird motorcycle range in the country in 2020. The new Thunderbird 350 could debut alongside the new Classic 350 at the EICMA 2019. In terms of styling upgrades, the 2020 RE Thunderbird will receive new fuel tank, new body panels, and new fenders, along with a more compact exhaust. The dual-channel ABS system will come as standard. It will share the engine and other cycle parts with the Classic 350.

Japanese two-wheeler brand Honda is aiming to take on the Royal Enfield, which currently accounts for over 85% market share. The company is planning to launch a heavily localised motorcycle in the Indian market. It will introduce an all-new bike in the 350cc-500cc segment, which will challenge the RE bikes. The new motorcycle will be sold via new premium outlets called Big Wing.