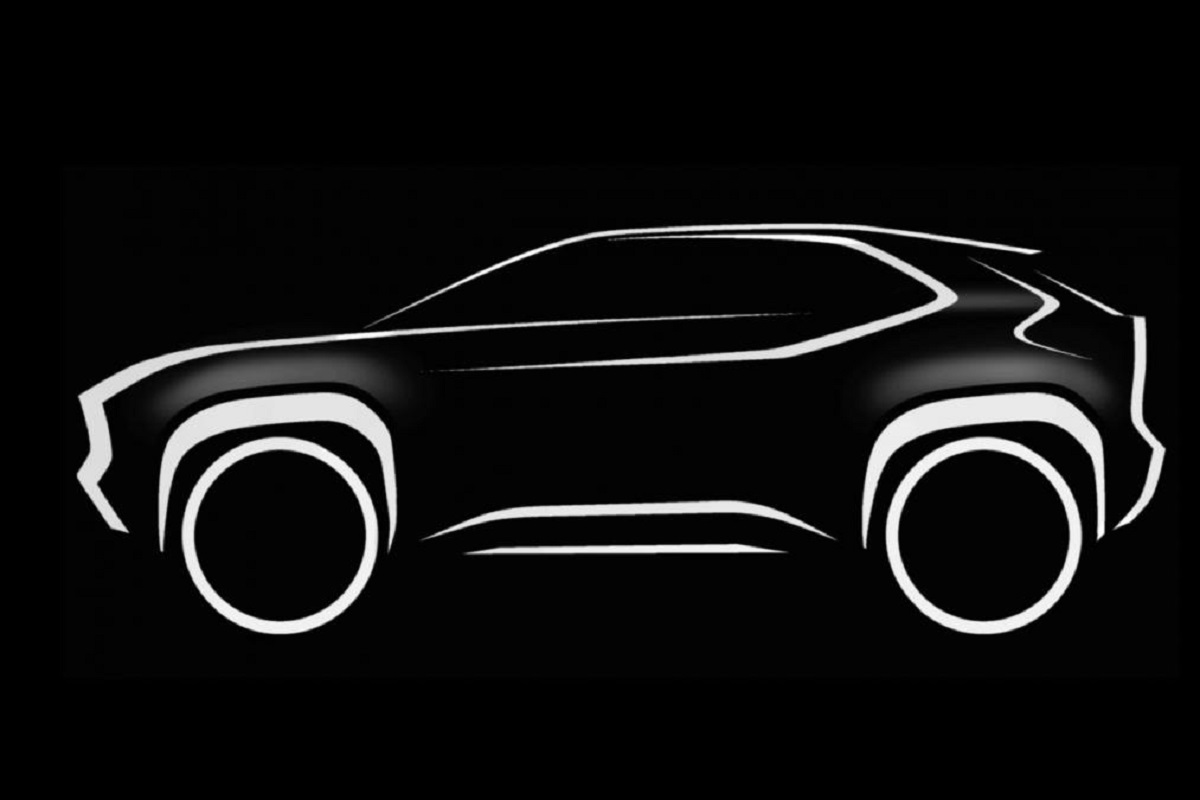 We reported earlier that Toyota is readying an all-new compact SUV, which will be based on the new generation Yaris platform. Now, the company has confirmed that the new compact SUV and released the first teaser of SUV. The new teaser reveals the design and the size of the new crossover. The new model will sit below the C-HR Crossover in the company’s global SUV line-up.

It comes with new design and looks completely different from the Yaris hatchback. The B-segment SUV has compact design and its own personality. The company hasn’t revealed the name of the SUV, but it is confirmed that it will be built on the same TNGA-B platform. This platform underpins the European Yaris.

To be positioned below the C-HR, the new compact SUV will be just over 4 meters in length. It will directly rival the European Renault Captur, Nissan Juke and the Ford Puma measuring 4.23 meters, 4.21 meters and 4.19 meters respectively. Also See – Toyota compact SUV rendered

The new SUV is likely to be offered with 3 engine options – a 1.0-litre petrol, a 1.5-litre petrol and a 1.5-litre hybrid. The SUV will be produced in Onnaing, outside Valenciennes, France alongside Yaris. The company believes that the Yaris and the upcoming compact SUV will account for about 30 per cent of Toyota’s European sales by 2025. Toyota is also working on an all-new compact SUV for the Brazilian market. This SUV is expected to be different from the European model. Details about the new model are still under wraps, but it is likely to be produced in Sorocaba from 2021. The SUV is expected to use the same TNGA platform, which underpins the Corolla. Not just platform, the SUV is likely to source the 2.0L naturally aspirated petrol and a 1.8-litre flex hybrid from the sedan sibling. It will rival the likes of the Honda HR-V, Hyundai Creta, Jeep Renegade and Volkswagen T-Cross.