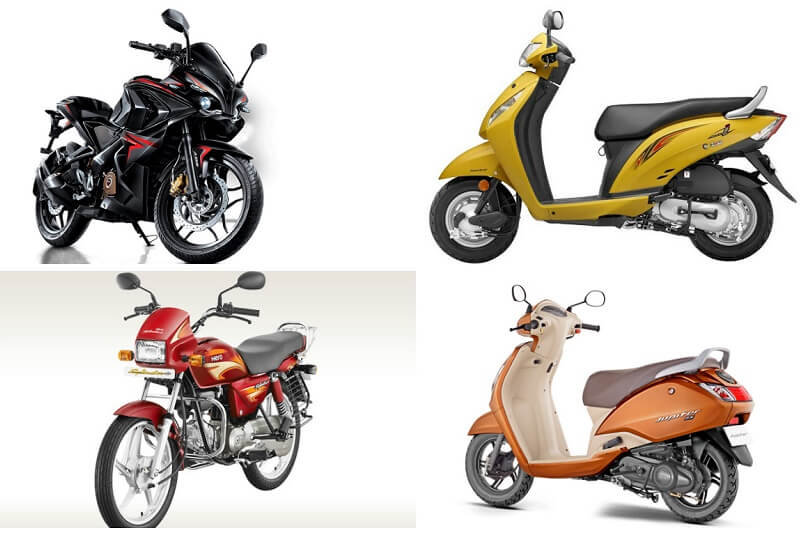 Honda Activa remained the best-selling two-wheeler in May 2016 as well. Though the Activa has defeated the Splendor in the past as well, it has happened for the first time that Honda’s scooter did it for the fifth month in a row.

The race to remain in the top 10 selling two wheelers was as competitive in May 2016 as any other month. While the Honda Activa retained the top position for the fifth consecutive month this calendar year, the Hero HF Deluxe improved its position from 4th in April to 3rd in May 2016.

2. Though Hero Passion retained its number four position in May 2016, it continued to witness de-growth with a total sales of 97,882 units in the month. Besides an year-on-year drop of around 6 per cent, the Passion registered a month-on-month de-growth of over 1 per cent. Hero MotoCorp had sold a total of 98,976 units of the Passion last month.

3. Of the three best best-selling Hero products, the Deluxe was the only one that could register a positive growth. As against May 2015’s 93,944 units, the company sold a total of 1,12,273 units of the motorcycle thus registering an impressive 20 per cent growth.

4. As mentioned earlier, the TVS XL Super is the only moped in the top 10 selling two wheelers of the month.

5. Bajaj Auto is one of the worst hit two-wheeler makers this month, as both of its top-selling vehicles – CT 100 and Pulsar saw de-growth of 22% and 13% respectively.

6. With 43,867 units sold in May 2016, the TVS Jupiter retained its number 10 position this month as well. And once again, it was the only other scooter in 10 best selling two-wheelers of the country.

8. Hero MotoCorp remained the top two-wheeler maker in terms of sales in May 2016 as well, followed by Honda Motorcycle & Scooter India ltd. Honda sold a total of 4,15,860 units in the month registering a growth of 17.67 percent.