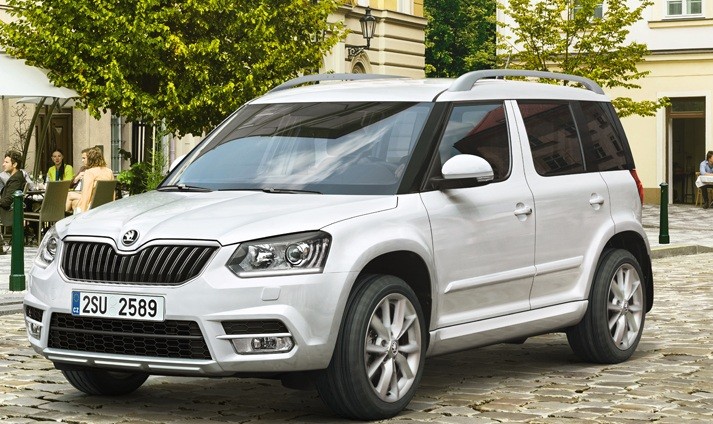 Czech automaker Skoda is preparing facelifts of Yeti SUV and Rapid sedan. The company unveiled the Yeti facelift at the 2014 Delhi Motor Show and it is likely to go on sale by the festive season (Sept-Oct) this year. In select nations, the Skoda Yeti is offered in two versions- Yeti Urban and Outdoor. While the Skoda Yeti Urban is designed for the city driving, the later is developed for off-roading and is equipped with lots of body cladding and cuff plates.

Interestingly, the vehicle unveiled at the Delhi Motor Show was Yeti Outdoor and this model will also make its way to the market. The updated Yeti gets a visual makeover; however, the mechanics of the hatchback remains unchanged. It is equipped with new headlamps with integrated xenons and LED daytime running lamps. This model comes with a new grille, just like Superb sedan, offering the new Skoda family look, while the bumpers have also received some upgrades. The flared wheel arches have been fitted to a new set of 16-inch alloys.

Skoda will also fit the updated Yeti will some high end features including keyless entry and go system, cruise control, rear parking sensors with camera and others. The interior changes are very minimal and it now features three-spoke steering wheel.

Skoda Yeti facelift will be offered in diesel version only- a 2.0-litre turbo diesel engine that develops two states of tune. The front wheel drive version of the SUV produces 110PS of top power, while the all-wheel drive Yeti offers 140PS of power. Both the engines are paired to a six speed manual transmission gearbox. If media reports to believe, Skoda is also planning to introduce the petrol version of the SUV with 1.4-litre TSI turbo-petrol motor.