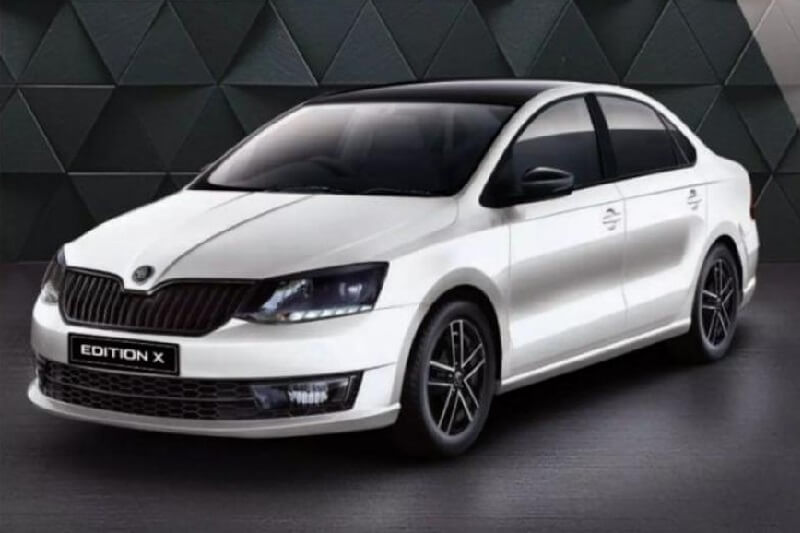 Skoda India has re-launched Rapid Monte Carlo under the ‘Edition X’ nameplate, reports in media suggest. The sedan was taken off Skoda India’s official website and sales were halted temporarily following a court ruling deeming a trademark dispute with Monte Carlo Fashions clothing brand. In tandem with the court ruling, Skoda was refrained from manufacturing, advertising and selling goods under the Monte Carlo name.

According to reports an advertisement published in a local newspaper corroborates the new name for the Rapid Monte Carlo. While it receives a new badge, features such as the black front grille, smoked headlamps and fog lights, dual-tone bumper, Blacked-out roof and B-pillar, black finished alloys etc are expected to be retained. The in-cabin tech will reportedly remain unchanged too. Read – Skoda Karoq Compact SUV Is Coming To India

The sedan was introduced in August this year priced from Rs 10.75 lakh for the entry level variant to Rs 13.57 lakh for the fully loaded top-spec trim (ex-showroom prices). The sedan is offered with both petrol and diesel engines with a choice between a 5-speed automatic for the petrol and 7-speed DSG unit for the diesel variants. Power sources include the high displacing 1.6-litre MPI petrol unit with 103.5bhp and 153Nm torque along with the 108bhp, 1.5-litre TDI unit with 250Nm torque. Read – Skoda Kodiaq – 7 Things You Need To Know

Most of the additional bits and features are in line with the package offered on the international model. Aside from the additional exterior kit, it also packs in prominent connectivity bits on the inside such as a new touchscreen infotainment system with Apple CarPlay, Android Auto and Mirror Link. The bucket-style upholstery with red, grey and black colour seats add sporty flair to the interior. Other styling changes such as carbon-fibre designed dashboard trim, stainless steel pedals, a unique instrument cluster and a multi-functional flat-bottom steeringhave been added for a more premium look.