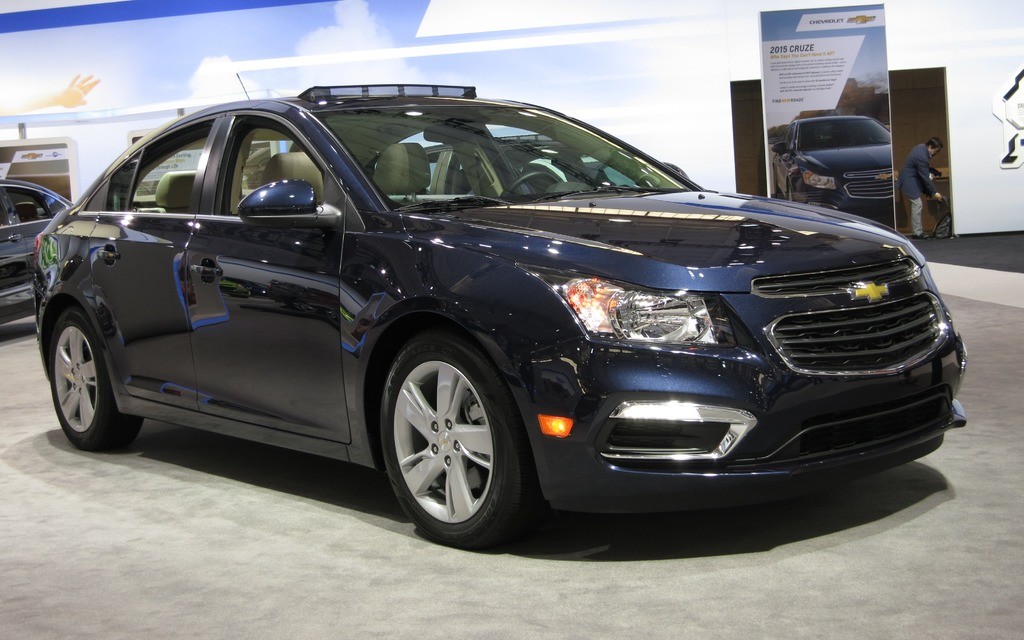 Chevrolet has silently released the interior images of the upcoming 2015/16 Cruze saloon. Unveiled at the 2014 Beijing Motor Show, the Chevrolet Cruze is likely to go on sale next year. This time, the saloon boasts more upscale interiors that its predecessor. The redesigned Cruze is equipped with familiar dual cockpit layout but it comes loaded with high quality materials and features. Pictures revealed seems to be of the high end variant which comes with brown leather upholstery. Also visible are the Piano black interior trim and chrome accents. The vehicle features a leather wrapped three-spoke steering wheel, MyLink II infotainment system with an eight-inch display and an ice blue ambient lighting. It is equipped with a “butterfly-shaped centre console” that is claimed to provide “intuitive, user-friendly operation with clear functions at a glance.” The new Chevrolet Cruze is the first model to feature the new generation Ecotec small-displacement engine co-developed by GM and SAIC. It is available with a choice of the segment’s first 1.4L mid-mounted direct injection turbocharged engine or the first 1.5L mid-mounted naturally aspirated engine. The engines can be paired to a six-speed manual, an all-new seven-speed DCG dual-clutch gearbox and a six-speed automated manual.