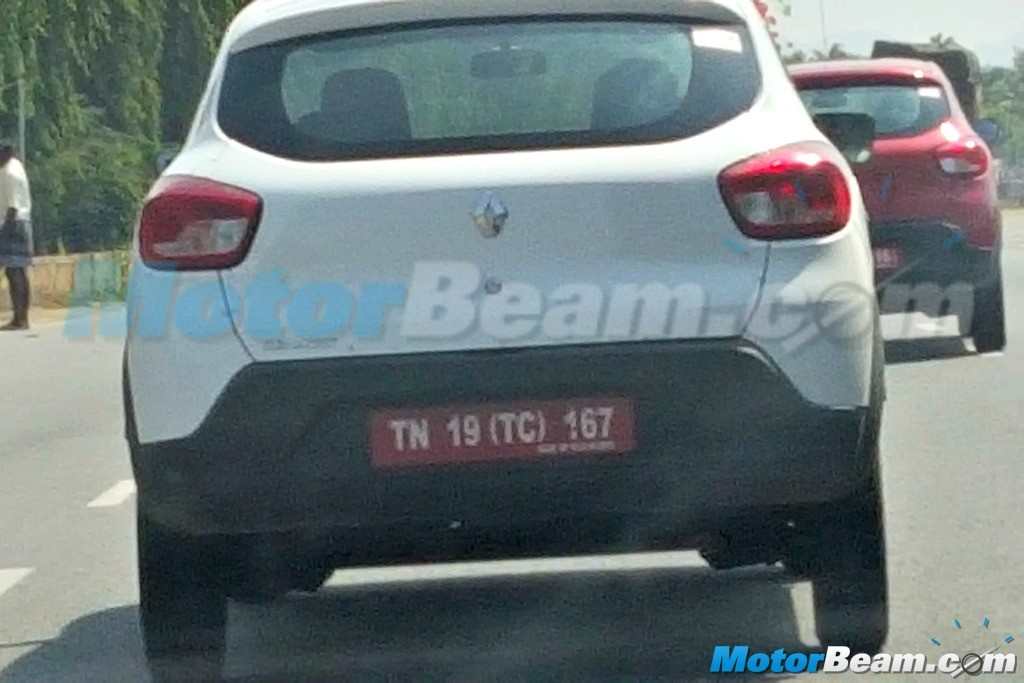 There is no denying that the Renault Kwid is one of the most anticipated cars of the year. In fact, the company has started testing the hatchback in India, as a test mule has recently been spied testing near Krishnagiri, Bangalore.

Powering the Kwid will be all-new 800cc, three-cylinder petrol engine that is claimed to deliver ‘best-in-class’ fuel efficiency. This powertrain will be mated to a 5-speed manual and an AMT (automated manual transmission) gearbox that will help the car to produce a class-leading power output of 57bhp with a peak torque of 130Nm. The company might also introduce a more powerful variant with 1.0-litre diesel engine at a later stage.

Based on the modular CMF-A platform, the Kwid will feature sweptback headlamps, dual-slat grille, stylish fog lamps on the lower bumper, black wing mirrors, cladding on sides, 13-14-inches wheels and manually-operated outside rear view mirrors. The car wears crossover-like stance, and has a high ground clearance. This makes it more capable for rough Indian terrains. It measures 3.68 meters in length and 1.58 meters in width. Renault India has already confirmed that the Kwid hatchback will be manufactured with high-level (up to 98%) of localization. This will surely help the company to price it more aggressively against rivals like Maruti Suzuki Alto 800 and Hyundai Eon. The Renault Kwid is expected to be offered within price range of Rs. 3 lakh – Rs. 4 lakh (ex-showroom).