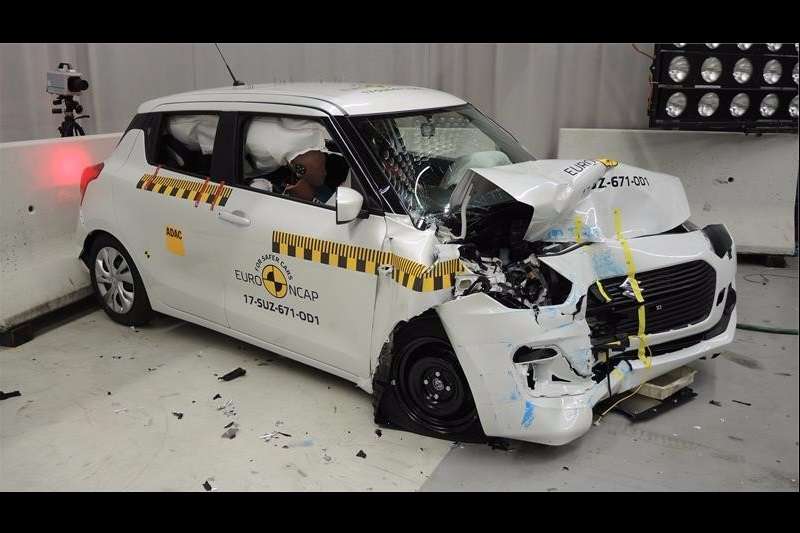 The independent safety assessment body has tested two variants of the hatchback – the standard and the one with the safety pack.

Euro NCAP (New Car Assessment Programme) has released the latest crash test results for the India-bound new-generation Maruti Suzuki Swift. The independent safety assessment body has tested two variants of the hatchback – the standard and the one with the safety pack. The standard version of the new Swift has achieved three star safety rating in the crash test. For the adult occupant and child safety, the car has scored 83% and 75% respectively.

On the other hand, the safety pack variant of the new Swift gets four star rating with a score of 88% in adult occupant safety and 75% in child safety. This variant comes fitted with ‘Radar Brake Support’, car-to-car automatic emergency braking. The car couldn’t get five start rating due to the lack of pedestrian detection. Picture Gallery – How Well These India-Made Cars Fare In Global NCAP Test

During the frontal offset test, the new-generation Swift managed to keep the passenger compartment stable. The dummy readings show that the car protects knees and femurs of the driver and passenger. However, the chest protection was minimal for the driver and rear seat occupant when the car went through the full-width rigid barrier test. The protection for the critical body areas too was good enough. The new Swift performed excellent in the severe side pole impact and the side barrier test. The car also protected all critical body areas. 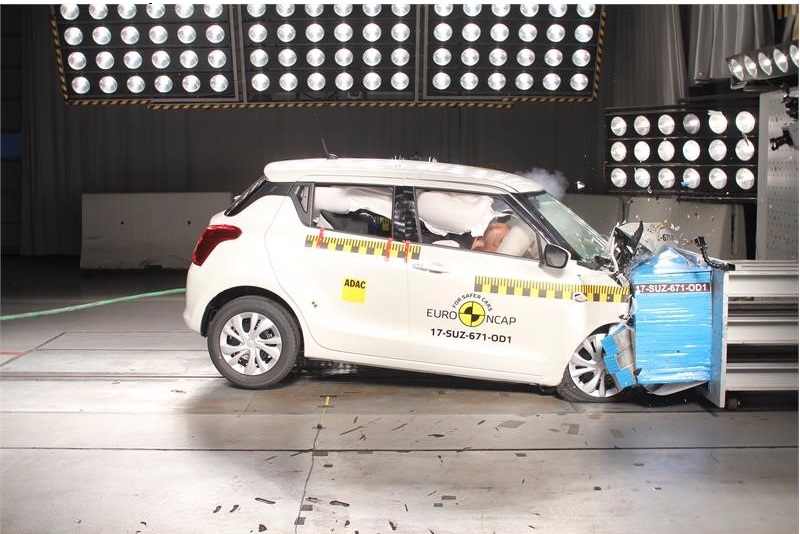 In the rear-end collision, the new Swift impressed by offering the good protection for the front seats and head restraints as against whiplash injuries. Though, what comes as a disappointment was the geometric assessment of the rear seats. 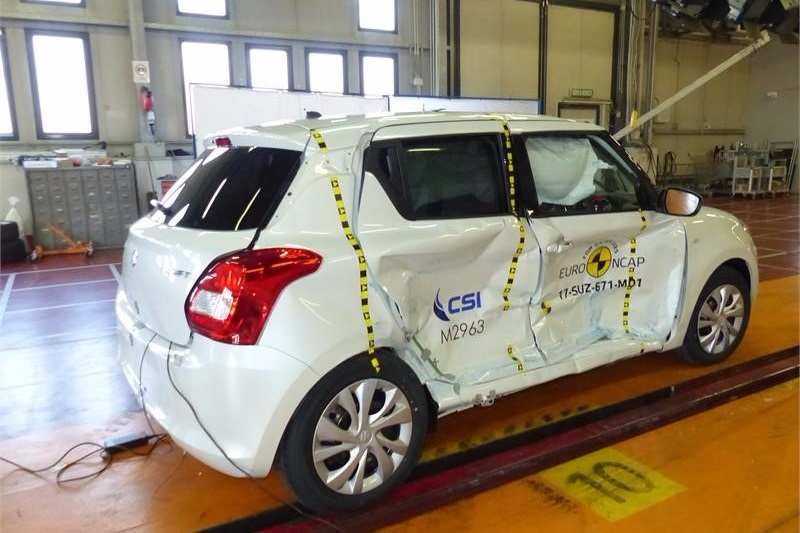 Euro NCAP Secretary General, Michiel van Ratingen, said, “Euro NCAP started rewarding AEB pedestrian systems last year and we have seen a rapid uptake of the technology. We hope to see as fast an adoption of AEB systems that detect cyclists when tests of those systems form part of the rating next year.”

“For twenty years, Euro NCAP has been pushing manufacturers to fit new and better safety technologies: originally, such things as airbags and pre-tensioners and, nowadays, advanced driver assistance systems that will form the building blocks for the automated vehicles of tomorrow”, he further added.