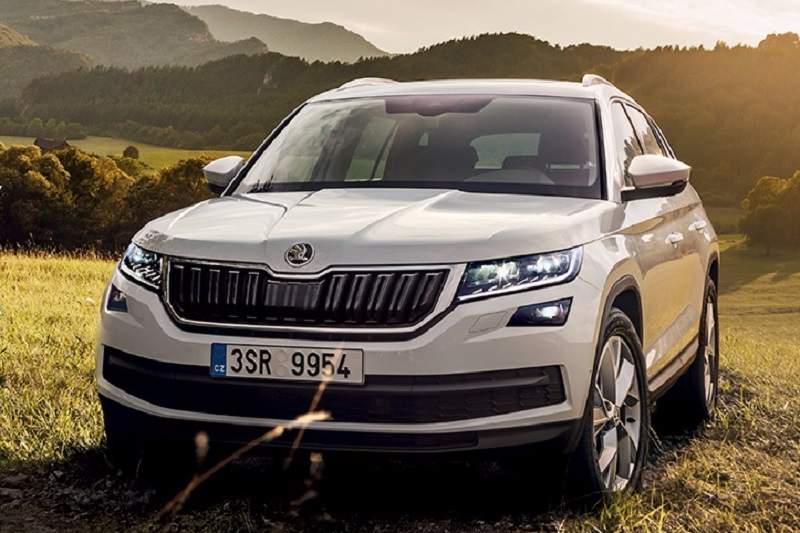 Skoda has launched its long-awaited seven-seater Skoda Kodiaq in India in a single ‘Style’ variant priced at 34.49 lakh (ex-showroom, Delhi). The official bookings are open from today across authorized dealerships for Rs 3 lakh, whereas deliveries will begin from November. It is the first seven-seater SUV from Skoda India and with this, the company has made inroads into the highly competitive entry-level premium SUV space. The Indian market has witnessed a sudden shift towards SUVs in the last few years and so almost every car maker is vying to roll out a model to benefit from the high demand. Failing with the Yeti, Skoda is pinning hopes on its premium seven-seater SUV, Kodiaq that has been launched in a single diesel option. Built on parent company, Volkswagen’s popular MQB platform, the SUV has been styled in tandem with Skoda’s latest crystalline design tenet. One must note that VW’s MQB underpinnings are also used in other Skoda models such as Superb and Octavia.

To give it a sharp look, Skoda has added new elements to the seven-seater SUV, while some seem inspired by Superb sedan. In front, it gets the sharp chromed ‘butterfly grille’ with double vertical slats, flanked by sleek, pulled back LED headlamps. The multiple ceases and sharp lines on the body give it a sculpted look, whereas the 18-inch trinity alloy wheels match well with the bulky stance. Furthermore, the dark grey body cladding accentuates the SUV-ish look. Unlike other seven-seater models with boxy look, Kodiaq looks compact, thanks to the low stance.

Power source on the seven-seater Skoda Kodiaq is the 2.0-litre TDI diesel unit that has been borrowed from Volkswagen Tiguan. While the engine puts out sale torque (340Nm), it has been calibrated to generate 7bhp additional power. With the extra 7bhp, the 2.0-litre TDI unit makes 148bhp between 3.400 to 4,000rpm against Tiguan’s 141bhp. The engine comes paired to VW’s 7-speed DSG unit. In terms of fuel economy, Kodiaq is claimed to return 16.25km/l which decent, though it is slightly less than Tiguan, which is rated at 17.06km/l.

Dimensionally, Kodiaq is slightly longer, wider and taller than Tiguan. That said, it measures 4,697mm in length, 1,882mm in width and 1,676mm in height. The 2,791mm long wheelbase carves out generous space for occupants inside the three-row cabin and it gets 188mm of ground clearance. In terms of storage, the SUV offers 270-litres of space with all rows up and 630-litres with the third row folded. The boot space can further be expanded to 2,005-litres by folding the second row. Read More – Skoda Karoq Unveiled; India Launch In 2018

Skoda has packed the cabin with a host of comfort and connectivity features such as the 8.0-inch touchscreen that has been sourced from Octavia. The infotainment system gets several connectivity options like Apple CarPlay, Android Auto, Skoda media command app and a navigation system. 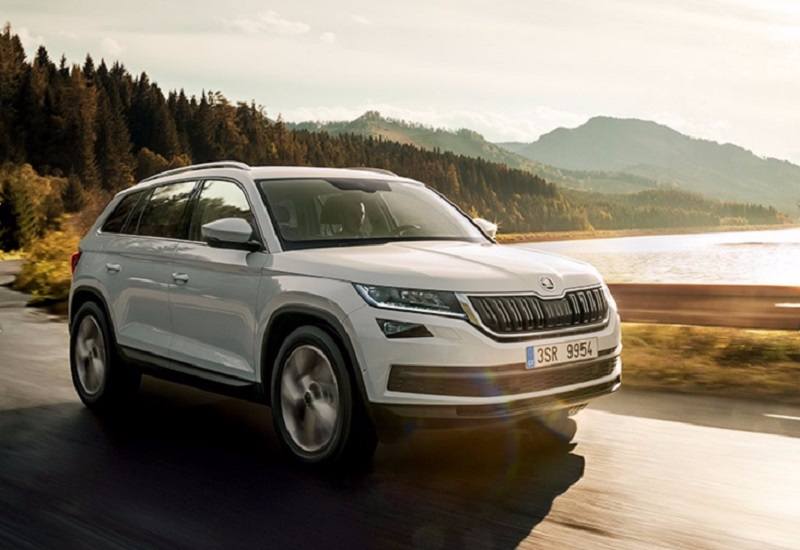 Kodiaq is Skoda’s first seven seat SUV which has made inroads into the competitive entry-level premium segment and will field against top-selling models such as Toyota Fortuner and Ford Endeavour. The SUV will be assembled at company’s Aurangabad facility where it also assembles Octavia and Rapid. As for the price range, the SUV is available in a single ‘Style’ variant priced at Rs 34.49 lakh (ex-showroom, Delhi). Read – Skoda Rapid Facelift – All You Need To Know

Skoda has finally launched its premium seven-seater SUV in India. Official bookings are now open across Skoda dealerships for Rs 3 lakh and deliveries will commence from early November. 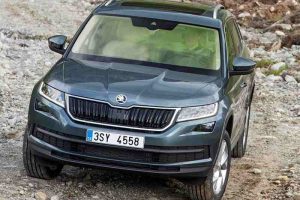 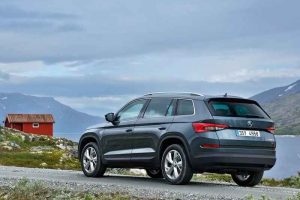 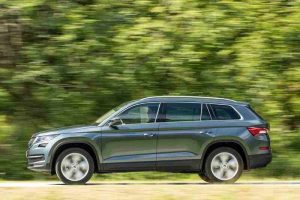 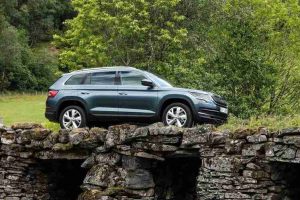 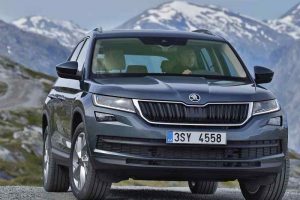 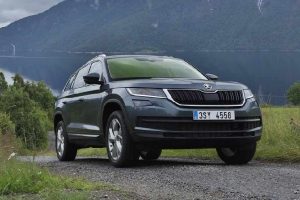 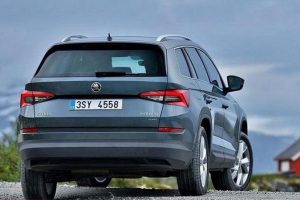 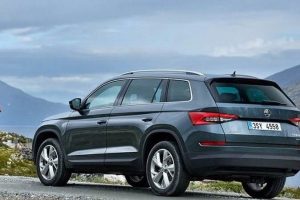 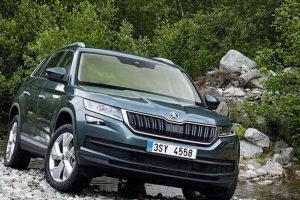 Based on Volkswagen’s versatile MQB underpinnings, the seven-seater Kodiaq is available with a single diesel engine. This is the same 2.0-litre TDI oil burner that does duty on the Volkswagen Tiguan, though it has been tuned by Skoda to put out 7bhp additional power over Tiguan. That said, the 2.0-litre TDI unit makes 148bhp between 3,400rpm to 4,000rpm, whereas the torque output is same as Tiguan at 340Nm. Transmission duties are carried out by Volkswagen’s 7-speed DSG automatic gearbox. Additionally, the SUV receives an all-wheel-drive system (AWD) and an optional Dynamic Chassis Control that permits switching between engine modes, throttle response, suspension and transmission. One must note that Kodiaq comes with six driving modes-Comfort, Eco, Normal, Sport, Individual and Snow. Read: New Skoda Superb – All You Need To Know

Powered by the 1,968cc, turbocharged diesel engine and linked to a 7-speed DSG automatic gearbox, the seven-seat SUV delivers a claimed mileage of 16.25km/l, which is slightly less than VW Tiguan’s 17.06km/l.

Kodiaq is slightly larger than its German cousin in numeric terms. Built on the MQB platform, the seven-seater model measures 4,697mm in length, 1,882mm in width and 1,676mm in height. It sits on a 2,791mm long wheelbase and features tracks measuring 1,587mm and 1,576mm at front and rear respectively. Sporting boastful proportions, the SUV offers comfortable space to the occupants in first and second row, while the third row seems suitable only for kids. The ground clearance is around 188mm and the luggage storing capacity is also decent at 270-litres with all the seats up. While with the third row down, the luggage compartment offers 630-litres which can further be expanded to 2,005-liters by folding the second row. 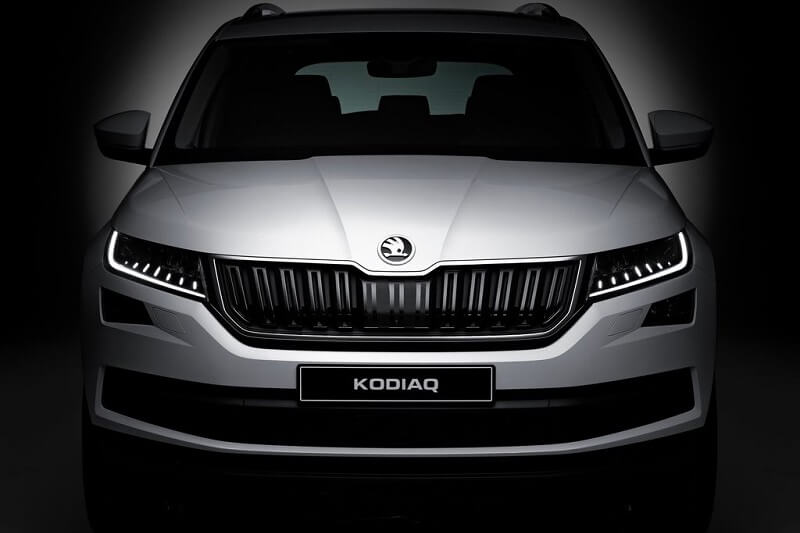 The all-new Kodiaq is built on Skoda’s latest crystalline design language and gets a compact look despite being a seven-seat model. Some of the bits on Kodiaq seem to be taken from Octavia. In front, the SUV features rectangular shaped LED headlamps with crystal-eye effect, Skoda’s butterfly chrome laden grille with double vertical slats, sporty bumper and three-part air-dam. The LED fog lamps are placed right below headlamps and come with cornering lights. One must note that the crystalline LED lamp come with AFS or auto function leveller which prevents the oncoming motorists from getting dazzled, even if you put the lamps on high beam.

At the sides, it gets 18-inch trinity alloy wheels that match up well with the bulky body. Other additional bit is the grey cladding around the body. Furthermore, the pronounced wheel arches, large tyres and sharp creases inject aggression. At the back, Kodiaq sports wrap-around C-shaped taillamps, raked-in windscreen and integrated spoiler that reiterate SUV-ish styling. 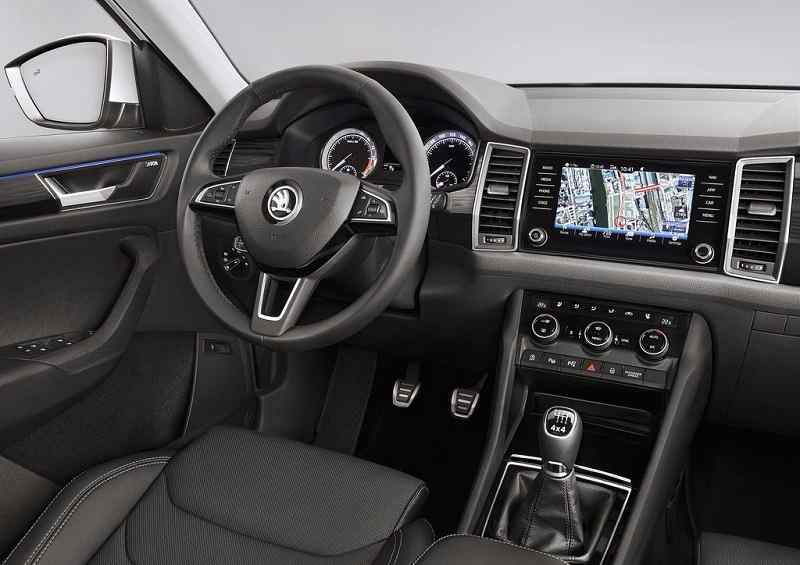 Step inside the cabin and you can sense the familiarity with other models from the company. That said, lots of bits such as the dials, air con controls, window switches and steering wheel are in line with that of those seen in other Skodas. It features dark grey and beige dual tone colour theme on the inside. The plastic quality is good save for some bits where it could have been better.

It is comfortable to ingress into the second row and the seats feature 40:20:40 split function that enables folding it and sliding it back & forth by 180mm. Skoda has equipped a separate climate zone for the third row. In terms of comfort & space, the car can accommodate five adults in the front and middle row, though the third row is a bit cramped and seems suitable only for kids. Additionally, the middle row can be adjusted a bit to fit medium-sized individuals in the third row when required.

We have already spoken about the boot space, which is 270-litres and can be expanded to 630 and 2.005-litres by folding the third and second seats respectively. There is a parcel shelf inside which can interestingly be folded into a cubby under the boot whenever required.

The entry level premium SUV segment has grown many folds in the last few years with new models entering the space and older models getting a generation leap. Two of the segment’s top-selling models, Ford Endeavour and Toyota Fortuner recently received comprehensive changes to keep abreast with the rivals. While Endeavour is prepping for another update in the coming months.  As for Kodiaq, it will primarily compete with Toyota Fortuner and Ford Endeavour in the segment.