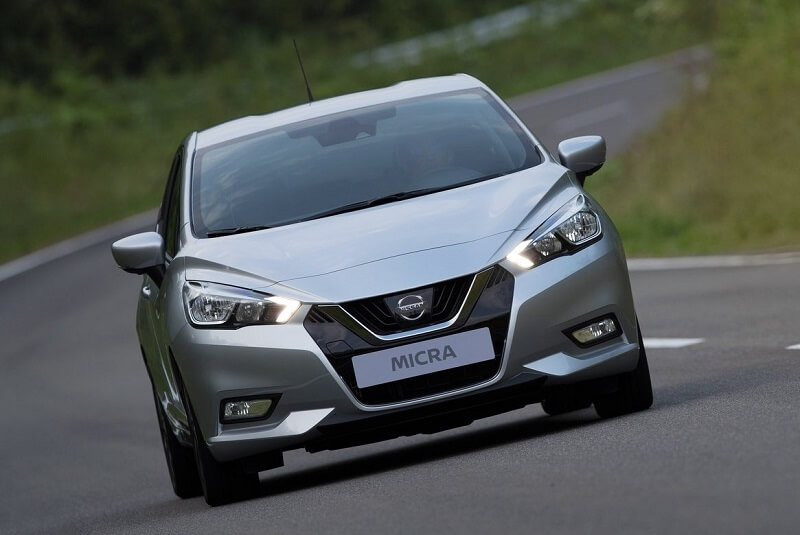 – India launch of the new Micra is likely to happen sometime next year.

– Design of the new-gen Micra will be heavily inspired by the Sway concept.

– The 2018 Nissan Micra will witness comprehensive design and feature updates.

– Claimed to have best-in-class drag coefficient, the new Micra will be more frugal in nature.

Japanese carmaker, Nissan has a handful of new products for the Indian market. The company will soon launch the Kicks compact SUV and Leaf electric hatchback in the country. The company is also working on the next generation Micra and Sunny sedan. Previewed at the 87th Geneva Motor Show, the new Nissan Micra 2018 has already been launched in the European market. If media reports are to be believed, Japanese brand will follow the familiar dual-spec platform strategy for the India-spec next-gen Nissan Micra.

The India-spec model will share design cues from the fifth-gen Nissan Micra. However, it will be based on a new low-cost CMF-A+ platform. The new model will be bigger and more spacious than the outgoing model. In terms of features, it will get touchscreen infotainment system, LED DRLs, automatic climate control, rear parking camera, etc. The hatchback is expected to share mechanics with the existing model – 1.2-litre petrol & 1.5-litre diesel. However, these engines will be tuned for more fuel efficiency and performance.

The fifth-generation Micra is already on sale in the European market, albeit we still await an official announcement from Nissan on its India launch. However, media reports suggest that Nissan could launch the new Micra in India sometime next year.  Picture Gallery: Nissan Kicks – 8 Interesting Things

While the Europe-spec model uses the Renault-Nissan’s CMF platform, it will continue using the same underpinnings (V-platform) for the emerging markets. Though, the Indian model will ditch the V architecture for the low cost CMF A+ platform. The heavy localisation will surely help the carmaker achieve competitive pricing. Sporting new changes and an evolutionary design, the 2018 Micra is expected to be slightly more expensive than the existing model. The 2018 Nissan Micra price in India is likely to start from Rs 6 lakh for the entry-level variant and go up to Rs 9 lakh for the high-end model. Read – Globally Popular Nissan Leaf Coming To India 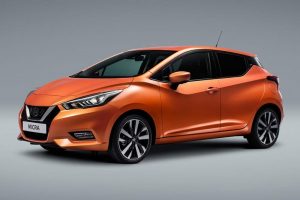 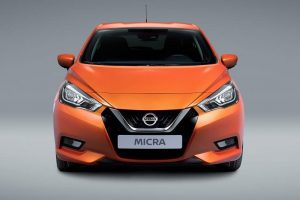 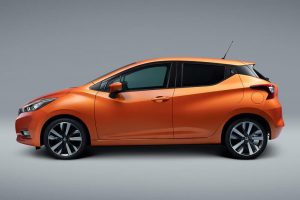 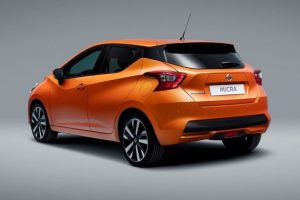 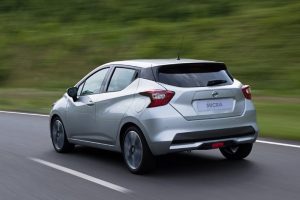 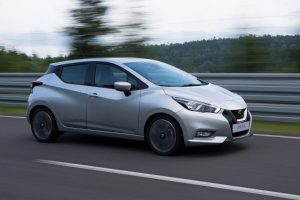 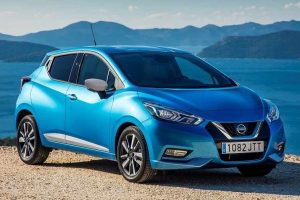 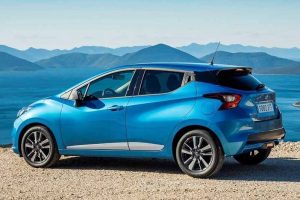 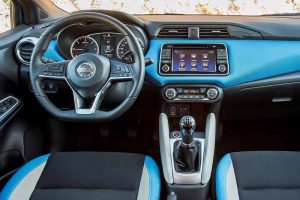 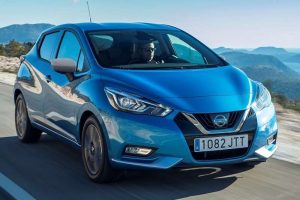 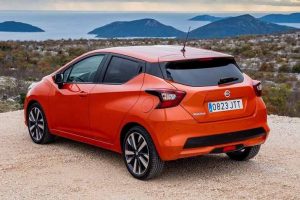 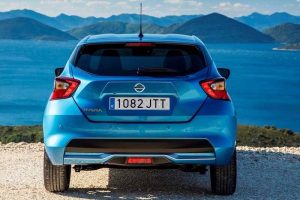 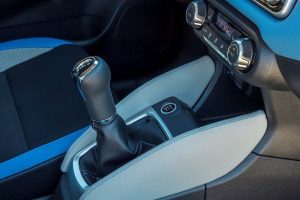 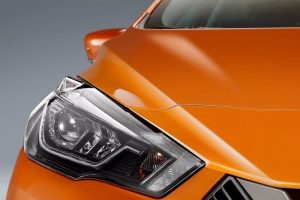 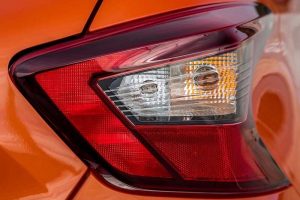 For the European market, the 2018 Nissan Micra is offered with the old engine set that includes the BR10DE 1.0-litre petrol, HR09DET 1.0-litre turbocharged petrol and K9K 1.5-litre diesel. While the BR10DE 1.0L and 1.0L turbocharged petrol motors deliver power worth 73bhp with 95Nm and 90bhp and 140Nm of torque respectively, the diesel mill on the other hand pushes out a top power of 90bhp against 220Nm of torque. Nissan will use different set of petrol and diesel engines for other international markets. It is likely to offer engines with a capacity ranging from 1.2-litre to 1.6-litre.

As for the Indian market, there is no clarity if these engines will be introduced here. Currently, the hatchback comes with the 1.5-litre diesel and 1.2-litre petrol engines producing 63.12bhp with 160Nm and 75.94bhp with 104Nm respectively. It is expected that the India-spec model will receive the existing set of engine; however, the engines will be tuned for more power and efficiency. Transmission options, on the other hand, might include a 5-speed manual and a CVT automatic unit. Read: Nissan X-Trail SUV – All You Need To Know

As per Nissan’s claim, the new Micra has the best-in-class drag coefficient (0.29) thus making it more frugal than the previous generation. The engine details for the India-spec model are still under the wraps, therefore it would be a tad early to comment on the mileage of the new 2018 Nissan Micra. On the current generation model, the petrol and diesel powertrains deliver a claimed mileage of 19.34kmpl and 23.08kmpl respectively. Read – Nissan Sunny Set For A Generation Change 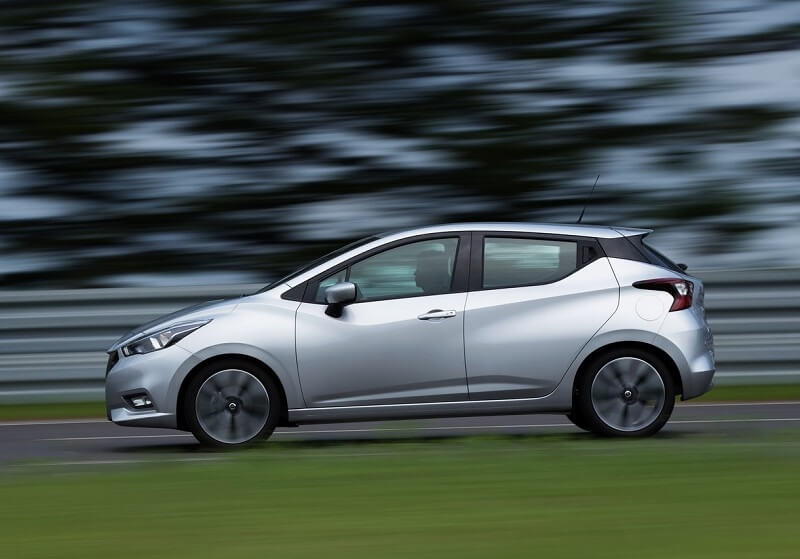 Based on Nissan’s new design philosophy, expect it to be radically different from its predecessor. The evolutionary new design language is heavily inspired by the Sway concept. As mentioned above, the Europe-spec model has been designed on the Renault-Nissan’s CMF-B platform. On the other hand, the India-bound model will be based on low-cost CMF A+ platform instead of the V platform. In a bid to give it an all-new look, Nissan will add new elements and make design changes in tandem with the Sway concept that broke cover at the 2015 Geneva Motor Show.

It’s the face of the car that will receive comprehensive updates, giving it a sportier look. The redesigned grille up front will be flanked by the new full LED headlamp cluster with LED daytime running lights and the low-slung bonnet will rest on the large bumper. Side profile, with a sloppier roofline and 17-inch alloy wheels, will look visually more appealing. The rear end will get a newly designed hatch and new taillamps and rear spoiler. Dimensionally, the new Micra will measure 3,999mm long, 1,743mm wide and 1,455mm high. Sitting on the 2,525mm long wheelbase, the new Micra will be longer, wider and taller than its predecessor. Read – Nissan Note e-Power Hatchback Is Coming To India 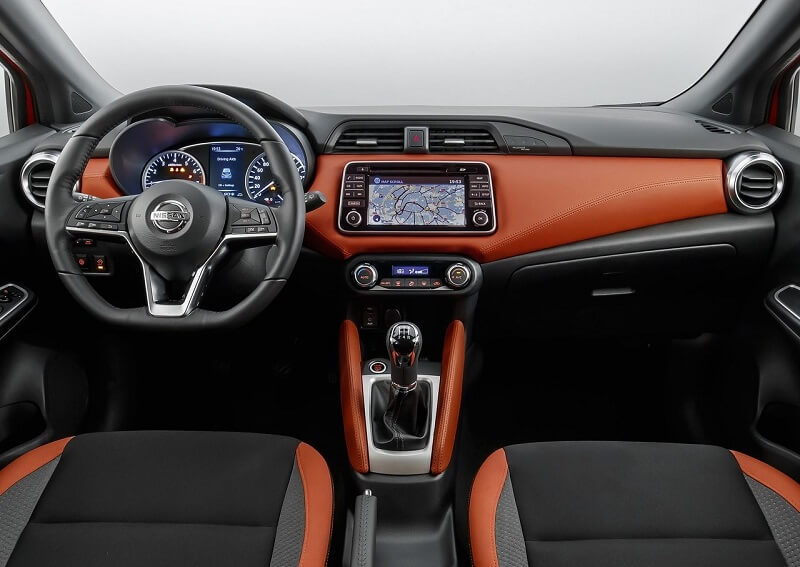 The new-generation Micra will be more upmarket with better quality material inside and additional features. Changes to the interior will include futuristic centre console, new trims, leather seat covers and a new instrument cluster. It is expected to get a new BOSE Personal audio system with advanced speakers and Nissan’s intelligent Around View Monitor camera system. In addition, the car will also come with a dashboard integrated NissanConnect infotainment system with 7.0-inch full-screen multi-touch display with satellite navigation, DAB digital radio and smartphone-style apps. The 2018 Nissan Micra will also get a 5-inch driver information display and 360 degree camera. Read About – Upcoming Nissan Kicks Compact SUV

To make it safer than its predecessor, Nissan will add new safety features such as the Intelligent Emergency Braking, Intelligent Lane Intervention, Blind Sport Warning, Traffic Sign Recognition and High Beam Assist. The standard fitments will include six airbags, seat belt warnings and seat belt height adjustment for front & rear occupants. Aside from the above features, the new Micra will also get anti-lock-braking system, Electronic Stability Program, Hill Start Assist, Tyre Pressure Monitoring System, a speed limiter, automatic headlight sensor, automatic hazard lights. While these features will be offered with the Europe-spec model, there is still no clarity if these will be introduced on the India-bound model.

In the B segment, the new Nissan Micra will compete against Maruti Swift, that is set for a generation change early next year. Besides, the hatchback will also feel the heat from Maruti Baleno, Honda Jazz and Hyundai Elite i20 and the likes.