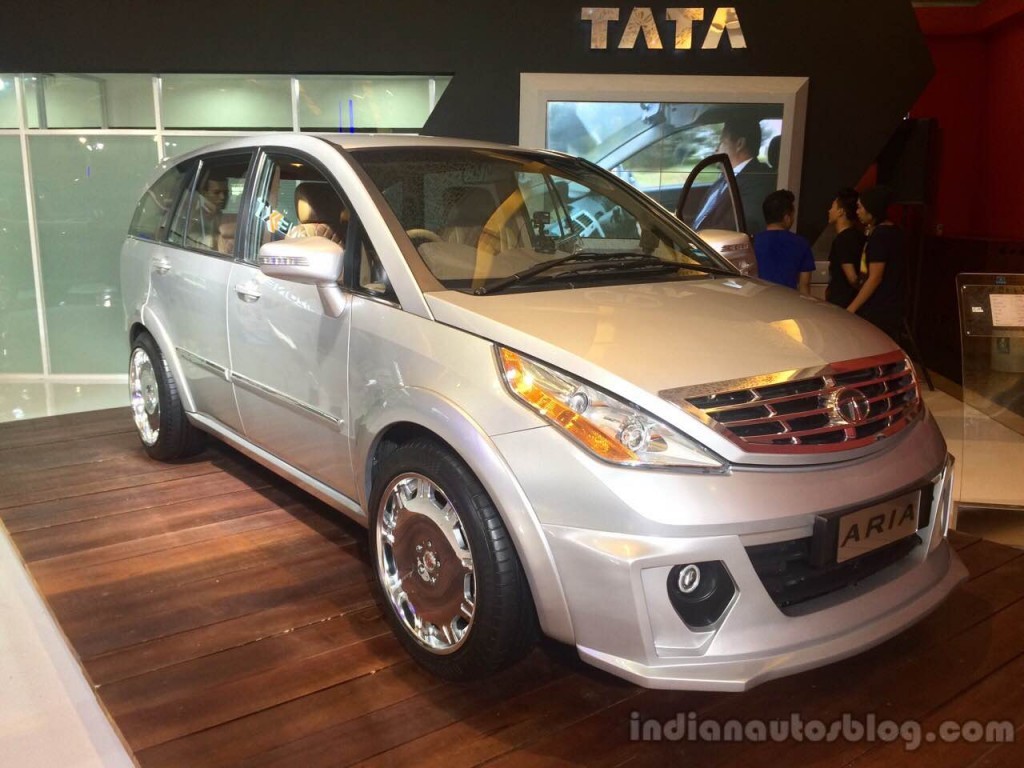 The modified Tata Aria gets aggressive front fascia. Several sporty elements are given to the vehicle to offer a sporty look. It is equipped with a new chrome grille and the bumper has been extended with a lower nose. The front looks larger with wide air intakes and fog lamp assembly. Its flared wheel arches have been fitted to large chrome wheels. Other upgrades include side skirts, rear spoiler and wide tires.

Inside the cabin, the vehicle gets smart upgrades which make it look upmarket. The dashboard and door handles of the car features faux wood finish. Its large seats have been covered with tan leather-like upholstery. Under the hood, the modified Aria gets the same 2.2-litre diesel engine that is capable of developing a top power output of 138bhp and a peak torque of 320Nm.

The Indonesia-spec Tata Aria comes with a 5-speed manual transmission only. However, the company also displayed the Aria A-Tronic version which is paired to a six-speed automatic transmission at the 2014 IIMS.