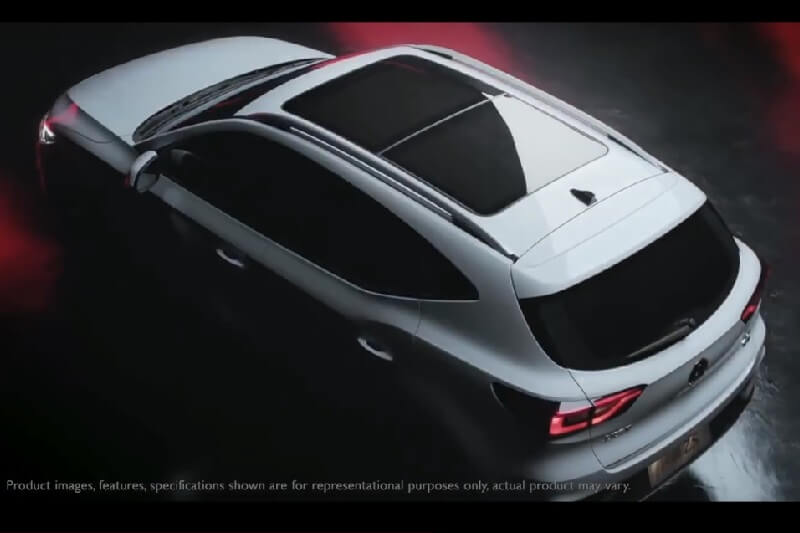 MG Motor is all set to enter into the highly competitive Indian auto industry. The company has recently revealed the first teaser of its highly-awaited Hector 5-seater SUV, which is likely to be launched in June 2019. The MG Hector will be available in petrol and diesel guise. Ahead of the launch, engine specifications of the MG Hector SUV have been revealed on the internet.

According to AutoCarIndia, the MG Hector will be available with 2 engine options – a 1.5-litre turbo-petrol and a 2.0-litre turbo-diesel. The petrol engine is capable of producing 143bhp of power and 250Nm of torque. Compared to its direct rivals – Hyundai Tucson, Honda CR-V and Jeep Compass, the Hector petrol is slightly underpowered.

The Hyundai Tucson and Honda CR-V are powered by a naturally-aspirated 2.0-litre petrol engines. While the Tucson offers 155bhp and 192bhp, the CR-V engine delivers 154bhp and 189Nm. However, the Hector’s engine offers class-leading 250Nm of torque. The Jeep Compass, on the other hand, is powered by a 1.4-litre, turbocharged petrol engine that pushes out 163bhp and 250Nm of torque. The MG Hector’s petrol engine will be paired to either 6-speed manual or 6-speed dual-clutch automatic transmission.

The diesel model will receive the Fiat-sourced 2.0-litre, 4-cylinder diesel that is expected to produce close to 170bhp and 350Nm of torque. The MG Hector will be equipped with several segment-leading features like a 360-degree camera, largest portrait touchscreen infotainment system and segment-leading panoramic sunroof. Other features will include dual-zone climate control, cruise control, a TFT multi-info display, paddleshifters, electrically adjustable seats and an electronic parking brake.

MG Hector will be produced at SAIC’s manufacturing facility in Halol Gujarat. It is confirmed that the SUV will have 75% of localisation, which suggests aggressive price tag.