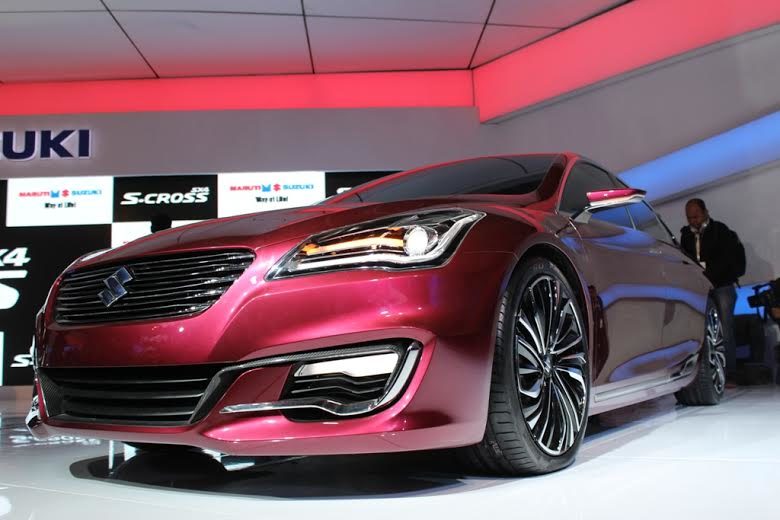 Maruti Suzuki India Limited (MSIL) is basking high in the glory of its recently launched super successful hatchback Celerio. But, the company, simultaneously, is working quite hard on its next product that would be Ciaz sedan aka Alivio during festive season. And, if latest reports are to be believed, the company has officially stalled the production of its phased out SX4 sedan to pave way for Ciaz.

As known, SX4 wasn’t reaping the company rich dividends as it sales had come down to 250 cars per month in 2014, the lowest for a Maruti nut. Though originally launched in 2007, SX4 is not to blame for these dried up sales figures as during the course of time, new cars with latest features like Honda City and Hyundai Verna Fluidic came into the market. The SX4 sedan was launched in both petrol and diesel guises. In petrol, it was being presented with a 1.6-litre, 4-cylinder petrol engine which returned a power output of 102PS. Later, company retuned the engine using VVT (variable valve timing) technology and enhanced the power up to 105PS. Maruti tried its level best to keep the car in competition by introducing a CNG variant of the sedan in 2010 which was an instant hit and made it a first choice for radio taxi and fleet operators. It had all the characteristics of a large C-segment sedan with affordable maintenance cost, big boot space and frugal engine.

In 2011, Maruti went on to introduce the sedan in a diesel avatar with its tried and tested 1.3-litre, turbocharged diesel, 4-cylinder engine. It generated a top power of 90PS and it is the same engine that is being used in Swift siblings but the exceeded power in Swift and Swift Dzire is a result of variable geometry turbo. So, it can be said that SX4 was the ‘blue eyed pot’ of the entire Maruti line-up and the company did everything that it could possibly do to keep it alive in the market. However, it never paid Maruti rich dividends like the other cars like Alto, Swift and Swift Dzire but, its capability, performance and massive size can’t be underestimated. Furthermore, the exemplary pricing at which the sedan was sold, was quite astounding at that time because of the superior performance and highly spacious inner cabin. The case, though, with Ciaz is a bit different as it is build to cater the needs of an C segment car buyer. It is good looking and bigger in size and everyone has seen it as Maruti had showcased it earlier at the 2014 Indian Auto Expo. It would be launched in both petrol and diesel fuel trims to challenge the likes of Ford Fiesta, Nissan Sunny, Hyundai Verna and Honda City.