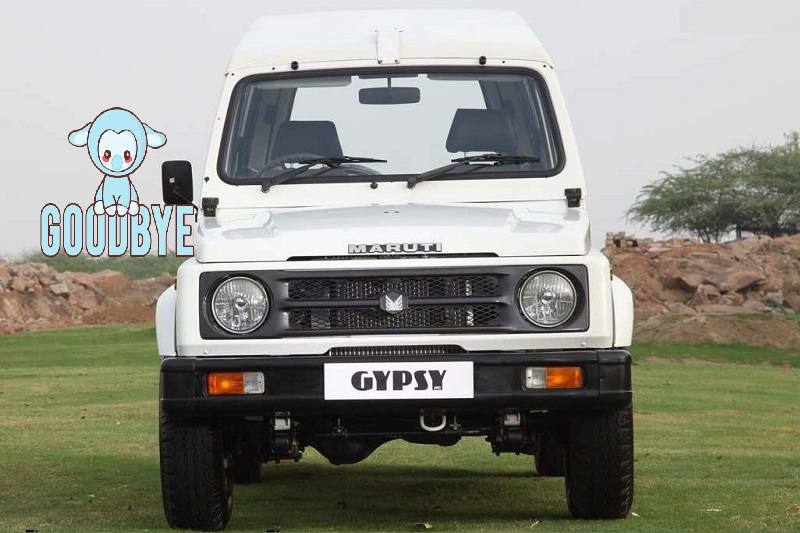 Maruti Suzuki Gypsy has completed its 33 successful years in the country.

Maruti Suzuki Gypsy, the iconic off-roader from the Indo-Japanese carmaker, was first introduced in India in December 1985. Now, the vehicle has completed its 33 successful years in the country and the carmaker believes that it has reached the end of its life cycle. Therefore, the Indo-Japanese carmaker has decided to discontinue it. The company not only stopped its production, but requested its dealers to not to take any new bookings. Read – 10 Cars Will Be Discontinued From India in 2019

The reasons behind pulling the plug on the Gypsy are its old-school design and the cost involved to upgrade the vehicle as per the upcoming BS6 emission norms and crash test regulations. Due to these two factors, the company is also planning to discontinue some of its other products as well including Omni. Read – Maruti Suzuki To Launch 10 New Cars In India

After the Maruti 800 and Maruti Omni, the Maruti Suzuki Gypsy was the third product launched by the Indo-Japanese carmaker in the country. Initially, the off-roader was made available with a 1.0L petrol engine and a 4-speed manual gearbox, which were replaced with an all-aluminium 1.3L motor and a 5-speed manual transmission in 1996. Read: Maruti Suzuki To Go All Petrol & CNG; No Diesel In Future

The Maruti Suzuki Gypsy has been serving Indian army from many decades. It’s also quite popular among off-road enthusiasts. Based on the ladder on chassis frame, the small off-roader is currently available with a 80bhp, 1.3L fuel injected engine and RWD (rear-wheel-drive) with the part-time 4WD (four-wheel drive) system.