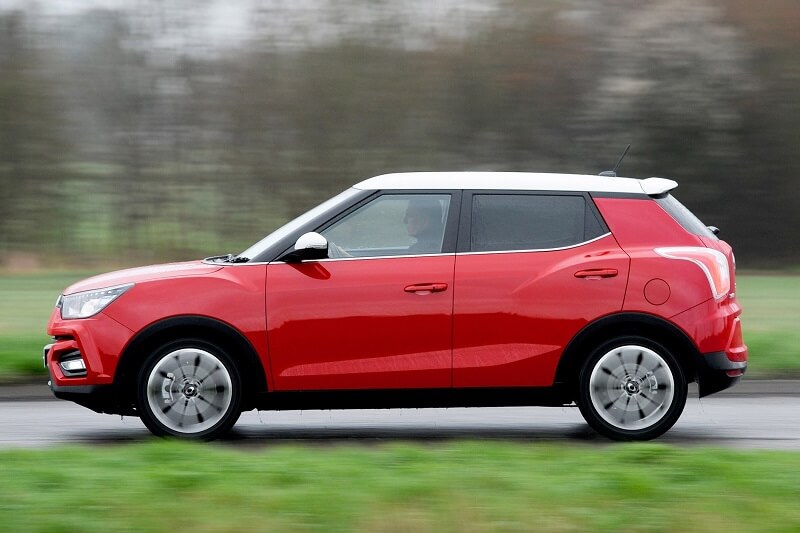 India’s leading utility vehicle maker, Mahindra is planning to launch a range of new cars in India in the next 2-3 years. The company will launch 2 new SUVs – a 7-seater premium SUV codenamed Y400 and a sub-4 meter SUV – codenamed S201. The model we are talking here is the sub-4 meter SUV, which is likely to be called the Mahindra XUV300. The mini SUV will go on sale in the first quarter of 2019. Here we bring you 5 interesting facts about the upcoming Mahindra XUV300 –

This will be Mahindra’s first SUV to feature SsangYong’s X100 platform that also underpins the Tivoli compact SUV. This will be the brand’s second model to use SsangYong’s platform. The company is likely to use this platform to develop future products for the Indian market.

– Most Powerful In Its Category

Media reports claim that the Mahindra XUV300 will be the most powerful in its category. It will be powered by a new 1.5-litre diesel engine that made its debut on the Marazzo. This engine produces 121bhp of power and 300Nm of torque. The small SUV will also get a petrol option, which will be powered by a newly developed 1.2-litre turbocharged engine. This engine is likely to produce around 140bhp of power, which will make it the most powerful in its category.

The Mahindra XUV300 compact SUV will come equipped with a factory-fitted electric sunroof. It will be the second car in the category to feature sunroof as factory fitted. The EcoSport Signature Edition is the other car in the sub-4 meter SUV that has factory fitted sunroof.