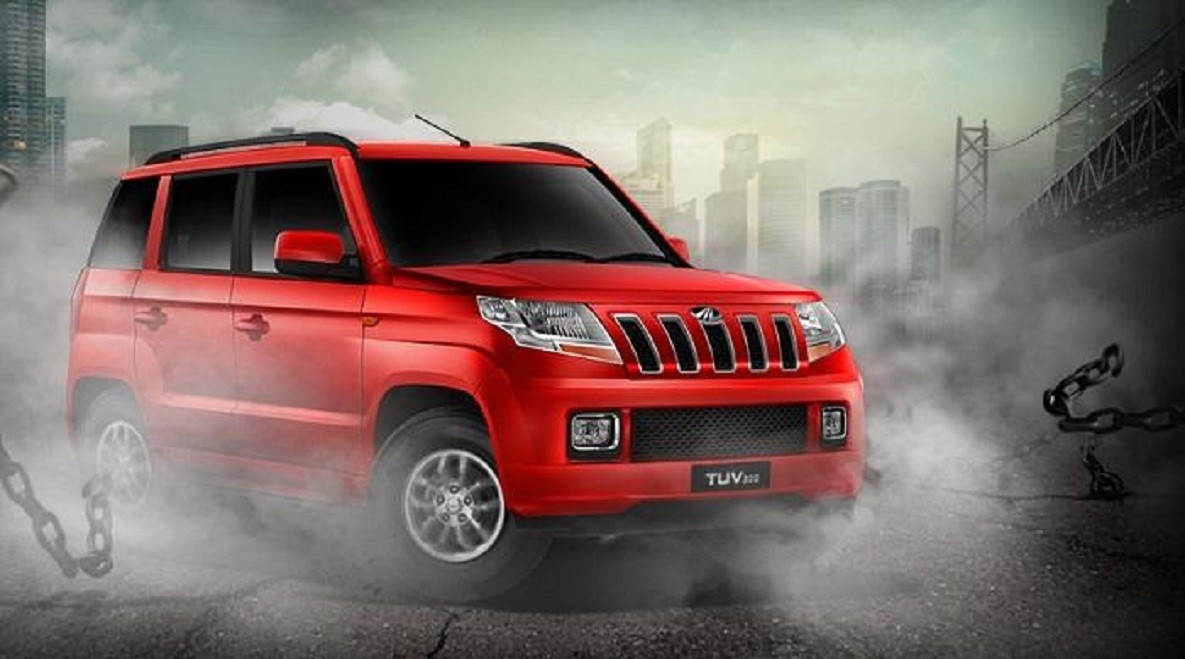 Mahindra TUV300 has been doing really well for its carmaker ever since its launch. To further increase its sale, the home-grown carmaker has rolled out its more powerful version – the Mahindra TUV300 mHawk100. Priced at Rs. 8.98 lakh (ex-showroom, Delhi), this new variant is powered by a 100bhp, 1.5-litre mHawk80 diesel engine that also does duty in the Mahindra NuvoSport. With these power figures, the TUV300 becomes as powerful as its closest rival – Ford EcoSport. The Mahindra TUV300 mHawk100 will be sold alongside the regular version of the compact SUV.

The regular Mahindra TUV300 comes with a 1.5-litre, 3-cylinder turbodiesel mHawk engine, thus making it the least powerful vehicle in its segment. This powertrain delivers a claimed power of 84bhp and 230Nm of torque. Both the powertrains are available with a 5-speed manual and a 5-speed AMT (automated manual transmission) gearbox options. In terms of pricing, the Mahindra TUV300 mHawk100 is slightly more expensive than the regular model.

Also Read: A List of Upcoming Mahindra Cars in India

Mahindra TUV300 has received an overwhelming response ever since its launch in September. The TUV300 that became India’s second best-selling compact SUV within a month of its launch, has received over 16,000 bookings so far. Though, it’s the AMT variant across the model lineup which is greater in demand than the variants powered by manual transmission. The compact SUV was also one of the top products that helped the company achieve 38 per cent year-on-year growth in November 2015.

In order to meet vehicle’ rising demand and reduce waiting period, the company has increased its production to 6,000 units from 4,000 units per month. Just so you know, the Mahindra’s TUV300 had outsold the Ford EcoSport for two consecutive months with a total sale of 4,551 units in October and 4,313 units in September 2015. 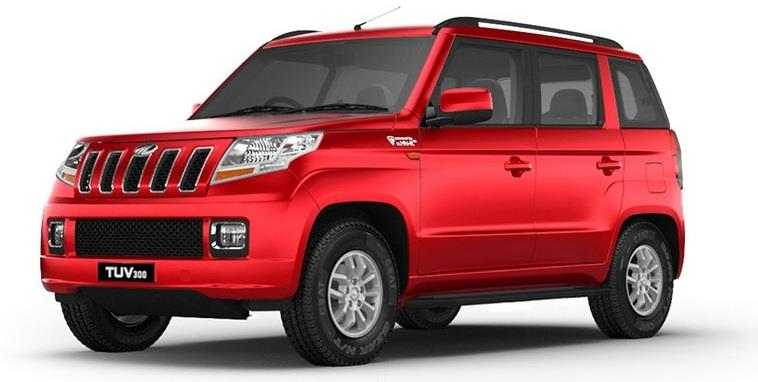 So if you are planning to buy the all-new Mahindra TUV300, here’s everything you should know about it

The Mahindra TUV300 looks pretty alright in flash, and attracting buyers due to its rugged feel. The Mahindra’s compact SUV’s design is claimed to be inspired by a “battle tank” with features like raised shoulders, high front nose, flat roof, straight bonnet and high ground clearance. The vehicle offers a commanding road presence, thanks to its high ground clearance. Based on the new ladder frame chassis, the TUV300 is claimed to more compact and lighter than the Bolero. It’s the same platform that underpins the new Scorpio. The car’s front fascia looks aggressive with a bold grille with chrome inserts, static bending headlamps, black bumper, flat bonnet and rectangular fog lamps.

Though the side profile looks plain and boxy, in fact the vehicle’s tyres too look undersized due to square-shaped wheel arches. That said, the prominent character line, roof rails and blackened C-Pillar help the vehicle’s side profile look sporty. The rear profile too looks simple but has a neat design that gives it a no-nonsense appeal. With bold stances and rear-mounted spare wheel, it looks like a proper SUV despite being it the sub-4 metre vehicle. Other design elements include body-coloured door handles and wind mirrors, outside rear-view mirrors (ORVMs) and vertical tail-lamps.

Inside the cabin, the car gets a dual-tone black and beige interior theme and a hexapod centre console with piano black finish. The compact SUV comes with 7-seats (5 +2) layout and two single jumper seats behind the second row. The instrument panel gets chrome bezel surrounding with a multi information display (MID) in the middle, a speedometer on right and a tachometer on the left. There is two large dials with chrome highlights that add more to its sporty appeal.

The car also comes equipped with a three-spoke steering wheel with audio system controls, Bluetooth telephony and contoured palm grips. The power window switches and parking brake lever are positioned towards the rear end of the center console. The vehicle offers best-in-class headroom and legroom, and a class-leading boot space of 384-litres. The cargo capacity can be increased up to 720-litres. Mahindra claims that TUV300 is ready ahead of time to meet the upcoming safety regulation – October, 2017.

Power for the Mahindra TUV 300 comes from a mHawk architecture based engine – called mHawk80 – that makes it more powerful and efficient than the Bolero. This 1.5-litre mHawk80 turbocharged diesel engine is equipped with the Micro hybrid technology that we have already seen on various Mahindra products including the Scorpio. This power mill is capable of developing a maximum power output of 84bhp against 230Nm of peak torque.

The company has also rolled out a more powerful version of the compact SUV – Mahindra TUV300 mHawk100. This new variant derives its power from the NuvoSport’s 1.5-litre mHawk80 diesel engine that delivers power worth 100bhp at 3750rpm and 240Nm of torque at 1600rpm – 2800rpm. There are two transmissions on offer – a 5-speed manual, and a 5-speed AMT (automated manual transmission) gearbox.

The compact SUV also gets the start-stop option that helps the engine save fuel and reduce emissions. This hybrid technology automatically switches off the engine when the vehicle comes to a halt, and gains life again once the clutch gets operational. The new Eco Mode system balances engine power for driving and AC usage. It also helps in achieving optimum fuel economy. Mahindra claims that TUV300 returns a fuel efficiency of 18.49kmpl. This makes it one the most fuel efficient cars in its league.

Mahindra is offering a plethora of accessories (as paid options) to armour-up the compact SUV. Here’s a list of the Mahindra TUV300 accessories.