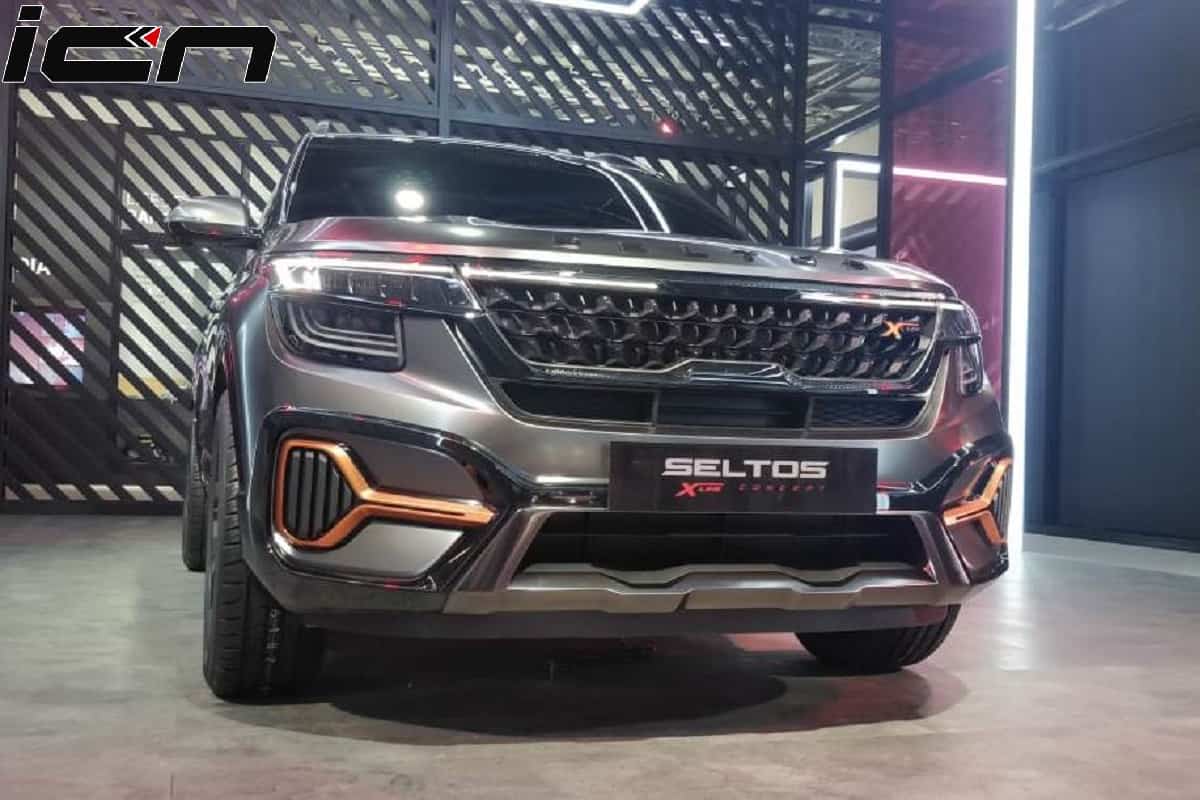 Kia Motors had showcased the X-Line variant of the popular Seltos SUV at the 2020 Auto Expo. Powered by a 175bhp engine, the Kia Seltos X-Line was a concept vehicle that may not enter into the production in the near future. In India, the SUV is not likely to be launched anytime soon. The company could introduce the X-Line as a limited edition model for enthusiasts only.

The concept car showcased at the Auto Expo 2020 was equipped with a two-inch lift kit that makes it look more rugged and sportier from the outside. It is basically a customised kit from the house of Kia. The regular Kia Seltos is not available with an all-wheel-drive system; however, the X-Line variant was equipped with an electric all-wheel-drive system with a central differential locking system. This system makes it more capable off-roader than the regular Kia Seltos, which is mainly usable for city roads.

It features off-road spec tyres, which are bigger than the regular model. In fact, the alloy wheels are customised for the rough road conditions. Also visible is the usable roof rails. The exterior paint scheme has also been customised featuring contrasting orange highlights on the bumper, alloy wheels, sides and rear section.

The Kia Seltos X-Line comes with aggressive design, thanks to the aftermarket bumpers, wheel arch cladding and prominent grille. SELTOS name is embossed on the bonnet of the SUV. The interior of the Kia Seltos X-Line was not revealed at the 2020 Auto Expo; however, similar contrasting highlights are likely to be on offer.

The X-Line is powered by a 1.6-litre turbocharged petrol engine that is capable of producing 175bhp of power. Power will be transmitted to the all-4-wheels via a 7-speed dual-clutch automatic transmission. The company hasn’t revealed about the plans of launching this model. If it launch, the Seltos X-Line will be customised or designed for the enthusiasts.