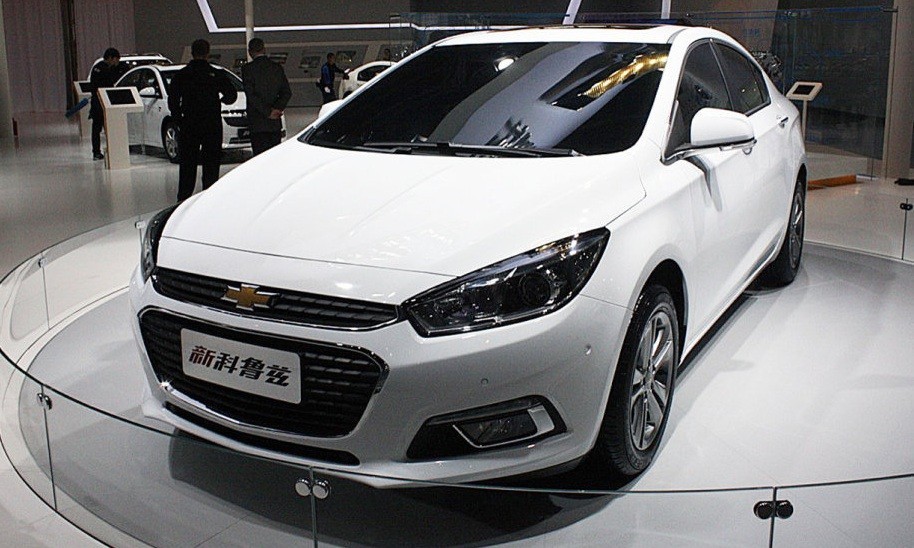 The India-bound 2015 Chevrolet Cruze saloon has been officially launched in China. The super sedan which was unleashed at the recently concluded 2014 Beijing Motor Show, has finally made its way in the Chinese market with two petrol engine options. In India, it is expected to launch at later stages, most probably around mid 2015.

The latest iteration of this saloon flaunts narrow grille, sweptback headlamps equipped with projectors and a hexagonal secondary air damn. The interior boasts the dual-cockpit design and comes with a dual tone brown and black color theme. Additionally, to spice the comfort and luxury quotient, the company has incorporated a MyLink II infotainment system with an eight-inch display and leather wrapped three-spoke steering wheel. 2015 Chevrolet Cruze has nothing to do with its predecessor at least in terms of exterior designing and it development took place at company’s global R&D centre.

The all new Cruze is powered by two different engines – 1.4-litre turbocharged engine and naturally-aspirated 1.5-litre powertrain. The former engine dishes out a healthy power output of 148PS while the latter one is able to deliver around 112PS of maximum power output. The company has provided as many as three transmission choices to the buyers to select from a 6-speed manual, 6-speed AMT and a 7-speed dual-clutch automatic transmission. General Motors hasn’t revealed a confirmed launch date of this new model in India but we expect it to be in the country around the second half of 2015.