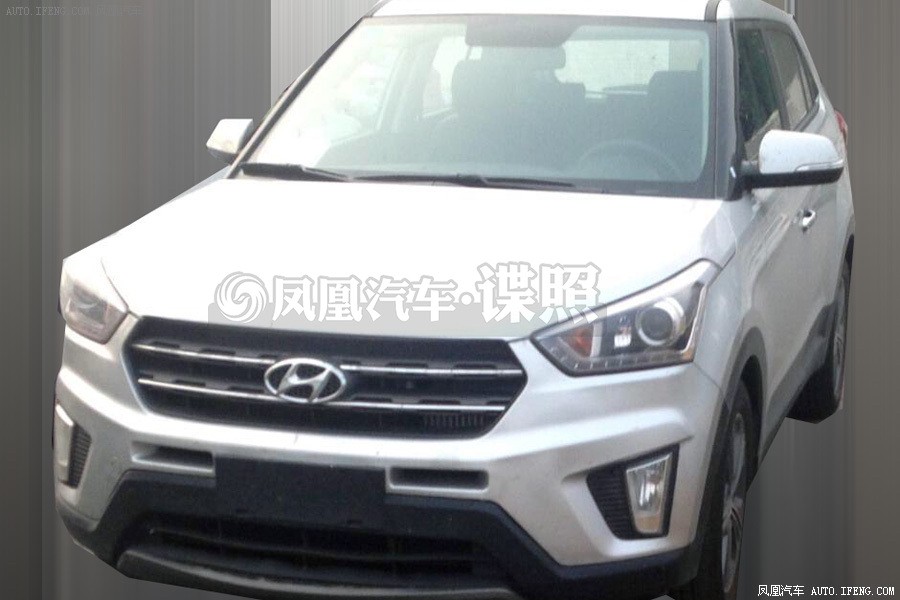 It has been a while since Hyundai ix25 compact crossover SUV has been spotted testing. The ix25 compact SUV was showcased at the 2014 Beijing Motor Show in pre-production form. It is scheduled to go on sale in the Chinese market on October 9. The latest spyshots reveals some interesting information about the vehicle. Its top-end variant, reportedly named as Hyundai ix25 Sport, has been spotted testing for the first time. Interestingly, this model gets a different fascia compared to the regular variants. The spotted Hyundai ix25 Sport variant gets a twin-slat front grille instead of the triple slat found in standard trims. Also visible in the revised bumper with vents positioning either side of the licensing plate. The rear and side profile looks identical to the standard model; however, the company likely to add Sport badge at rear and sporty alloy wheels. Inside the cabin, the top-spec Hyundai ix25 gets a multimedia infotainment system on the centre console, air conditioning, three-spoke steering wheel with controls mounted on it, an automatic transmission gearbox, several cubby spaces and black leather steering with blue stitching.

The Hyundai ix25 Sport features the T-GDI badge on the tailgate. Under the hood, it is likely to be powered by a 1.6-litre T-GDI turbocharged petrol engine which is expected to produce a top power output of 201bhp and 265Nm of torque. The vehicle will also get the 2.0L engine that will be mated to either six-speed manual or automatic gearbox.