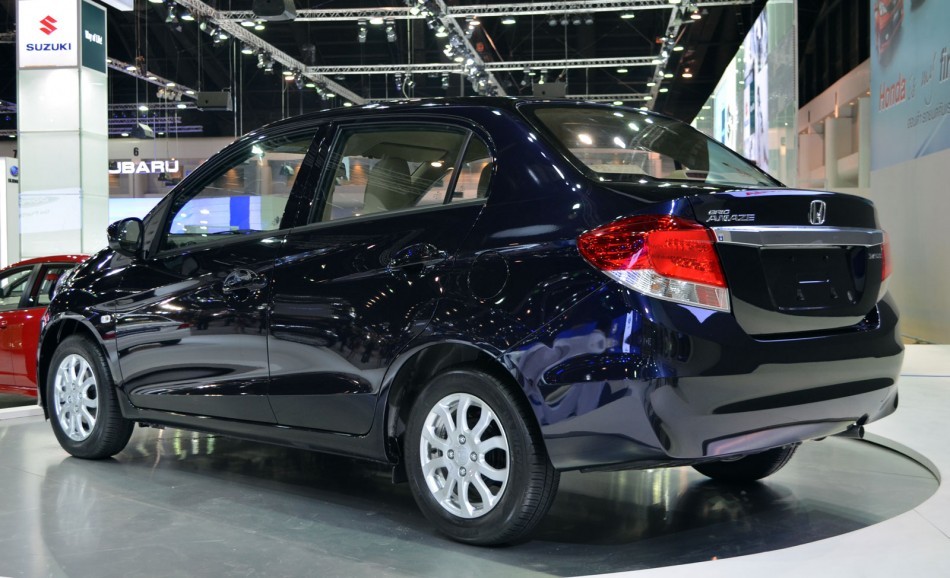 Honda Cars India has announced that the Honda Amaze compact sedan has crossed the 1 lakh sales milestone. The compact sedan reached this milestone in just 16 months and it is the fastest in HCIL history since its inception in the Indian market.

Speaking on the same, Mr. JnaneswarSen, Senior Vice President, Marketing & Sales, Honda Cars India Ltd said, “This is a very proud moment for us. Honda Amaze has witnessed great success in the Indian market and the 1 lakh sales milestone only validates its strong presence. Honda Amaze has been a game changer in its segment and has enabled HCIL to reach out to a whole new set of customers experiencing the joy of owning and driving a Honda car.  Honda entered the diesel car segment with the Amaze and we would like to thank our customers for the confidence they have showed in us and their support that has enabled the brand to grow from strength to strength.”

Honda Amaze also crowned as Honda’s first ever diesel car in the country. It is powered by the revolutionary 1.5-litre i-DTEC diesel engine producing 99bhp and 200Nm of top torque. This model is claimed to be the most fuel efficient in its league, returning 25.8kmpl of mileage. Its petrol model gets the 1.2L i-VTEC engine that also powers the Brio hatchback. Honda Cars India is also aiming to expand its dealership network to 230 outlets in 150 cities by the end of 2014-15.

If media reports are to be believed, the company is also working on Honda Amaze facelift with better NVH (Noise Vibration Harshness). This model is schedule to go on sale in the country in 2015.