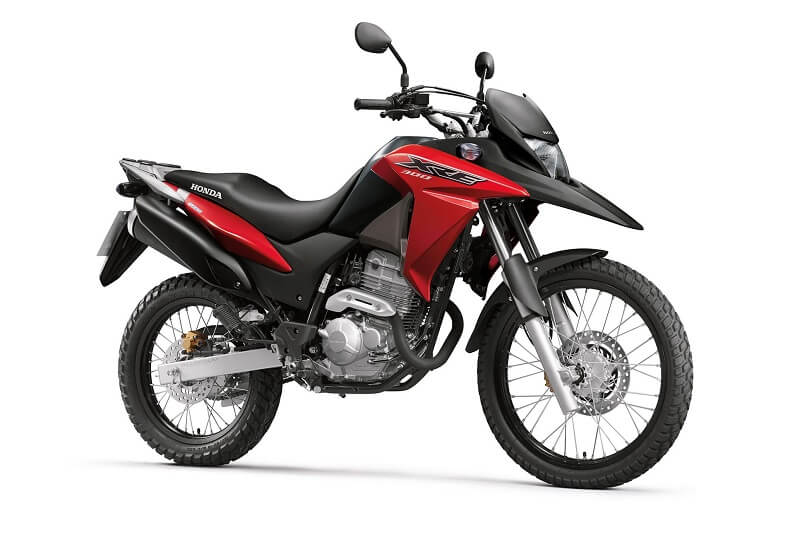 Japanese two-wheeler maker, Honda had announced that it will launch 4 new products – 2 scooters and 2 bikes – in the Indian market this year. Out of these 4, the company will soon launch the Africa Twin Adventure bike within 2 months. Interestingly, the company is considering its global entry-level adventure bike – Honda XRE 300 for the Indian market. In fact, Honda 2wheeler India has patented this motorcycle in India. The bike might be launched in the country during festive season.

Adding to it, media reports suggest that the Honda XRE300 motorcycle has already been arrived into India. The motorcycle has been clicked at one of the dealerships yard; however, there is no proof that the bike is clicked in India or not. This motorcycle was first launched in 2009 in Brazil, while the facelifted model was launched in 2015. The 2017 model is equipped with a new digital instrument panel and new body graphics. Powering this bike is a 291.6cc fuel-injected single-cylinder air-cooled engine producing 25bhp and 27Nm of torque. Power is transmitted to rear wheels via a 5-speed gearbox. Upon its launch, the bike will take on the likes of Royal Enfield Himalayan and KTM Duke 390. 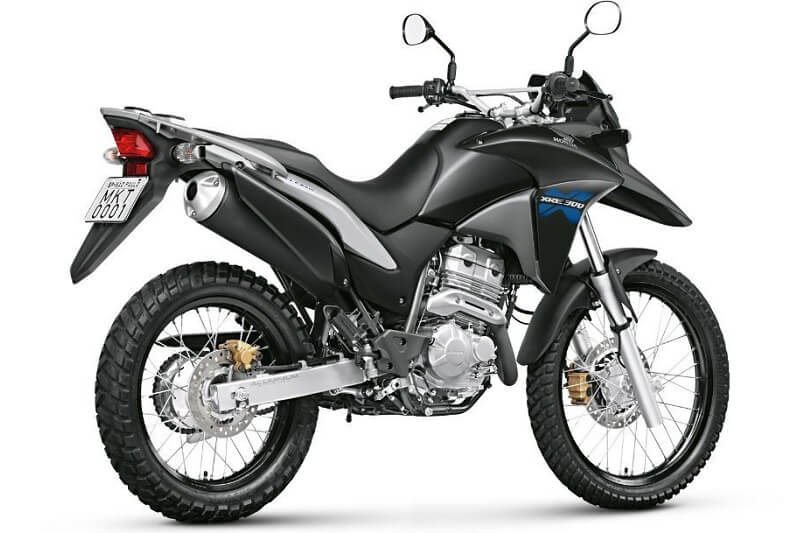 The Japanese automaker is currently tight lipped on the launch of XRE 300 in the Indian market. However, media reports suggest that the bike could be launched during festive season. We will update you as soon as Honda reveals anything on the same. Read – Honda Africa Twin India Launch

The motorcycle has been priced at BRL 16,890 in the Brazilian market. Going by the reports, the company is planning to locally develop this motorcycle in India. With high-level of local components, the new XRE 300 could be priced around Rs 2 lakh.

The XRE 300 is propelled by a 291.6cc fuel injected single-cylinder air-cooled engine. This engine churns out a maximum power output of 25.4bhp at 7,500rpm and a peak torque of 27.6Nm at 6,000rpm. Power is transmitted to the rear wheels of the bike via a 5-speed gearbox. It comes equipped with ABS (Anti-Lock Braking System) as an optional.

The XRE 300’s engine features Honda’s PGM-FI fuel injection system, which is claimed to improve its fuel efficiency. This model should return around 30kmpl to 35kmpl of mileage.

This adventure sport measures 2,171mm in length, 838mm in width and 1,181mm in height. Compared to its closest rival RE Himalayan, the bike is 20mm shorter and sits 180mm lower. It comes with a seat height of 860mm, which makes it slightly difficult for short height riders. The XRE has a wheelbase of 1,417mm and a ground clearance of 259mm, which should allow this bike to tackle bad Indian terrains.

First launched in the Brazilian market in 2009, the bike receives its first makeover in 2015. The 2017 model gets a new digital instrumentation featuring a small LCD, giving it a premium touch. For suspension mechanism, the adventure motorcycle features long travel telescopic fork up front and a pro link monoshock in the rear. This adventure motorcycle rides on 21-inch front and 18-inch rear wheels. 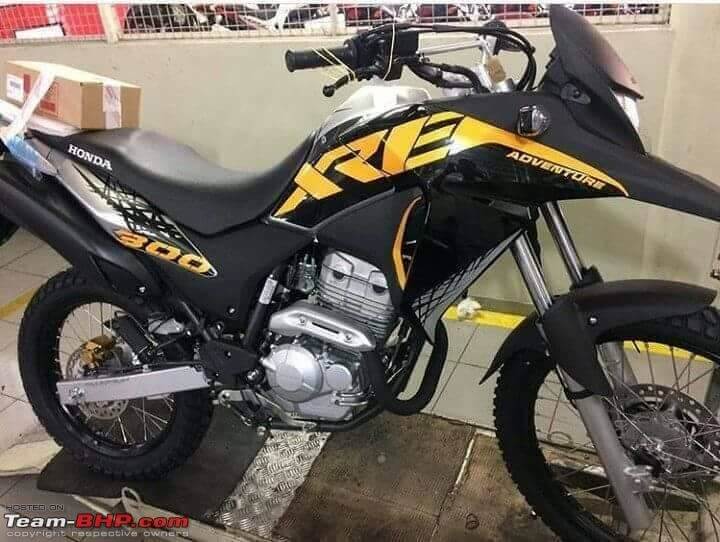