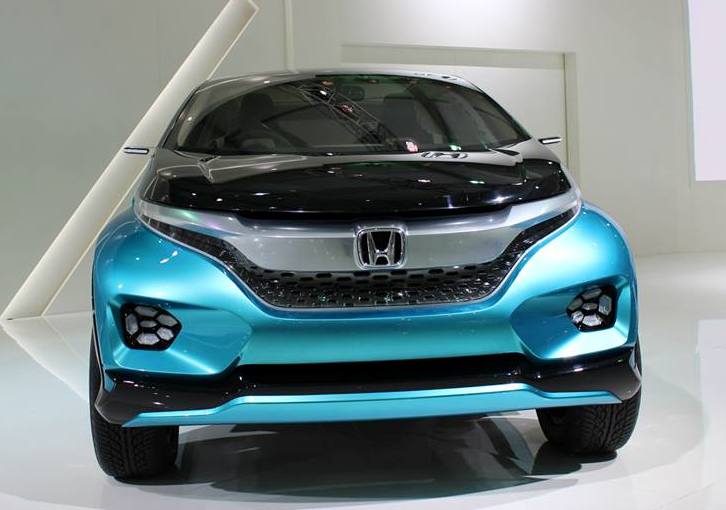 Honda seems to be very aggressive with its product and expansion plans in the Indian car market. With its 1.5-litre i-DTEC diesel engine, the Japanese car manufacturer is aiming to capture a major chunk of the market. We reported earlier that Honda is planning to launch the Brio based compact SUV by 2015-16; however, the recent events and announcements indicate that the company might launch this product earlier than what it was scheduled.

Currently, Honda is gearing up to launch the much-anticipated Mobilio MPV in the country. The vehicle is likely to be launched by the July, 2014; however, at the inauguration of Honda’s second manufacturing unit the company’s spokesperson announced that the launch of Mobilio will take place by September.  Adding to it, the new generation Jazz, which was unveiled at 2014 Delhi Motor Show, will be launched by the first quarter of 2015. Now, it seems like the new Jazz could make its Indian debut by the end of this year, which will give Honda a decent time frame to introduce the Brio based SUV. We believe that Honda might come up with this compact SUV by the second quarter of next year.

The growing competition in the compact SUV segment is another reason behind our analysis. Hyundai, Honda and Maruti Suzuki India are the three growing manufacturers aiming to grab good market share. The carmaker that first brings the compact SUV is likely to capture the major share of this segment. With new Jazz launch by year end or by early 2015, Honda will have around 5-6 months of preparations for the launch of Brio SUV by mid-2014 or festive season.

Based on the versatile Brio platform which also underpins Brio, Amaze and Mobilio MPV, the compact SUV will be the fourth product to be developed on this low cost platform. It is expected that the Brio SUV will share the wheelbase of the Mobilio MPV which is around 250mm longer than the Amaze sedan (2650mm). So, this model might be longer than 4-metre and will be priced in the range of Rs. 6.5-10 lakh. However, some reports are also claiming that this model will be under 4-metre.