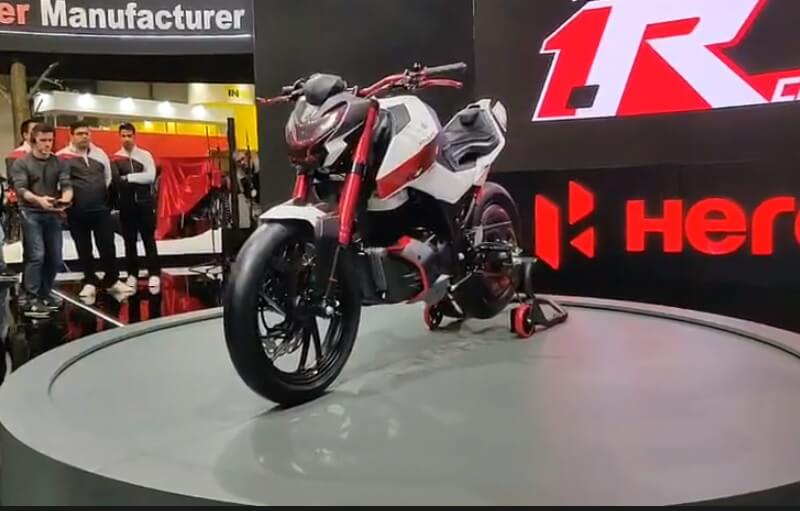 Hero MotoCorp has unveiled an all-new Xtreme 1.R concept motorcycle at the 2019 EICMA in Milan. The company claims that the Hero Xtreme 1R is inspired by the precision of an arrow. It comes with an aggressive stance. We believe that this concept will form the base of brand’s future naked streetfighter.

It is expected that the new Hero Xtreme 1R concept could be used to develop a new motorcycle, which will sit below the Xtreme 200R. This could be the brand’s new 160cc naked streetfighter, which will take on the likes of the Bajaj Pulsar NS160, TVS Apache RTR 160 4V and the Honda CB Hornet 160R. Similar to the Xtreme 200R and XPulse, the upcoming 160cc Hero bike is likely to undercut most of its rivals.

Hero claims that the new concept aimed at the youth of tomorrow. The Xtreme 1.R concept previews the next generation of the Xtreme nameplate. The motorcycle has a kerb weight of less than 140kg, which results into engaging and fun ride.

Featuring sharp design, the Hero Xtreme 1R gets LED headlamp, signature LED tail-lamps, low seat height and aggressively styled fuel tank. The styling seems inspired by the Hastur concept. It comes with white base paint with contrasting red highlights on the fuel tank shrouds, engine guard, forks and some body panels at the back.