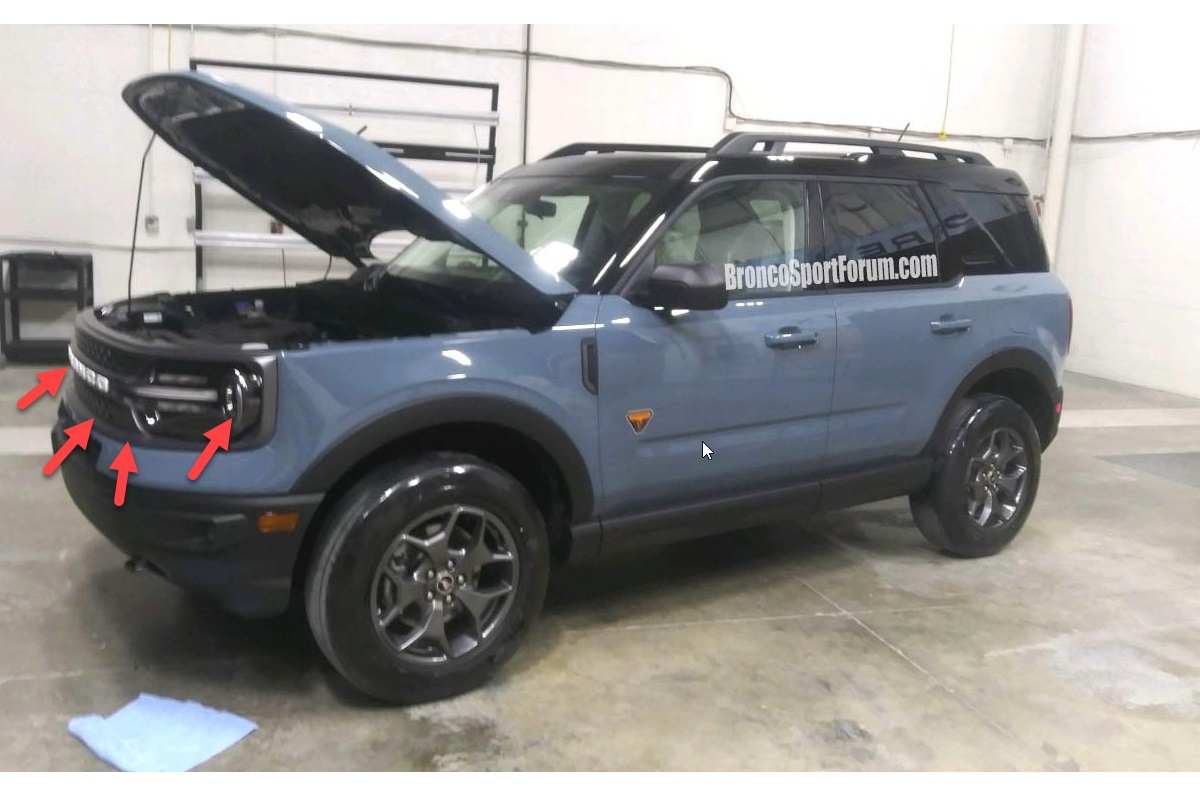 American automaker, Ford is set to reveal the new Bronco SUV in April. Ahead of the official debut, a new set of images of the Ford Bronco Sport has been leaked on the Internet. Ford will introduce 2 retro-styled SUVs under the Bronco moniker, and the Sport variant will be the smaller one.

The Ford Bronco was an iconic off-roader, which was first launched in 1966. However, the SUV was eventually discontinued in 1996. The company has now revived the Bronco nameplate with the new SUV. While the smaller Bronco Sport model will be based on the Ford Escape’s platform, the bigger version will share the platform with the Ranger and the Everest SUVs.

The new Ford Bronco Sport features the retro-modern styling with newly styled bodyshell with several creases and blacked-out treatment all around the body. Upfront is a large black grille with Bronco badging and bigger headlamps. It gets round LED daytime running lights and horizontal LED turn signals, smaller air-dam and a sportier front bumper with two hooks.

The spotted model has dual-tone body with black cladding on the bottom and the contrast black paint on the top-half. It features chunky alloy wheels in gunmetal finish and faux brushed aluminium finish on the roof rails. At the back, the sportier tailgate, large Bronco Sport logo, vertical taillamps and a wide glass window.

The new Bronco SUV will directly rival the Jeep Compass SUV. It is likely to share the mechanics with the Escape, which includes 150bhp, 1.5-litre EcoBoost and a 250bhp, 2.5-litre EcoBoost. It is quite early to comment whether the new Bronco will make way to India. The company is readying an all-new C-segment SUV, which will be co-developed by Ford and Mahindra.