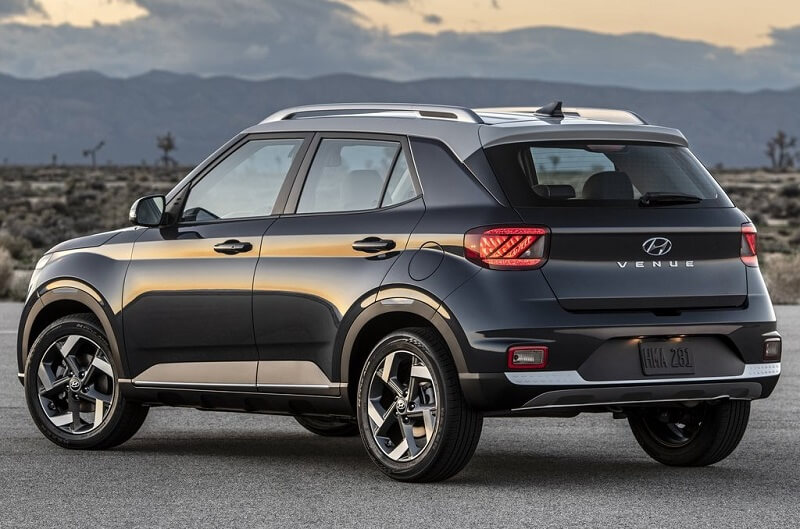 Hyundai had launched the Venue compact SUV earlier this year. The Sub-4 meter SUV has received overwhelming response from buyers with bookings already crossing over 75,000 mark in just 3-4 months. The small SUV is currently the second best-selling model in its category. In fact, it secured the top position for the 2 consecutive months by beating the segment leader Maruti Vitara Brezza. However, things could change in 2020 as 4 new sub-4 meter SUVs are launching to take on the Hyundai Venue. Here is a list –

Buoyed by excellent response for Seltos, Kia Motors is readying a sub-4 meter SUV for the Indian market. Codenamed QYi, the small SUV will be based on the Venue compact SUV. The new Kia QYi will share styling cues from the Seltos SUV; though, styling could be slightly altered to differentiate the two models. The SUV will be available with 2 engine options – a 1.0-litre turbocharged petrol and a 1.5-litre diesel engine. Both manual and automatic versions will be on offer.

French automaker, Renault will launch a sub-4 meter SUV, codenamed HBC in the country in 2020. The small SUV will debut at the 2020 Delhi Auto Expo, while launch expected by June. The compact SUV will be based on the Renault-Nissan Alliance’s CMF-A modular platform that also underpins the Renault Triber. It will be powered by a 1.0-litre turbocharged petrol engine paired to a 5-speed manual or a CVT automatic gearbox.

Seeing the rising competition, Maruti Suzuki is ready to give a major makeover to its popular compact SUV – Vitara Brezza. Apart from the styling changes, the SUV will receive new features like cruise control and sunroof. The SUV will also get a new 1.5-litre petrol engine, which currently powers the Ertiga, XL6 and the Ciaz.

Seeing the positive response for Glanza, Toyota is now planning to launch the re-badged version of the Vitara Brezza compact SUV. While the Glanza is basically the re-badged Baleno, the Toyota’s Brezza will receive comprehensive upgrades to keep things fresh in the market. The SUV will receive the same 1.5-litre petrol engine that also powers the Ertiga, XL6 and the Ciaz sedan.