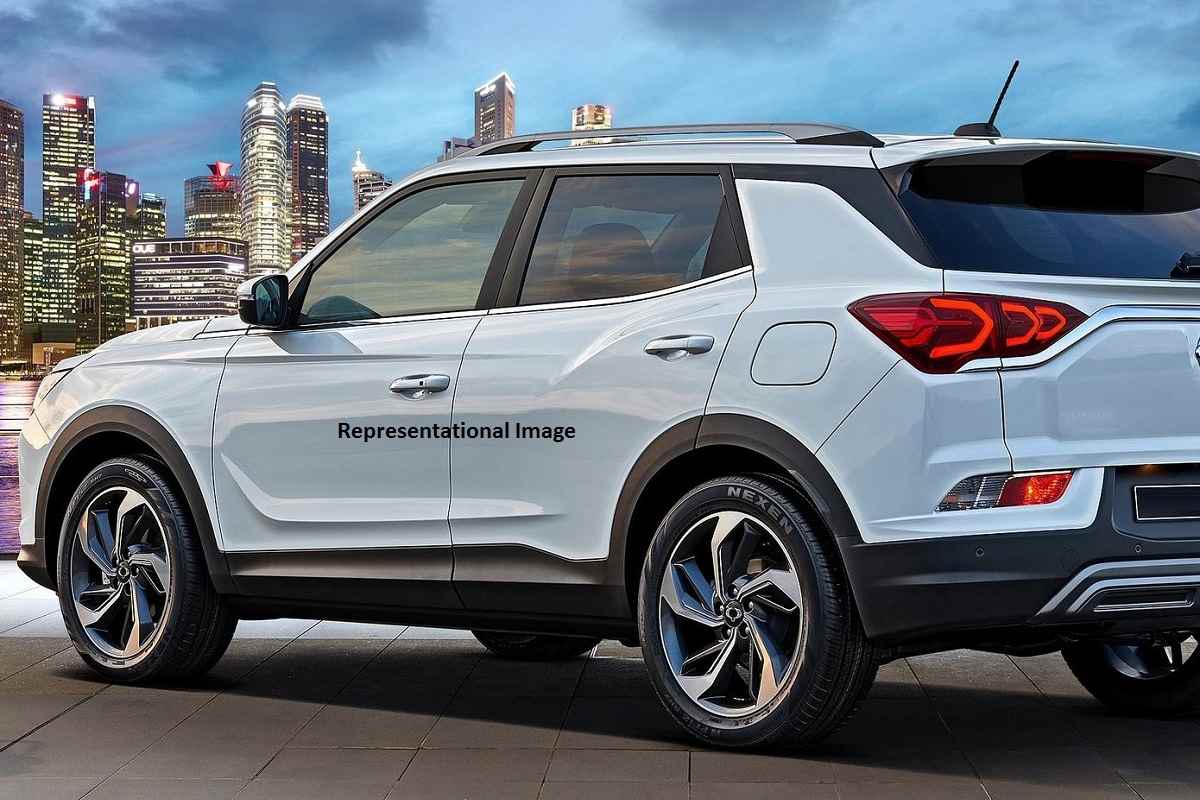 Mahindra is readying a wide range of new models including the next-gen versions of the XUV500, Scorpio and Thar. The company has been testing the next-gen 2021 Mahindra XUV500 and the new Scorpio for a few months now. Mahindra has confirmed that the new XUV500 and the Scorpio will be launched in the first half of 2021. The company will soon introduce the BSVI compliant versions of the existing models.

For people not in the know, Ford Motor Company will also launch an all-new C-SUV in India. The new model will be based on the XUV500’s monocoque platform, but it will have all-new design, interior and revised chassis. Both SUVs will be developed at Mahindra’s Chakan plant. Also See – New Mahindra Scorpio – Key Details

The new XUV500 will be benefitted with several high-end comfort and convenience features along with newly developed petrol and diesel engines. It is expected that the new model will be priced somewhere between Rs 13 lakh and Rs 19 lakh.

Design of the 2021 Mahindra XUV500 is expected to share the styling cues and body panels from the Funster convertible SUV concept, which was showcased at the 2020 Auto Expo. The SUV will come with all-new design, which will be equipped with several high-end modern exterior features. The new XUV500 will have squarish profile with upright front end and flatter side panels, and a flatter hood that will merge well with the overall design of the SUV.

Design highlights will include the new Mahindra family grille and all-new LED projector headlamps, which will be smaller in size. The 2021 Mahindra XUV500 will have signature vertically placed DRLs (daytime running lamps), which we have already seen on the XUV300. The front design is also expected to have similar design elements as the smaller sibling.

Going by the spy images available on the Internet, the second-gen 2021 Mahindra XUV500 will receive flush-fitting door handles instead of the existing ‘cheetah claw’ handles. This will be the first model in its category to feature the flush-fitting door. The top-spec model could also receive the power-operated, pop-out function similar to the latest Range Rovers and new Teslas. At the back, the SUV will have LED tail-lamps, roof-integrated spoiler and dual-tone bumper.

The cabin of the new 2021 Mahindra XUV500 is also likely to share the dashboard design with the Funster concept, though the production model will have less flashy material. It will have fully-digital instrument console, a large touchscreen infotainment system, a panoramic sunroof, powered seats and many more. Other key features will include automatic climate control, reclining second-row of seats, telematics functions and multi-functional steering wheel.

The second-gen Mahindra XUV500 is rumoured to be powered by a newly developed BSVI compliant 2.0-litre turbo-diesel engine, which is likely to produce around 180bhp. The company could also use the BSVI compliant version of the existing 2.2-litre motor, but it will be tuned for higher power output. Transmission options will include a 6-speed manual and a 6-speed torque convertor automatic. The company has also confirmed that the 2021 Mahindra XUV500 will receive the new BSVI compliant 2.0-litre mStallion, 4-cylinder petrol engine with direct-injection and turbocharging, which is capable of producing 190bhp of power and 380Nm of torque. Both manual and automatic versions will be on offer.