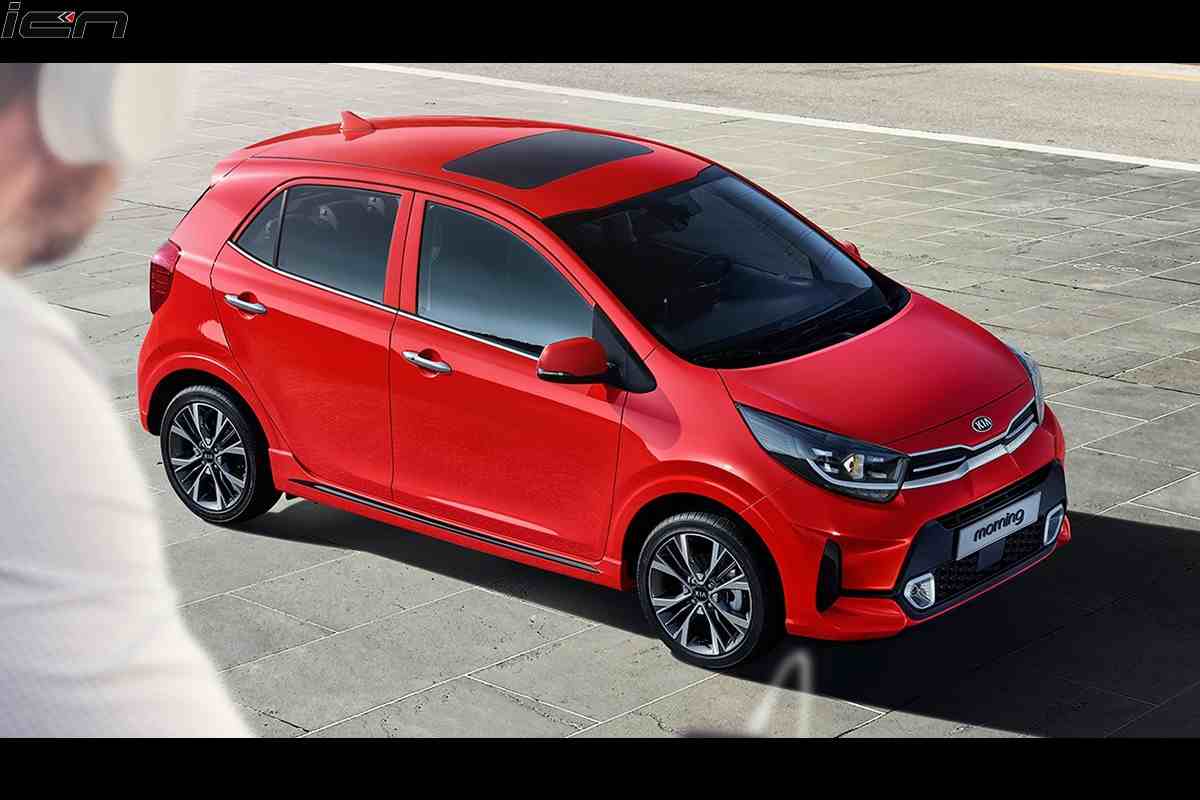 The 2020 Kia Picanto facelift has finally been released in the South Korean market. The third generation Picanto hatchback was first launched in 2017. The small Kia hatchback is based on the new i10’s platform that also underpins the Grand i10 Nios in India. The 2020 Picanto facelift is priced at KRW 1,17,50,000, which is equivalent to around INR 7.25 lakhs.

The 2020 Kia Picanto is available in a single 1.0-litre petrol engine paired to a 4-speed automatic gearbox. This engine is capable of producing 76PS of power and 95Nm of torque. For people not in the know, the Picanto also known as Kia Morning in some International markets.

The updated model comes with significant design changes and upgraded interior. It gets revised headlamp set-up with four LED DRLs surrounding the projector headlamps. The front is dominated by the prominent ‘Tiger Nose’ grille and a dual-tone front bumper with larger vents on either side and silver inserts. The rear profile of the hatchback has new LED tail-lamps, revised bumper and chrome exhaust tip. Other changes include newly designed 16-inch dual-tone alloy wheels and shark fin antenna. The customers can also opt for an all-new exterior colour, which is called ‘Honeybee’.

The cabin of the new Picanto facelift hasn’t received significant changes; except for the new 4.2-inch colour MID in the instrument console. it also gets an all-new 8-inch touchscreen infotainment system, which can pair upto 2 Bluetooth devices. Other features include voice recognition, wireless navigation, wireless phone charging and ventilated front seats.

The hatchback is also equipped with an Internet enabled Car to Home feature, which enables owners to manage their other IoT devices like ACs, lights and others at home. For passengers’ safety and security, the 2020 Kia Picanto facelift gets Lane-Keeping Assist system, Forward Collision Avoidance Assist, blind spot detection, etc.

Kia Motors had showcased the pre-facelift Picanto hatchback at the 2018 Delhi Auto Expo. However, the current generation model is not likely to arrive in our market. Instead, Kia is focusing on bringing new SUVs and MPVs in India. The company will launch the long-awaited Sonet sub-4 meter SUV during August 2020.