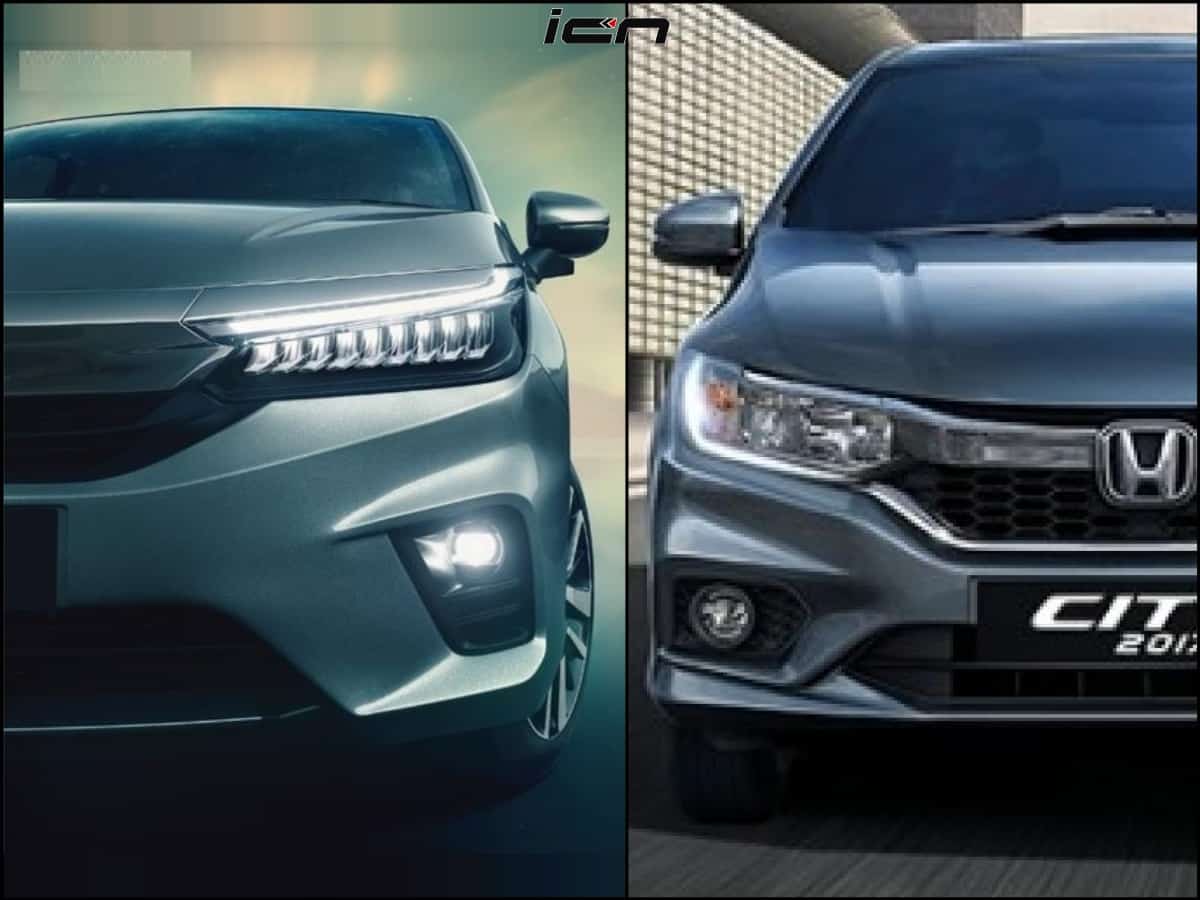 Honda Cars India has confirmed that the fifth-generation City sedan will arrive in the month of July. In fact, the carmaker has released a few official pictures, specifications and features of the 2020 Honda City. With the generation change, the model has witnessed significant changes inside and out along with the updated engines. Here’re the top changes that differentiate the all-new City from its fourth-generation model.

Based on the brand’s ‘Man Maximum, Machine Minimum’ philosophy, the 2020 Honda City is 109mm longer and 53mm wider than the outgoing model. Its overall length and width stand at 4,559mm and 1,748mm respectively. The new model’s height, however, has been trimmed down to 1,489mm from 1,495mm. The wheelbase is exactly same as the old generation – i.e. 2600mm. The new City is likely to be more spacious than the current model.

While the fifth-generation model retains the original silhouette, it receives some noticeable cosmetic changes making it look more premium than before. The new City is the first car in its segment to offer full LED headlamps with integrated LED DRLs. The horizontal L-shaped turn indicators and signature chrome grille further enhance its new fascia. Read – 2020 Honda WR-V Coming Soon

Compared to the fourth-generation model, the 2020 Honda City has more and better features to offer. The new model gets dual-tone Black and Beige interior theme instead of lots of piano black accents. The woody garnish and soft pad on dashboard looks good. It has a 7-inch full colour MID display showing additional information. The new City offers first-in-segment G-meter that shows the magnitude and direction of acceleration during braking. One of the noticeable changes is the Next Gen Honda Connect system offering 32 connected car features. Read – Honda New Compact SUV (EcoSport Rival) To Unveil in May 2021

The new-generation City has achieved 5-start safety rating in ASEAN NCAP crash test. It scored 44.83 points for the adult occupant protection, 22.82 points for child occupant protection and 18.89 points for safety assist technologies. The carmaker says that the sedan’s new model has an improved platform with high rigidity, collision safety, weight reduction and design embodiment. Official safety features of the India-spec City are yet to be revealed by the carmaker.

The 2020 Honda City petrol is slightly more powerful than the outgoing model. The sedan uses a new-developed 1.5L i-VTEC DOHC with VTC motor that’s good enough for 121bhp and 145Nm. The diesel model comes equipped with the BS6-compliant 1.5L i-DTEC unit pushing out a peak power of 99bhp and 200Nm of torque.

Transmission choices include a 6-speed manual and a new 7-speed CVT automatic unit with paddle shifters. The new CVT gearbox is claimed to have lesser rubber-band effect, thanks to its brake operation step down-shift control and full open acceleration step up-shift control. The new City petrol promises a mileage of 17.8kmpl with manual gearbox and 18.4kmpl with automatic transmission. The diesel version returns 24.1kmpl.