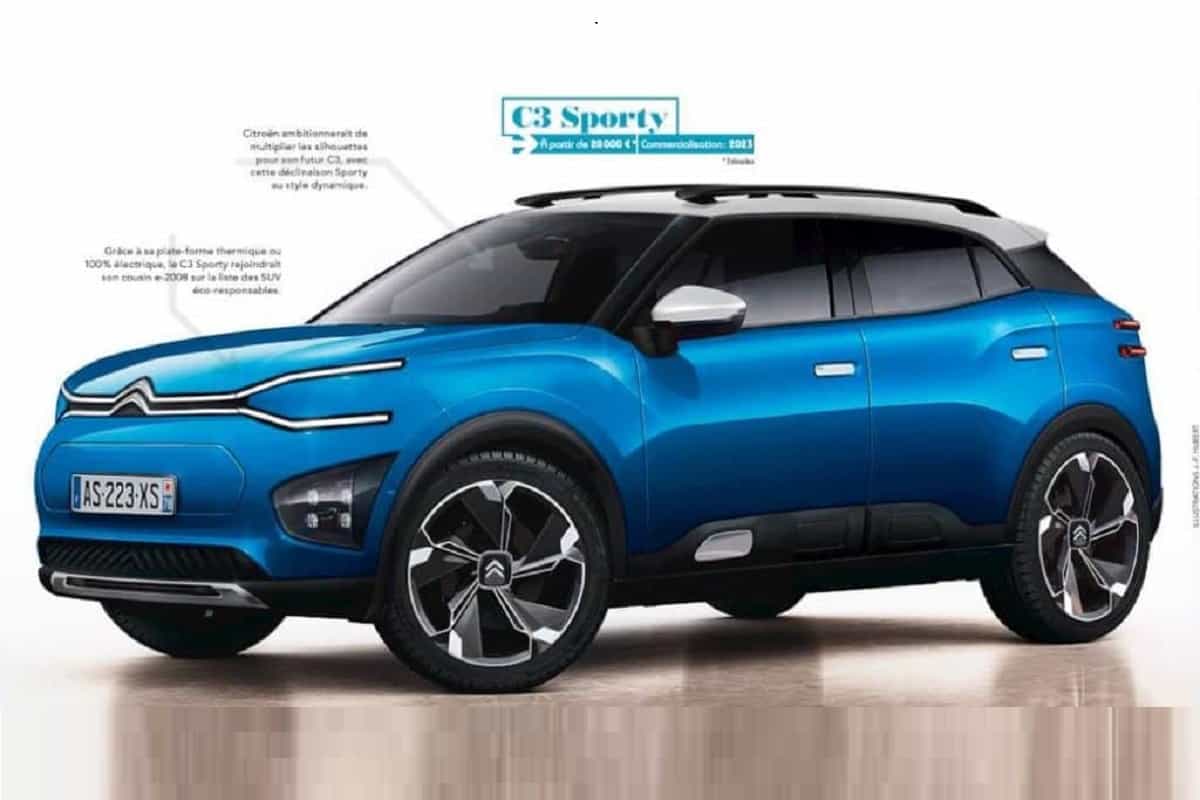 Citroen C3 Sporty Might Be Venue, Sonet Rival in India

Citroen, the French carmaker, is all set to commence its Indian operations in the first quarter of 2021. Reports suggest that company has planned three locally-developed models including a sub-4 meter SUV, a premium compact SUV and a hatchback. The first Citroen product will be the C5 Aircross that made its India debut in April, 2019. It will be put up against the cars like Hyundai Tucson and Skoda Karoq.

The second offering from the French carmaker will be a subcompact SUV – codenamed C21. According to a fresh media report, the new model will be based on the new CMP (Common Modular Platform) architecture and might be named Citroen C3 Sporty.

The CMP platform has been developed in France by Groupe PSA and its partner Dongfeng Motors. The new architecture is compatible to the full-electric powertrains and the internal combustion engines. PSA confirmed that the CMP will be used for manufacturing compact city cars, entry-level and mid-range sedans and compact SUVs.

Talking about the Citroen C3 Sporty, the subcompact SUV will be manufactured locally in the country. Once launched, it will take head-to-head against the Hyundai Venue, Maruti Suzuki Vitara Brezza, Ford EcoSport and the upcoming Kia Sonet. It’s slated to hit roads sometime next year.

As of now, details of the new Citroen compact SUV are scanty. It’s reported to be offered with multiple engines including a 1.2L turbo-petrol, a 1.2L naturally aspirated petrol and a 1.5L diesel. The carmaker might also offer a pure electric version of the C3 Sporty SUV. The electric iteration is likely to come with 50kWh battery offering a range around 330km on a full charge. Read – Citroen CC21 (Hyundai i20 Rival) To Debut In 2021

The lower variants might be packed with a smaller capacity 37kWh battery pack delivering range around 230km. The power and torque outputs will stand at 134bhp and 260Nm respectively. Initially, the new Citroen compact SUV will be offered with a standard 6-speed manual gearbox and FWD (front-wheel-drive system). An automatic transmission might come later. The Citroen C3 Sporty is likely to feature sporty design language and triple-tone colour theme.

Citroen C3 Sporty Might Be Venue, Sonet Rival in India