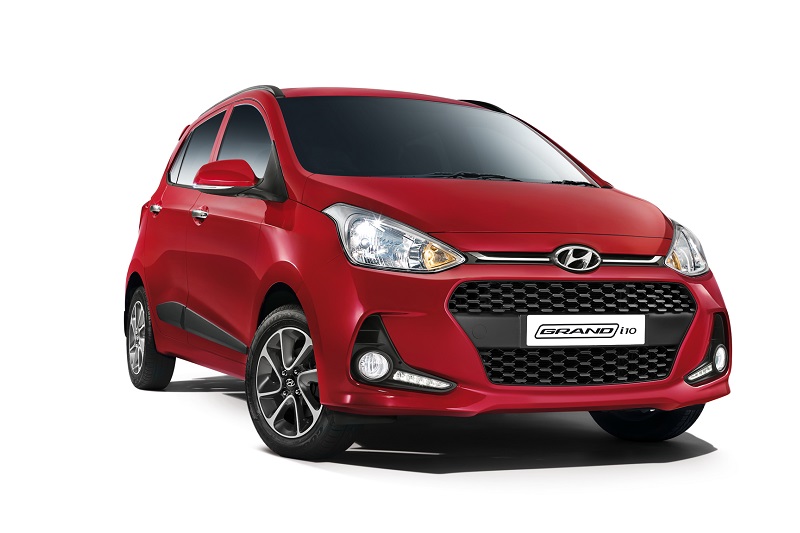 With several segment first features, subtle cosmetic changes and a new diesel engine, the 2017 Hyundai Grand i10 has surpassed its predecessor. First introduced in 2013, Hyundai Grand i10 sits between i10 and Elite i20 in the carmaker’s line-up. The hatchback won many accolades for its looks and performance post launch and is identified as one of the most popular cars in its segment. While it continued its ecstatic spell, Hyundai decided to add new elements to Grand i10 in a bid to keep competition at bay.

Cosmetically, most of the changes are made to the front profile while it looks largely same from side and rear. The interior layout has been retained from the pre-facelift model, but Hyundai has layered it with some segment first features including a 7-inch touchscreen infotainment system with Android Auto, Apple CarPlay, Mirror Link Compatibility and Voice recognition system to name a few. While the aforementioned features give it a cusp over rivals, the hatchback also packs rear parking camera, LED DRLs, new diamond cut wheels and rear AC vents.

However, the most critical change made to Grand i10 facelift is the new 1.2-litre oil burner that replaces the previous 1.1-litre U2 diesel unit. Check Out – Picture Gallery – New Hyundai Grand i10 Facelift

Apart from the above changes, Hyundai has also made changes to the line-up. That said Era is the new variant in the range and what’s interesting is that it costs Rs 32,000 less than the outgoing base trim. This brings up to the pricing of current line-up which falls in the vicinity of Rs 4.58 lakh to Rs 7.32 lakh (Ex-showroom, Delhi). Also See – Upcoming Hyundai Cars in India

The petrol variants continue to draw power from the 1.2-litre Kappa VTVT engine tuned to produce 81bhp at 6,000rpm and 114Nm of torque between 4,000rpm. Replacing the old 1.1-litre U2 diesel unit, the new 1.2-litre, 3-cylinder turbo diesel engine is more powerful than the erstwhile engine, putting out 74bhp of top power and 190Nm of torque. Complying with Euro IV emissions, both the engines are offered with five-speed manual gearbox and 4-speed automatic unit mated to the petrol engine. Also Read- Hyundai Grand i10 Vs Mahindra KUV100

In terms of fuel economy, the new Grand i10 is claimed to be more frugal than the preceding model. While the petrol engine returns around 19.77kmpl compared to the previous 18.90kmpl, its automatic variant delivers 17.49kmpl. Diesel version also witnesses an insignificant increase of 0.95kmpl and is rated at 24.4kmpl. 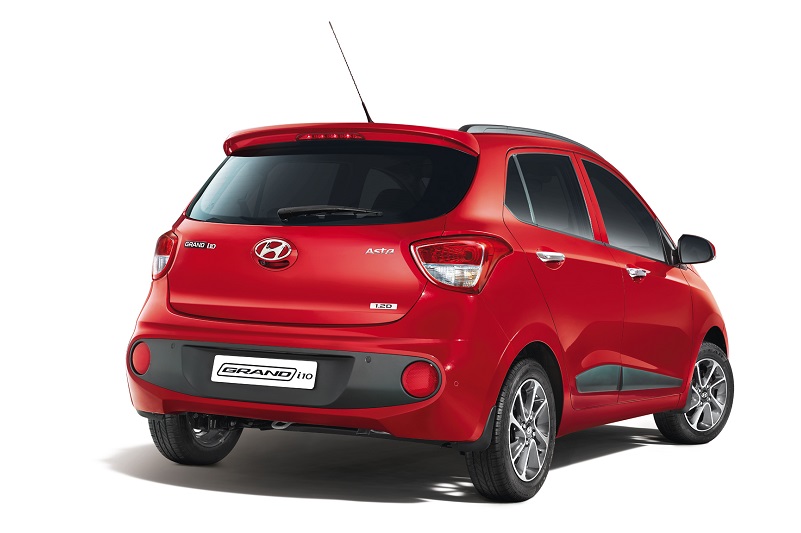 Retaining the same silhouette, Grand i10 sees no change dimensionally. The hatchback measures 3,765mm in length, 1,660mm in width and 1,520mm in height. It sits on the 2,465mm wheelbase that translates into a spacious cabin. As for the ground clearance, it is around 165mm, good enough to tackle Indian roads. Storage space for luggage is decent at 256-litres and the fuel tank capacity is around 43-litres.

Changes made to the exterior are subtle, while the silhouette has been retained; styling tweaks made to the exterior profile are in line with Hyundai’s new design tenet. In front the new hexagonal grille with ‘Cascade design’ replaces the previous all-black unit. The redesigned bumper with round reflectors, Elantra inspired fog lamps and LED DRLs give it sportier and bolder look. Moreover, the air-curtains in front not just add to the visual appeal, but it also brings aerodynamic stability. Side profile is largely unchanged save for the new diamond cut alloy wheels, new wheel covers and sleeker side moulding. Similarly, nothing much has changed at the rear, except for the dual-tone bumper with reflector.

The black and red interior, updated fabric seat upholstery and new trim colours pump in freshness to the cabin. There has been no change to the interior layout, but Hyundai has added new tech including the segment best 7-inch touchscreen display with navigation, voice command, Apple CarPlay, Android Auto connectivity and Mirror Link. 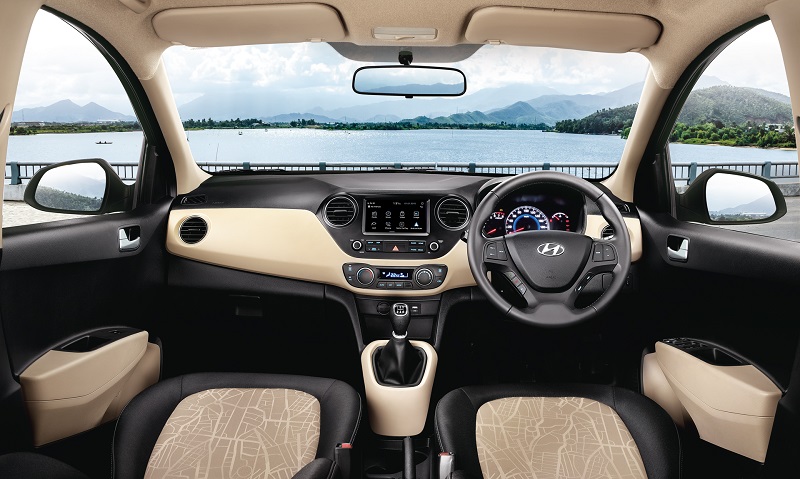 Apart from infotainment features, it also gets several comfort goodies like automatic climate control, rear AC vent, lane departure warning and front collision warning. As we go up in the range, the Sportz trim gets additional 5-inch touchscreen display, however it misses out on other connectivity fitments. On safety front, Grand i10 facelift offer some vital equipment like rear parking assist with dual airbags, ABS, reverse parking sensors and new rear parking camera with display on 7-inch touchscreen.

With some minor design tweaks, some new-age features and a more powerful diesel engine, the new 2017 Hyundai Grand i10 is now an overall better package.