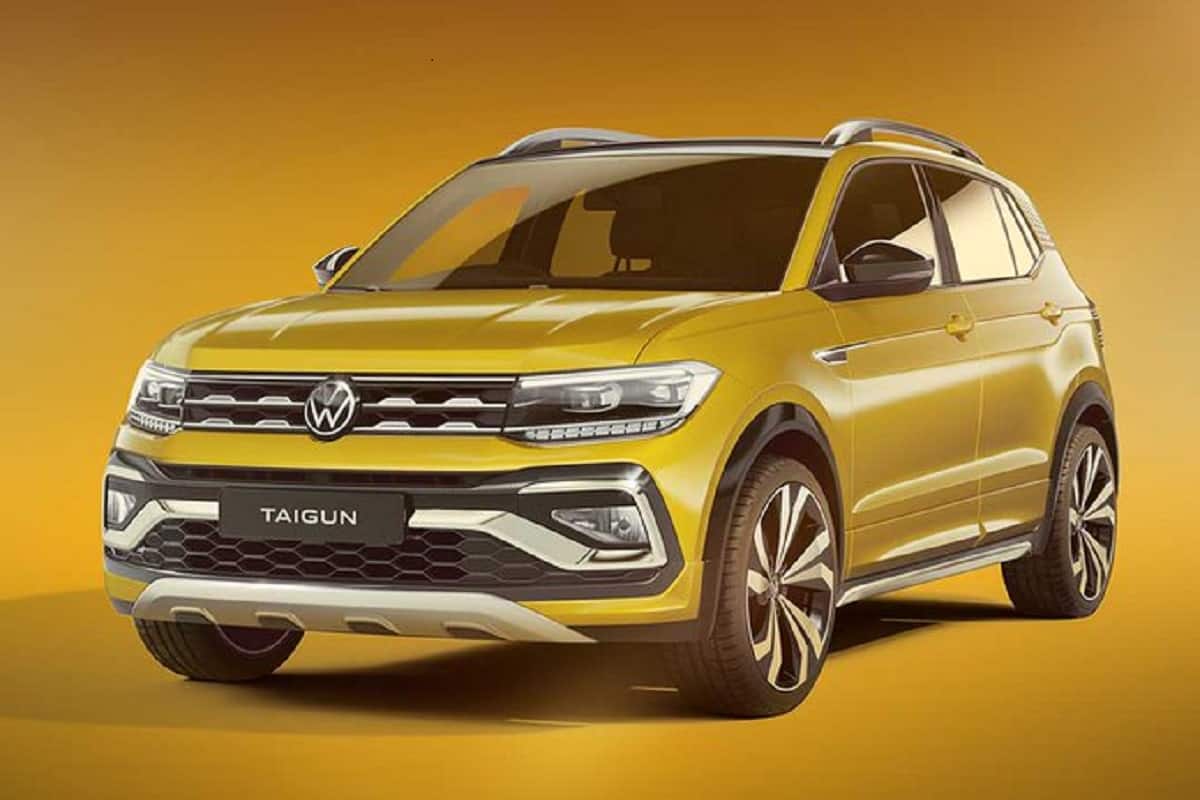 After ignoring the affordable SUV space for quite a long time, Volkswagen is finally ready to launch at least 2 new models in the sub-15 lakh SUV category. The company will launch the Volkswagen Taigun mid-sized SUV and a sub-4 meter SUV (likely to be called T-Track) in India in the next couple of years. In this article we will talk about the launch, price, specs, features and other details of the upcoming Taigun SUV.

Unveiled at the 2020 Auto Expo, the VW Taigun mid-sized SUV will rival the likes of the Hyundai Creta, Kia Seltos and the Nissan Kicks. It will be based on the Volkswagen Group’s locally-developed MQB AO IN platform, which will also underpin the Skoda Vision IN. The new SUV shares design cues from the Volkswagen global SUVs including the T-Cross and the T-ROC. The company has already launched the T-ROC mid-sized SUV in India. The SUV will be offered with 2 engine options – a 1.0-litre TSI petrol and a 1.5-litre 4-cylinder petrol. The company is also considering the CNG version of the SUV. Also See – Upcoming Volkswagen Cars in India

Unveiled at the 2020 Auto Expo, the Volkswagen Taigun will be launched in the first half of 2021. Exact launch date is yet to be revealed, but our sources confirmed that the SUV will go on sale in mid-2020. We will update you on the same as soon as Volkswagen makes an official announcement on the same.

The German automaker will be aiming at an aggressive pricing for this small SUV. Measuring around 4.25 meters, the upcoming SUV will be positioned against the Hyundai Creta and the Kia Seltos. In terms of pricing, we believe the new VW Taigun will be priced at Rs 10 lakh for entry-level variant and Rs 15 lakh for the top-end model.

Volkswagen has decided to not sale diesel cars in India. Instead, the German brand is focusing on introducing petrol and CNG models. The Volkswagen Taigun compact SUV will be offered with 2 petrol engines – a 1.0-litre, 3-cylinder turbocharged and a 1.5-litre, 4-cylinder petrol. While the former is capable of producing 115bhp of power and 200Nm of torque, the 1.5L turbocharged petrol engine will produce 148bhp of power and 250Nm of torque.

Transmission choices will include a 6-speed manual, a 6-speed torque convertor automatic (1.0L Petrol) and a 7-speed DSG automatic gearbox (1.5L petrol). The 1.5-litre Taigun will be more powerful than the Kia Seltos and the Hyundai Creta, which are equipped with 138bhp, 1.4L turbocharged petrol engine. The 1.5L model is claimed to achieve 0-100kmph in just 9.9 seconds before hitting a top speed of 183kmph.

The SUV’s 1.0L is expected to be highly fuel efficient, thanks to the smaller capacity and the light-weight MQB AO IN platform. It is expected to return around 18-19kmpl of fuel economy.

The Taigun SUV is a part of the Volkswagen Group’s ‘India 2.0’ project with styling inspired by the T-Cross SUV sold abroad. At the front, the SUV comes equipped with a split chrome grille placed right above the signature logo, a twin-pod LED headlamps with LED daytime running lights, aggressive bumper with body cladding at the bottom and faux skid plate. It also gets subtle chrome touches, which gives it a premium look.

The side profile of the Volkswagen Taigun SUV looks identical to the T-Cross sold in Brazilian markets. It comes with large roof rails, pronounced wheel arches and a high ground clearance. The SUV gets a thick body cladding that runs across its length. It rides on machined 17-inch alloy wheels. At the back, the VW Taigun gets C-shaped tail-lamps with LED elements and a horizontal lightbar that runs across the tailgate, and roof-integrated spoiler.

The mid-sized SUV comes equipped with 2,651mm of wheelbase, which is around 90-100mm longer than the European T-Cross. It measures 4,225mm in length, which is slightly longer than the T-Cross SUV sold abroad. The SUV will ride on higher ground clearance to suit the Indian road conditions.

The interior styling of the Taigun SUV is heavily inspired by the global Polo hatchback. It comes with clutter-free dashboard with minimalistic use of buttons. The central console is dominated by a large touchscreen infotainment system with Android Auto and Apple CarPlay. It has digital instrument console, automatic climate control, multi-functional steering wheel, driver-side armrest and auto-dimming IRVM. The SUV will get leather seats, rear air-con vents, electrically adjustable ORVMs, electric panoramic sunroof and others.