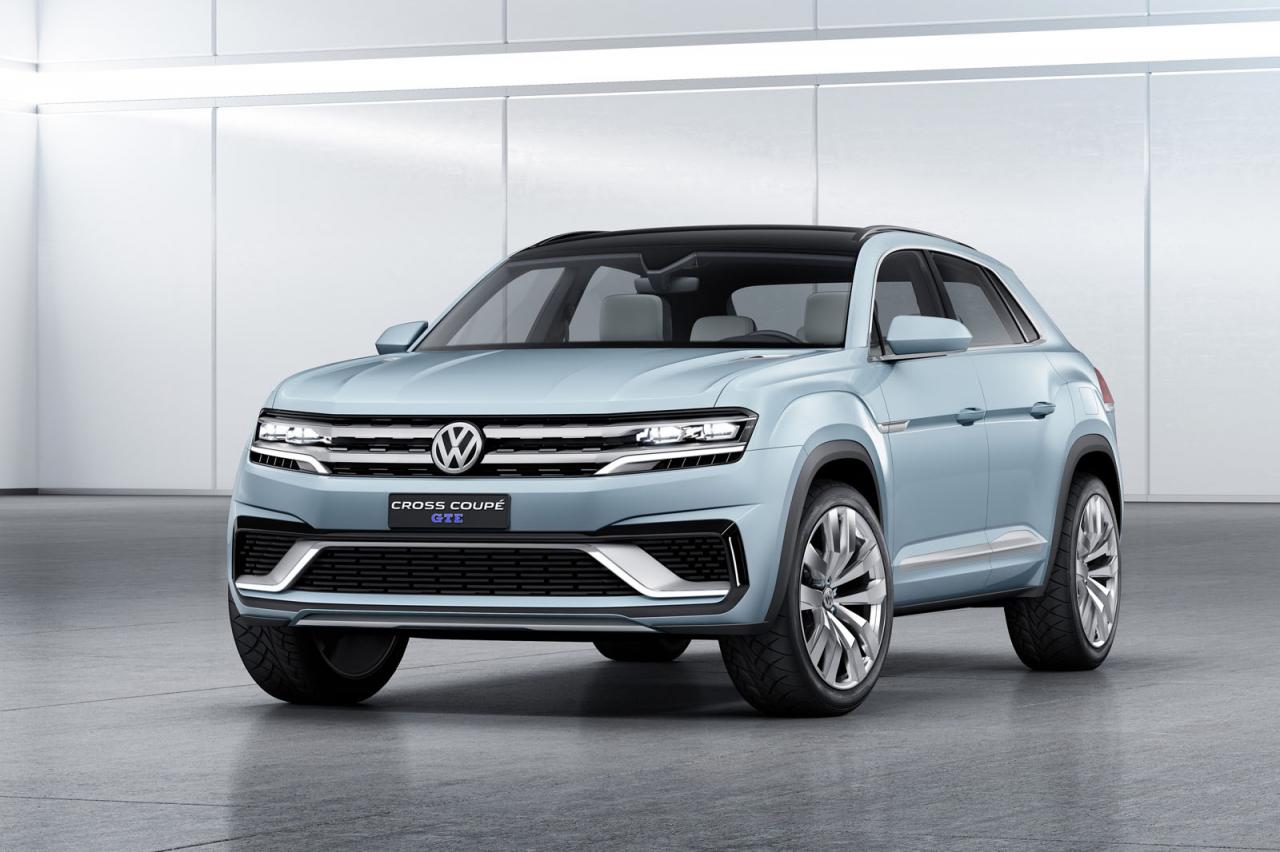 This upcoming crossover sports an aggressive front façade. It features an aluminum grille flanked by uniquely designed LED headlamps. Also visible are the muscular fenders and strong character lines running across the length. The sloping roofline adds to its sporty character, while the rear features a tailgate-mounted spoiler. Its flared wheel arches have been fitted to 22-inch aluminum wheels. Powering the Cross Coupe GTE is the plug-in hybrid powertrain that comprises of a 3.6-litre V6 engine, two electric motors and a 14.1 kWh lithium-ion battery. This assembly is capable of producing a combined power output of 355bhp and a peak torque of 379Nm. The all-wheel drive model accelerates to 96kmph from zero in just six seconds, and it can run up to 32km on electricity alone.

Volkswagen has confirmed that the Cross Coupe GTE concept will enter into production form at the Chattanooga, Tennessee plant by the end of 2016. Interestingly, the production-spec model will have seven seats.