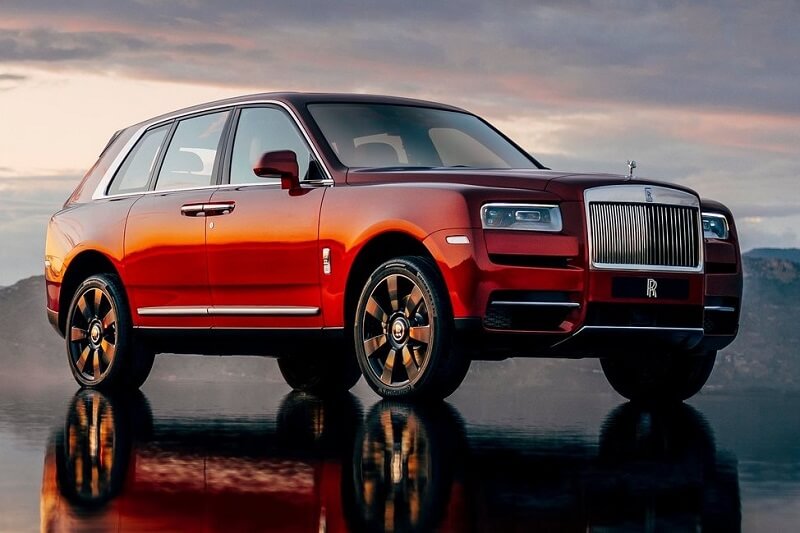 Rolls-Royce, British ultra-luxury carmaker had announced its intentions to build an SUV in 2015. In less than 4 years, the company has revealed its first-ever SUV – Rolls Royce Cullinan. Named after a 3,106-carat jewel extracted from a South African mine in 1905, the Cullinan is the brand’s first ever “all-terrain, high-bodied car” that makes luxury travel “effortless, everywhere.” 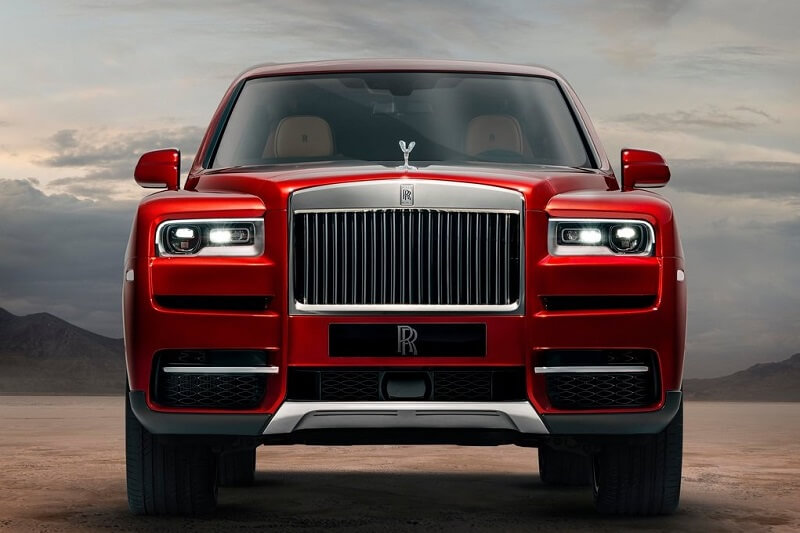 Rolls Royce Cullinan’s design is inspired from the Phantom, which is visible from the front. Upfront is a signature Rolls-Royce pantheon grille, which is flanked by the eyebrow-like LED daytime running lights. The side profile looks sophisticated, featuring strong shoulder line, suicide doors and sloping roofline. The SUV rides on massive 22-inch wheels. At the back, the SUV has protruding boot lid that reminds one of the D-Back Rolls-Royces of the 1930s, some of the last of the marque to still carry their owner’s luggage on a shelf outside the car. Read – Rolls Royce Phantom VIII Pics & Details 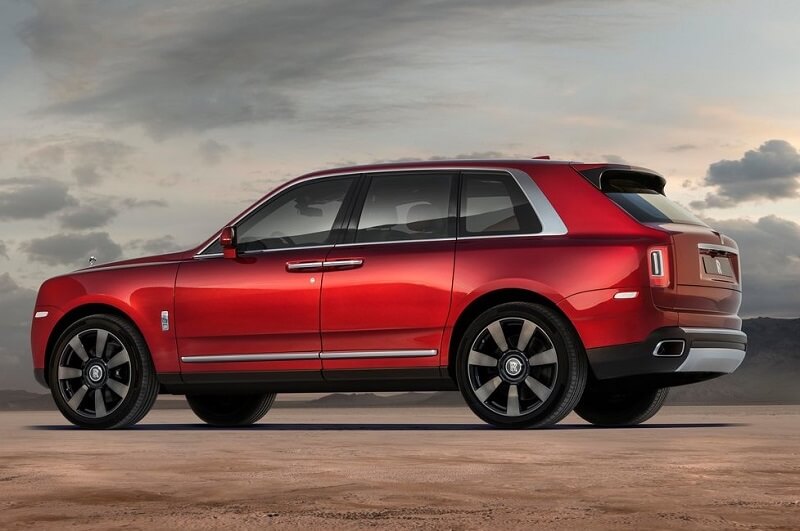 It is built on the same aluminium spaceframe architecture that also underpins the Phantom. The Cullinan is considerably bigger than its direct rival – Bentley Bentayga. The SUV gets longer wheelbase of 3,295mm, which should create more space for rear-seat passengers. The Cullinan offers a luggage carrying capacity of 560-litres, which can be further expanded by up to 1,930-litres by folding the rear seats. Read – Rolls Royce Ghost Series II Launched

The cabin design of the Rolls-Royce Cullinan is largely identical to the Phantom. The SUV gets sportier, smaller steering wheel, all-digital instrument console, signature analogue clock on the dashboard and the rotary spirit of Ecstasy controller on the centre console. For the first time, Rolls-Royce offers a touchscreen infotainment system in any of its car. 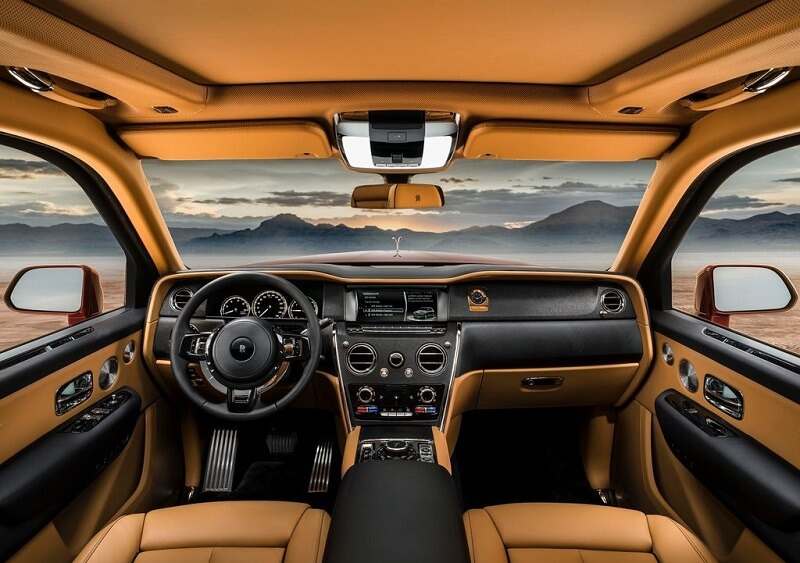 While the standard version of the Cullinan offers seat for five adults, customers can also opt for the ‘Individual Seat’ configuration. This configuration will replace the rear bench with two individual thrones, separated by a drinks cabinet that accommodates a refrigerator. It will also add a glass partition between the second row and boot, which makes the cabin more silent and maintains the temperature even when the tailgate is open. Also See – Rolls-Royce Sweptail – This is how the world’s most expensive car looks like

Under the hood, the Cullinan gets a re-developed 6.75-litre, twin-turbocharged V12 engine that produces 571bhp of maximum power and 850Nm of torque. The SUV offers strong bottom-end, as it offers torque from as low as 1,600rpm. It is claimed to have an electronically limited top speed of 250kmph. 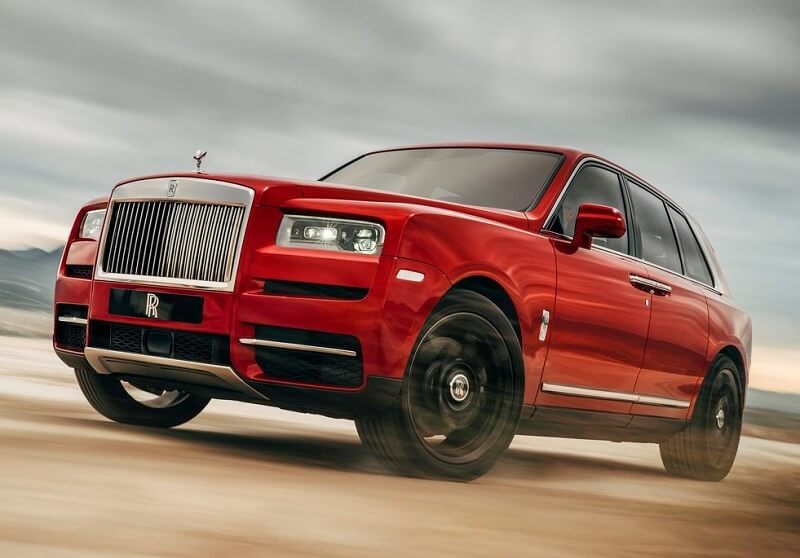 The Cullinan is also the brand’s first all-wheel-drive offering. It also features trick self-levelling air-suspension, which helps it provide ‘Magic Carpet’ ride quality across all types of terrain. The SUV also has multiple driving modes – rough track, gravel, wet grass, mud, snow and sand. While using off-road mode, the Cullianan’s electronically controlled suspension uses an air-compression system to actively push down any wheel it detects losing traction. This ensures every wheel is constantly in contact with the ground.

The exact launch date of the Cullinan is yet to be announced, but it is expected to be launched by the end of this year or in the first quarter of 2019.

The company will position this SUV between the Ghost (Rs 4.5 crore) and the Phantom (Rs 9.5 crore). It is expected to be priced somewhere between Rs 6 and 7 crores.