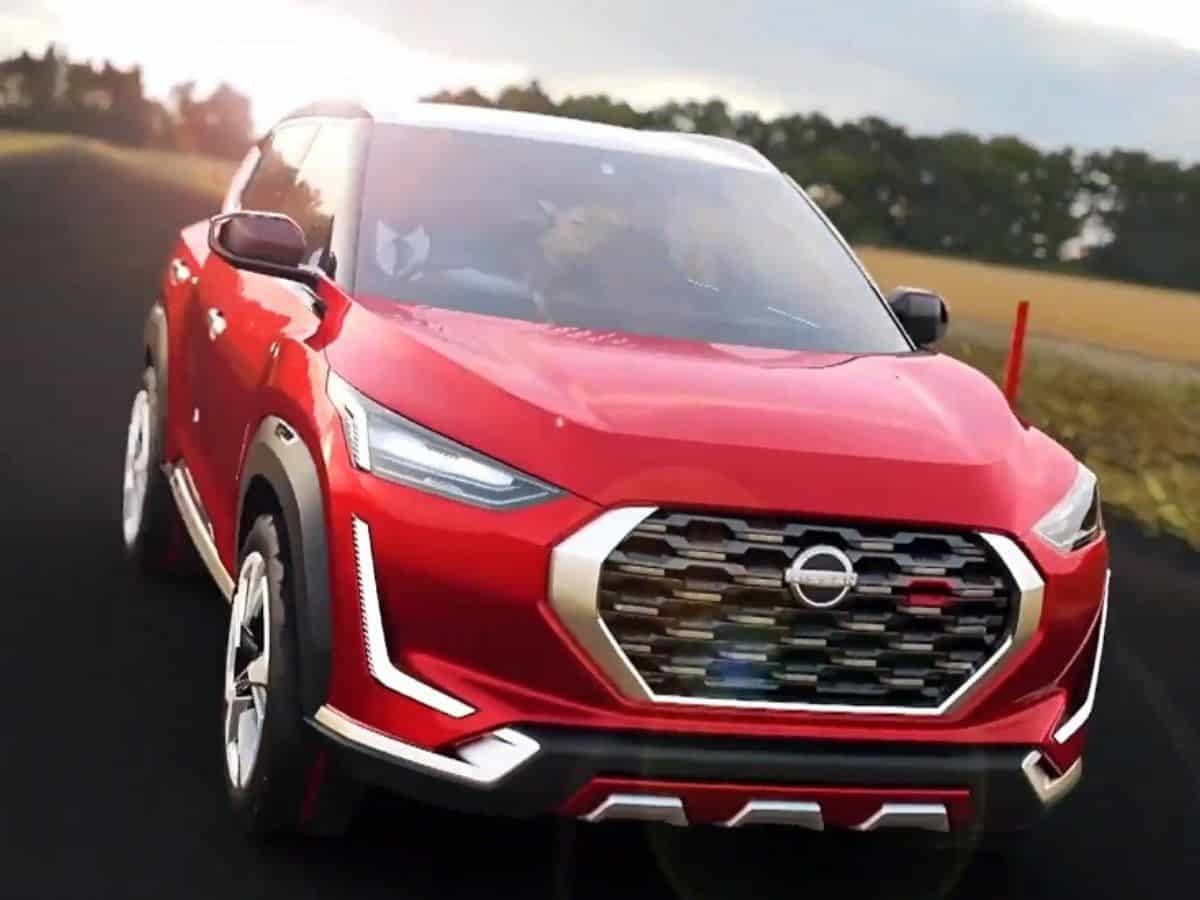 The Japanese carmaker is all set to foray into subcompact SUV space with the all-new Nissan Magnite. The model recently made its global debut via official images. While its launch date and details are yet to be revealed by the carmaker, the compact SUV is reported to hit showrooms by the end of this year or early next year. The company aims achieve aggressive pricing and sell 1,500 – 2,000 units of the Nissan Magnite on monthly basis.

The final model of the SUV is likely to retain most of its design bits from the concept including crossover-like stance, sloping A and C-pillars, sculpted bonnet and flared wheel arches. While the headlamps look similar to the Nissan Kicks, the large octagonal grille and L-shaped DRLs are more like Datsun. The chrome and red details on the grille and front bumper with rugged scuff plate further enhance its sporty looks.

Other interesting elements include chromed door handles, contrast roof, blackened A-pillars, cladding on the wheel arches and door sills, LED taillamps and rear bumper with brushed silver elements and a scuff plate. Interior layout and feature details are still under the wraps. Though, it’s likely come with an 8.0-inch touchscreen infotainment system, a 360 degree camera, connected car technology and cruise control. Rumour has it that it might offer an electric sunroof. Read – Nissan To Launch 8 New Cars in India, Africa and Middle-East

Under the hood, the Nissan Magnite will employ the naturally-aspirated 1.0L, 3-cylinder petrol and the turbocharged 1.0L, 3-cylinder petrol engine. While the former will produce a maximum power of 72bhp, the latter will deliver around 95bhp. The naturally-aspirated motor can be had either with a manual gearbox or an AMT unit. The turbo-petrol mill will be offered with a manual and a CVT automatic transmission.

Prices of the upcoming Magnite compact SUV are reported to be as low as Rs 5.25 lakh (ex-showroom). If launched at this price point, it will be the most affordable Nissan SUV in the country.